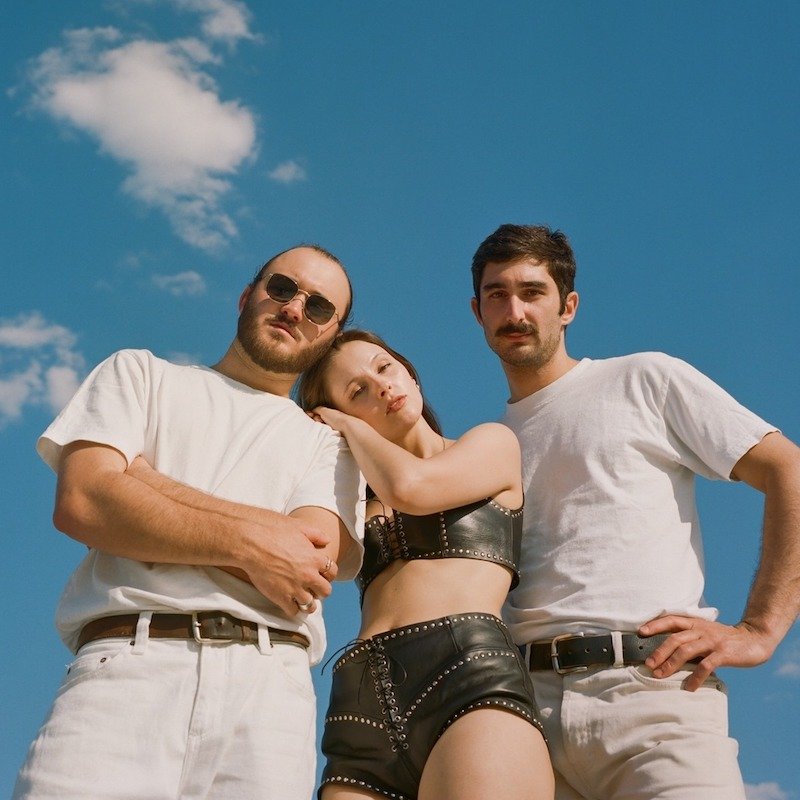 San Cisco (Jordi Davieson, Joshua Biondillo, and Scarlett Stevens) is an indie-pop band from Fremantle, Western Australia. Not too long ago, they released a music video for their “On the Line” single.

“I know that we need to talk. Maybe we should take a walk ‘round here. I know you got things on your mind. I’m sorry I don’t take the time to care. You say you want things to change but they just stay the same. It’s not in your head there’s something in the air. And when we disconnect I still feel you there.” – lyrics

‘On the Line’ dives into the dynamics of a waning relationship between a couple who feels disconnected. Apparently, their relationship has come to a fork in the road (or a dead end) and they don’t know which way to go. Their friends suggest that they should move on because the damage has already been done, and what’s left is too broken to fix. But the couple desire to patch things up because they don’t want to give up on their love for each other.

“Where do you draw the line? When do you pull the plug? How do you know if the juice is worth the squeeze? The game of love is never an easy one to play. Do you pick up the pieces and move on to something new? Or stick it out for another round of romance?” – San Cisco

“On the Line” single

We recommend adding San Cisco’s “On the Line” single to your personal playlist. Also, let us know how you feel about it in the comment section below.