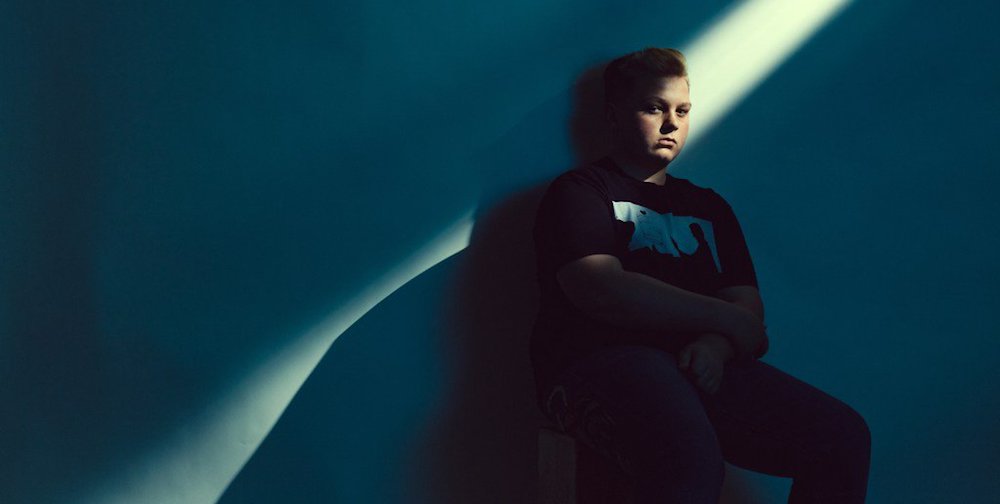 Saint Mars is an alternative-rock band out of the UK. Not too long ago, they released a music video for “Ocean Blues (Acoustic Version) ”, a single from their “Somewhere Somebody” EP featuring Tryzdin Grubbs, a 13-year-old pop singer with a voice beyond his years.

“Ocean Blues” addresses the sensitive topic of bullying and vulnerability of childhood, in the form of a young boy harassed by dark shadows.”

The anti-bully tune is very personal to Tryzdin, who previously underwent sustained bullying.

The Romain Bedouet- & Julia Bois-directed video begins with Tryzdin singing on stage at a talent show with a loving display in the background.

The following scene finds a boy seated on the ground writing in his notebook. Also, the shadow of an enormous bug, representing the bullying energy, hovers above his head.

The boy walks away but the shadow follows him home. Inside his bedroom, he is being haunted by its negative energy.

Outside, in the daytime, he tries to run away from its presence, but it’s everywhere. It even inks his skin with tattoos that he can’t rub off.

Darkness envelops the boy’s happiness, and he is sad, worried. That state of mind stays with him until he becomes a man who wakes up in a field.

He walks through a tall grass field and finds a woman who colorizes his demonic tattoos to designs that are eye appealing.

Not too long ago, Mars released a music video for the title track from their EP.

“The video reinforces the song’s narrative of the 13-year-old boy looking for love via his mobile phone, only to realize he must love himself first.”