rosecoloredworld (Addison Scott and RAE) is an LA-based pop duo. Not too long ago, they released a music video for their debut single, entitled, “Walking on the Sun”.

“Had to ride the bus home ’cause life ain’t free. Every day, a new dude staring right at me. Then I missed my stop ’cause I fell asleep. When I open my eyes, I don’t know where I’ll be. A Thousand different people tell me lies. Now, I’m trying to decide which one to buy. Why you dance around like everything’s alright. I don’t believe in superstition.” — lyrics

‘Walking on the Sun’ describes the many hardships that people go through. Also, it defines the importance of remaining true to oneself with positivity even in those times of darkness.

The song touches on mental health, mentioning anxiety and referring to it as their “best friend” to remove the dark stigma that follows it.

“Coming together is a toast to believing in oneself, to overcoming societal norms. To breaking the stereotype that love and fame cannot exist in the same place. Also, to giving peace a chance, and at the end of the day, using love as the catalyst to connect the world.” – rosecoloredworld

Positivity is a clear theme in rosecoloredworld’s music that stems from the struggles that they had to face to get to where they are now.

The psychedelic duo began their music careers as solo artists. When they first met at a show, they were wearing rose-colored glasses on the same night that Tom Petty passed away.

After Addison offered to back RAE at a show in Venice, they realized they were much stronger together. Shortly afterward, rosecoloredworld was formed. 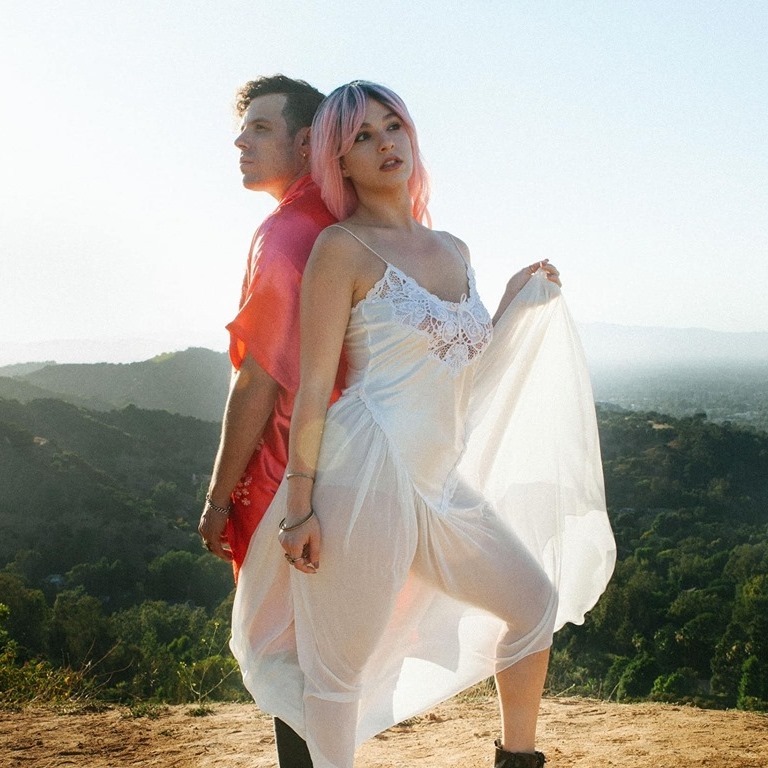 Although music came first, rosecoloredworld’s undeniable chemistry brought them together romantically as well.

They merged their real-life romance with mystical energies to concoct a singable anthem with a universal message—even if you’re going to get burned, keep going.

Still, in their honeymoon phase, the pair started crafting music that allowed for the fog to clear from their respective lives.

“Walking on the Sun” single

‘Walking on the Sun’ contains a sunny disposition, pleasing vocals, and tuneful melodies. Also, the likable tune serves as the perfect opening for Addison and RAE to welcome you into their rosecoloredworld.

We recommend adding rosecoloredworld’s “Walking on the Sun” single to your personal playlist. Also, let us know how you feel about it in the comment section below.