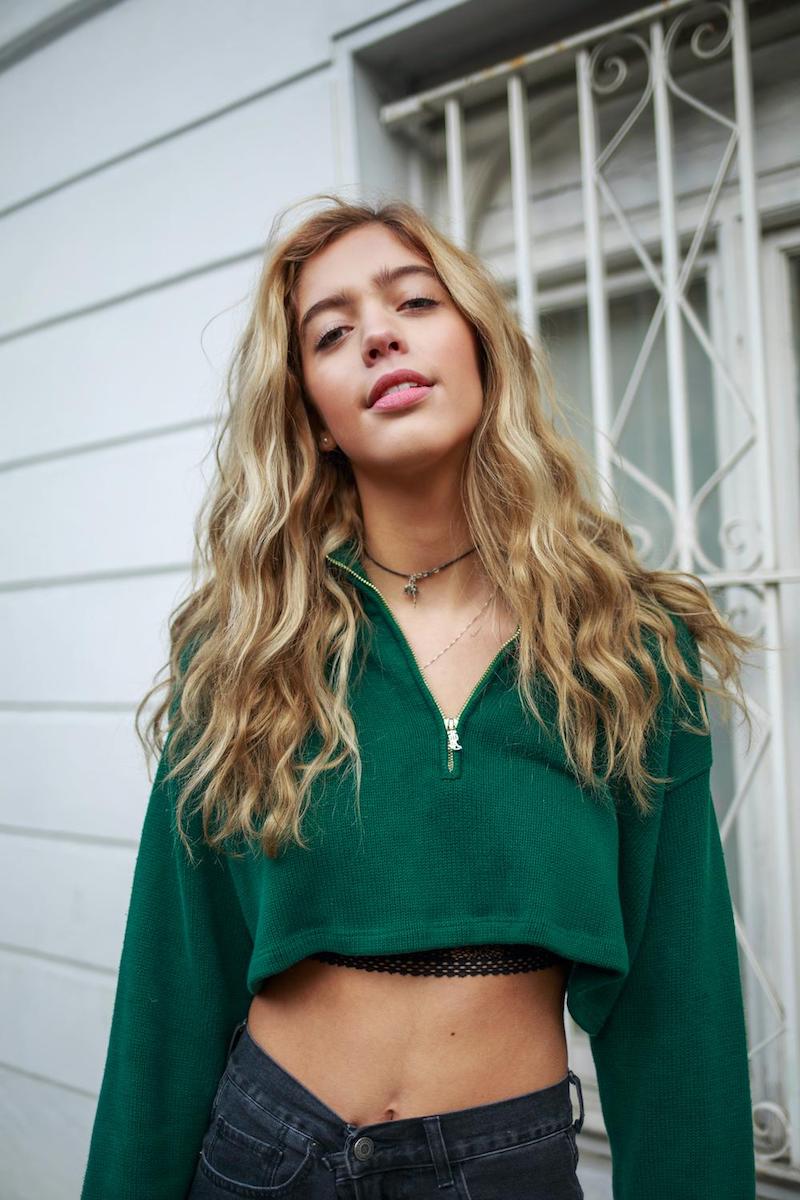 Ronnie Watts is a singer-songwriter from Rochester, New York. Not too long ago, she released a fun-filled audiovisual video for her “Sad Summer” single, produced by Harper James via W!ZARD Talent.

“It was super spontaneous and I decided to make it with my friends at a spur of the moment. We filmed it at our local grocery store and it was just really fun to dance around and embarrass ourselves. We were definitely getting some concerned looks from people. I wanted to nod to this summer and everything happening with COVID. I think being in a grocery store and having to wear masks kind of shows the more depressing side of everything. But the goal of the video was to brighten up the whole grocery store. The whole thing was shot on my iPhone and a GoPro we connected to a grocery cart. It was really chill. Ollie Rillands edited it all together and made it look so cool.” – Ronnie Watts stated

In addition to the video, Ronnie Watts has announced her upcoming Live From Home Show. The virtual concert will be held Monday, September 21, at 8 PM EST. During the show, Ronnie will play her new EP, “I DON’T TRUST U AT ALL” in its entirety from the comfort of her bedroom. Also, she will perform previous singles and upcoming, never-before-heard releases for 2021. Tickets are on sale now and can be bought HERE with 50% of the proceeds going to the Jed Foundation.

Since her signing, Ronnie Watts has elevated her sound with each release displaying the growth as an artist and deepening vulnerability. In all aspects, she has pushed herself as an artist, both in her music and the visuals that accompany them. Not only does her music resonate with fans across the world, but her level of introspection is resounding. The artist-to-watch is well on her way to stealing the top spot on everyone’s playlist. Simply put: Ronnie Watts is the modern hero for the suburban teen spending their nights listening to heartbreaking tunes in their bedroom.

We recommend adding Ronnie Watts’s “Sad Summer” single to your personal playlist. Also, let us know how you feel in the comment section below.