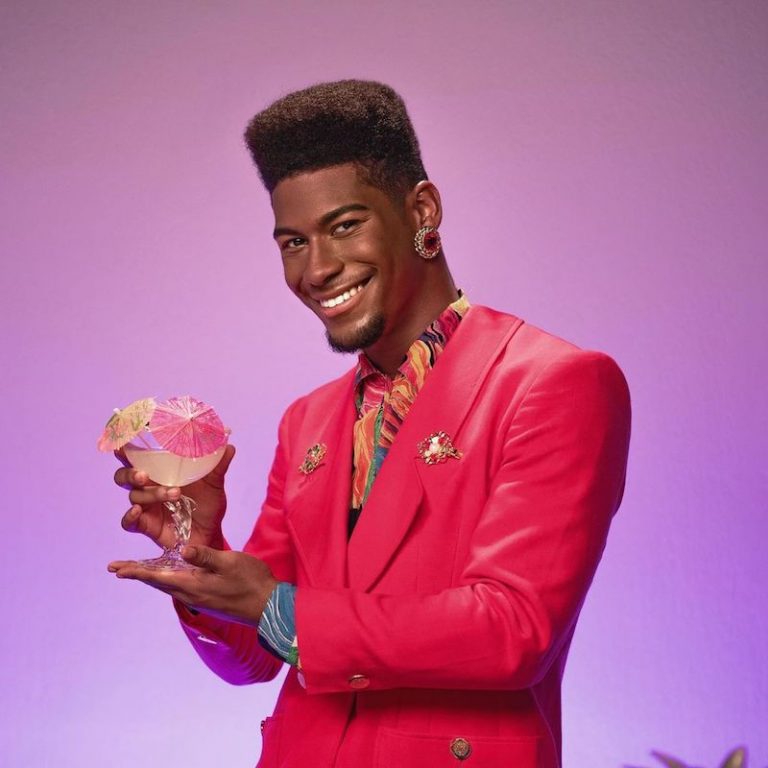 Røcket (Sébastien Rogier) is a 24-year-old singer-songwriter and producer from France. Not too long ago, he released a ‘90s-inspired music video for his “A Tease” single. The song deals with the desire to please and reboot the ego. But the risk of falling in love with a love interest is extremely high.

‘A Tease’ finds Røcket opening the doors of his supercharged universe and making a flamboyant entry onto the French pop music scene. The debut video discovers “Røcket TV” as well as the crazy, Ricky Røck, Røcket’s alter ego, who shares his recipe for the Røck N’ Mule.

Everywhere, references: an ingredient named ‘WAP’ acronym for Wet A** Peach, a wink at Cardi B’s WAP; a tribute to the New Jack Swing and MTV. A style borrowed from the Prince of Bel-Air. However, far from an umpteenth ‘90s parody, Røcket is responding here to fast-fashion and overconsumption by collaborating with the eco-responsible brand, Outrage, and by wearing the famous overalls of Andrea Crews, pioneer of upcycling. Over-connected, it shows that recycling is the new trend.

Røcket’s stage name is a tribute to his native, French Guiana, where the Ariane rocket is launched. Not too long ago, he abandoned classical music to devote himself to his true love—pop music and dance. Growing up, Røcket was mainly inspired by Michael and Janet Jackson.

‘A Tease’ contains a relatable narrative, ear-pleasing vocals, and tuneful melodies that will resonate well with fans of The Weeknd and Lil Nas X. The dance-friendly tune possesses groovy synth bass-laden instrumentation flavored with contemporary dance, electro-pop, and R&B elements. Furthermore, “A Tease” serves as a tasty appetizer to what listeners can expect to hear on Røcket’s upcoming debut EP, entitled, “Eclipse,” set to be released early in 2022.

We recommend adding Røcket’s “A Tease” single to your favorite electro-pop playlist. Also, let us know how you feel in the comment section below. Mel Blanc’s famous catchphrase, “That’s All Folks!” Thanks for reading another great article on Bong Mines Entertainment – the hot spot for new music. Furthermore, always remember that (P) Positive, (E) Energy, (A) Always, (C) Creates, (E) Elevation (P.E.A.C.E).