Port Cities (Dylan Guthro and Carleton Stone) is a soulful pop outfit based in Halifax. Emma-Lee is a singer-songwriter based in Toronto. Not too long ago, they released their “I Still See You At Parties” single.

Port Cities & Emma-Lee – “I Still See You At Parties” single

“‘I Still See You At Parties’ was inspired by a conversation we had in a Nashville writing room with our longtime collaborator and friend, Emma-Lee. Dylan was discussing a recent breakup that he was still working through. He explained that ‘Everything’s all good between us. We still talk and get along. But I still see her at parties and that’s when it’s hard.’ We all stopped after he said that line and wrote this song. We were aiming to capture the feeling of running into an ex-lover who you have a complicated past with. But we wanted to approach it in a light-hearted way. ‘I Still See You At Parties’ recognizes that there are always lingering feelings when you see each other in person after a relationship has ended.” – Port Cities

‘I Still See You At Parties’ tells a relevant tale that captures the heartache of running into an ex-lover. The likable tune contains a relatable narrative, ear-welcoming vocals, and tuneful melodies. Also, the song possesses vibrant instrumentation flavored with a commercial pop aroma. Furthermore, “I Still See You At Parties” serves as a tasty entrée to what listeners can expect to hear from Port Cities in the near future. 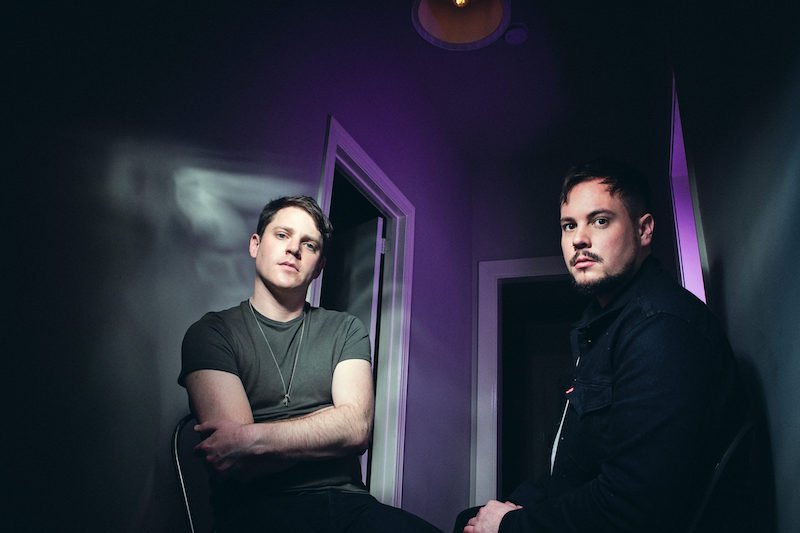 The end of 2019 marked the amicable departure of beloved founding member Breagh McKinnon, and 2020 signals the beginning of a new Port Cities. With Guthro in the producer’s chair and both he and Stone taking charge of the writing, the two have been dizzyingly busy over the past few months. Both at home in Halifax and in the music mecca of Nashville. They’ve been taking all the experience they’ve amassed from countless gigs around the globe and distilling it into dazzling pop in the studio.

“I Still See You At Parties” single

We recommend adding Port Cities’ & Emma-Lee’s “I Still See You At Parties” single to your personal playlist. Also, let us know how you feel in the comment section below.