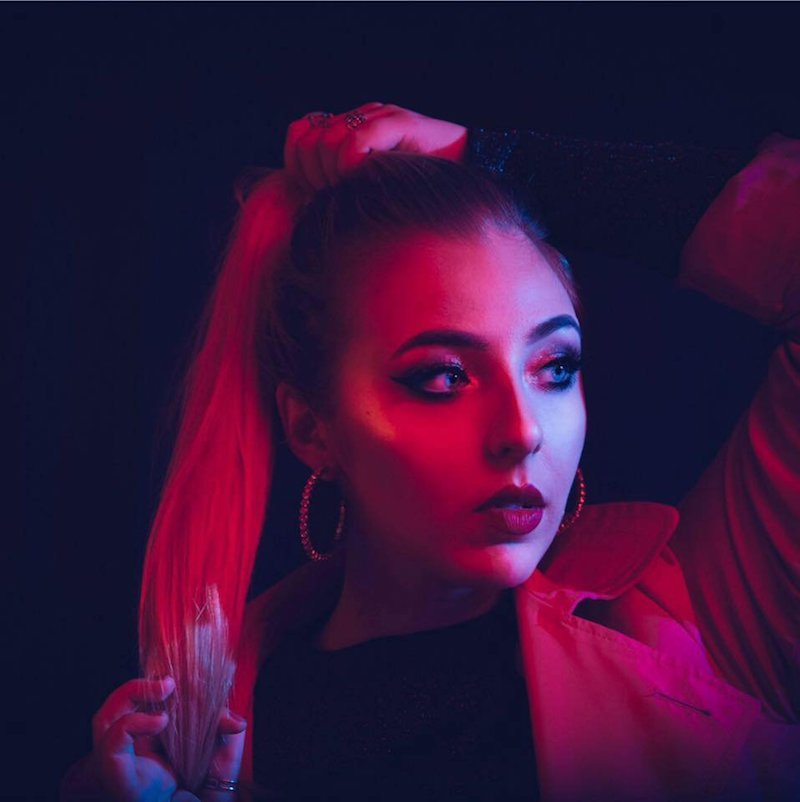 Olivia Addams is an up-and-coming singer-songwriter from Romania. Not too long ago, she released a music video for her debut single, entitled, “Sick Lullaby”.

‘Sick Lullaby’ tells an emotional tale of a wealthy young woman who feels empty inside. As she drives her Porsche (on her way to church) she wonders why she can’t trust her lovers. After reaching her destination, she sips gin and confesses her sins. Later, she admits that she’s superficial, and prays that God doesn’t judge her, even though she already sold her soul to the Devil.

“I don’t know where I am going, but I hope you are coming with me. I gave up on the idea of making music so many times. But each time something drew me back. It was the only thing that helped me express my feelings in a nontoxic but creative way. I am so excited about releasing my first solo track called ‘Sick Lullaby’. Writing this song felt like letting go of some feelings that were stuck in me for a long time because I was blaming myself for most of them. Accepting who I used to be and am up until today, made me understand that it is ok for people to be mean or superficial sometimes. It is ok to put a mask in order to avoid getting hurt. It is ok to be and feel every emotion that the human spectrum has. I feel like most people try so hard to show how humble and good they are. I tried showing that greed, superficiality, and ignorance must also be taken into consideration instead of hiding them under the mattress. It is not who you are. It is just a part of you. I am not saying you should be like this. I am sharing my experience while having this behavior. What you take from it, is totally up to you.” – Olivia Addams

Olivia Addams has contributed to the fertile pop Romanian scene for quite a few years now. So far, she has released music via major labels and has been a songwriter for several major artists. “Sick Lullaby” serves as her biggest musical moment yet and a fantastic introduction to what listeners can expect to hear from the charismatic newcomer in the near future.

We recommend adding Olivia Addams’s “Sick Lullaby” single to your personal playlist. Also, let us know how you feel about it in the comment section below.