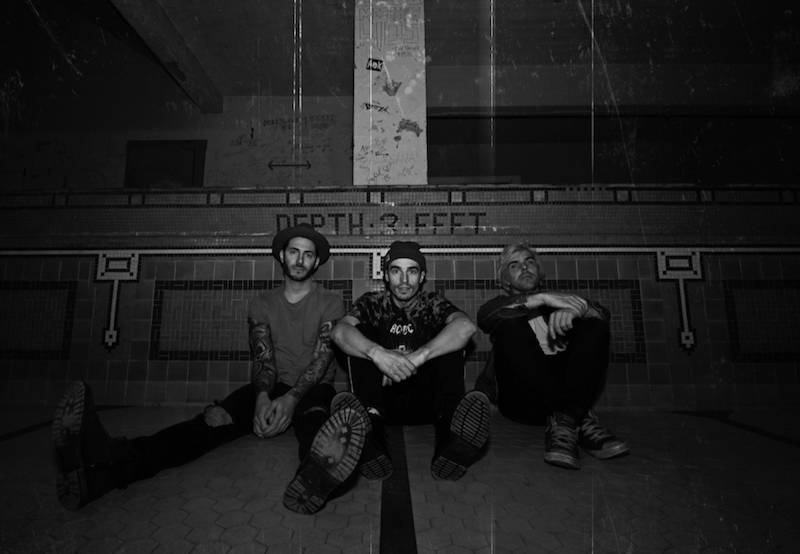 New Politics is a three-piece alternative-rock band. Not too long ago, they released a lyric video for their “Comeback Kid” single.

“Keep on keepin’ on. Go stronger when you feel weak. Go harder and harder and harder. Too late, can’t stop me now. I’m a kerosene daydream and a box full of matches. I’m praying, I’m changing, I rip out the pages of that book of rules. Yeah, I’ll write my own words.” – lyrics

‘Comeback Kid’ tells an inspiring tale of a determined young man who admits that sometimes he gets frustrated with life and hates when he loses or fails.

Apparently, people talk trash about him, and sometimes he gets knocked down and even knocked out. But one thing is for sure, he always gets back up more strongminded than ever and keeps on keepin’ on no matter what.

“Writing ‘Comeback Kid’ couldn’t have come at a more perfect time for us. I feel the message of the song might not be anything new, it’s something we’ve all heard before. But it’s a reminder and a truth everyone needs in their life. If you’re playing a game, if you’re in a relationship or hustling at work, life is a roller coaster of wins and losses. But you must maintain the will and the courage to bounce back.” – David Boyd

The band exploded on the scene with their smash hit, entitled, “Harlem”. So far, the bubbly tune has amassed over 31M streams online via Spotify.

They have performed on Jimmy Kimmel Live!, The Tonight Show Starring Jimmy Fallon, Late Night with Seth Meyers, and CONAN. Also, they have toured with Pink, Fall Out Boy, Paramore, 30 Seconds to Mars, Panic At The Disco, Dirty Heads, Twenty-One Pilots, and 311.

In June, New Politics will celebrate their 10-year anniversary as a band with a 6-city venue tour to get up close and personal with the fans who have supported them.

We recommend adding New Politics’ “Comeback Kid” single to your personal playlist. Also, let us know how you feel about it in the comment section below.