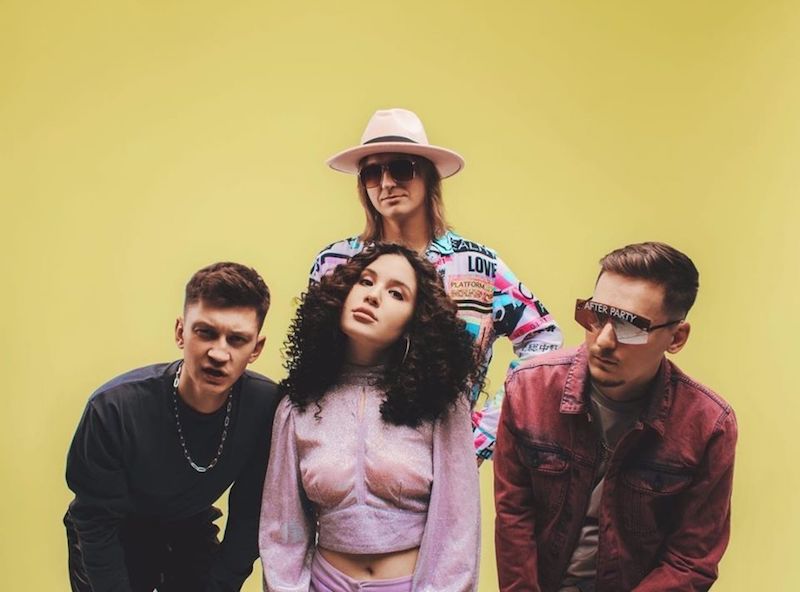 Neon Tapehead is a four-piece band from Moscow, Russia. Not too long ago, they released an inspiring R&B tune, entitled, “Never Say Never”.

“Never say never, everything is possible now. You don’t know what’s gonna happen ‘cause life is full of promises.” – lyrics

‘Never Say Never’ tells a heartfelt tale of an optimistic young woman who believes in positive outcomes. Even though life comes with setbacks and obstacles, she believes she will persevere because the possibilities in life are endless.

Neon Tapehead was formed by Dmitry Ursul (guitars/songwriting/sound production) after he bought his first retro synth Roland JX-8P ’85. In 2016, he decided to form a full band with the drummer Alexandr Kovalchuk. Two years later, the band was reformed with (new singer) Maya Shoniya and (new bass player) Dmitry Votintsev. Since then, Neon Tapehead has performed all over Moscow and some other cities in Russia. Not too long ago, they released another sizzling tune, entitled, “Know What I Want”.

“I need you all along. Please, please, baby, don’t go. It is so unsecured ‘cause I know what I want. Don’t try fooling with me. Come and set me free. Maybe, you are the one i9f you know what I want.” – lyrics

‘Know What I Want’ tells a playful story of a young woman who knows exactly what she wants. Apparently, she sets the rules for the games she plays in life. Later, she admits that she doesn’t want a Corvette, limousine, rocket, or a submarine. What she wants is to be free.

We recommend adding Neon Tapehead’s “Never Say Never” and “Know What I Want” singles to your personal playlist. Also, let us know how you feel about Neon Tapehead in the comment section below.