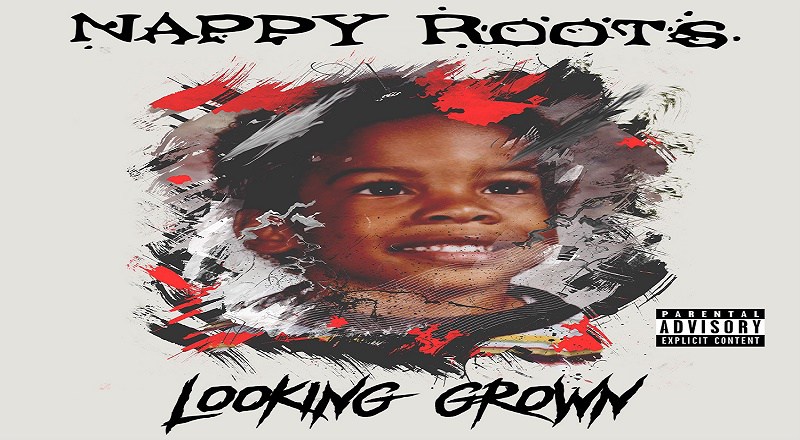 Nappy Roots is an alternative-southern rap quartet. Not too long ago, they released “Looking Grown”, a new song off their forthcoming “Another 40 Akerz” album.

“Standing in the mirror, ask myself, ‘What I’m rapping for?’ Used to be, smash hoes, drugs, and watch the cash flow. Now my life wise and older, but still an asshole. Chilling in my castle, nappy fro, and bathrobe. Labels that I made it out, the opposite of flat broke. Been f**king with them hoes a lot, but blowing dab smoke. Toking on some Afghan goot could make that ass choke.” – lyrics

Roots’ latest album, “The 40 Akerz Project“, received extensive chart coverage at CMJ, reaching #1 on the Hip-Hop Top 40 chart. Also, it broke into the Top 200 chart and was named the #16 overall hip-hop album of 2015 via the Year-End Chart.