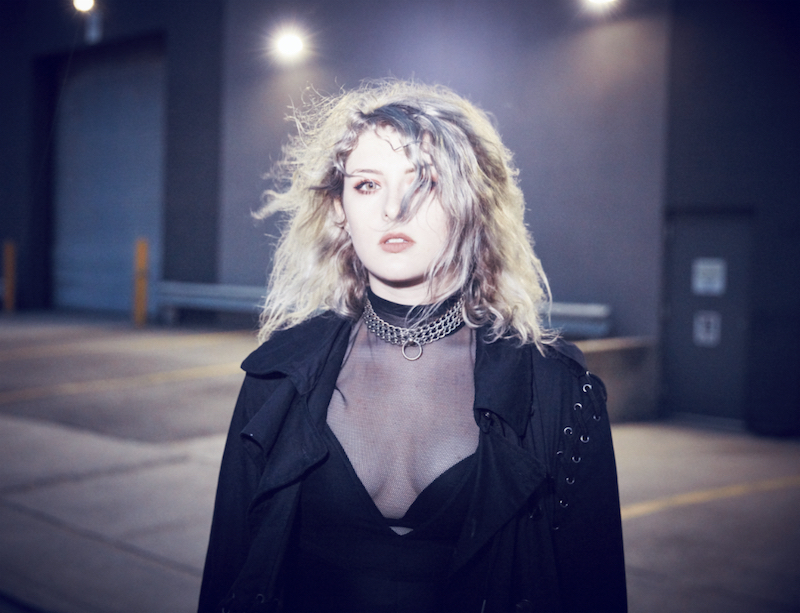 Mothica is the audio/visual project of Oklahoma-born singer-songwriter McKenzie Ellis. Not too long ago, she released a grungy emo-pop tune, entitled, “Now”.

“‘Now’ is a good introduction to my next era because it started as a freestyle in the recording studio, so I didn’t think too hard about it. I didn’t write out lyrics beforehand, I just pulled from my subconscious and leftover phrases from the graveyard of past demos. ‘It’s not my fault, it’s my fight’ embodies what message I wanted to get across with my music. I was born with mental illness and I choose to battle it every day. For the first time, I felt compelled to write a full-length project about my struggles and try to better myself in the process.” – Mothica

“Don’t get too close to me, you won’t like what you see.” Mothica is a name you should remember and an exciting artist to watch.

She moved to Brooklyn, New York, in 2013 with a scholarship to Pratt University for visual web programming. Amidst the school chaos, she worked on music as a side-project/cathartic release from her rigid school assignments.

But things changed after she released her first Soundcloud song, entitled, “Starlight”, produced by melodrama. In less than 24 hours, the track amassed over 100K streams, prompting Mothica to pursue music more ambitiously.

‘Now’ will be featured on her forthcoming debut album, entitled, “Blue Hour”.

“I had the song title ‘Blue Hour’ in my notes from 2015. It was the first-ever song title idea I had, but I never could find the right place for it until now. Blue hour is the time of day when the sky is painted a deep, rich shade of blue right before sunrise and after sunset. Everything feels so surreal and cinematic, but it only lasts for twenty minutes. It’s a fleeting transition from dark to light that I’ve been looking for in other people, relationships, drugs, alcohol, sex, food, and fantasy.” – Mothica

“I started writing songs when I was in the thick of my depression, self-medicating with drugs and alcohol while desperately seeking a way out. I worked on myself, I started exercising, I found group therapy, and I wrote songs constantly. Something radically shifted in me, and I was given the gift of perspective. I got sober during the writing of this album. Being able to share my honest, raw emotions in the recording studio truly saved my life. I’ve never felt so connected to my purpose as I have with all the music I’m releasing next. This is my blue hour.” – Mothica

We recommend adding Mothica’s “Now” single to your personal playlist. Also, let us know how you feel about it in the comment section below.