Gry Colding is the heart and brain behind the multi-artistic project, MoonBee, an alter ego created so that Gry could set themself creatively free from their earthly self. Not too long ago, MoonBee released a wonderful electro-pop single, entitled, “Bottomless Pit.”

“I think I’m ‘bout to lose my mind ‘cause all my dreams are out of sight. They ran away into the sand and nothing went as I had planned. Went to the shrink to sort it out, tried to connect with all the doubt. But there’s no purpose, there’s no cause ‘cause all I dreamt about is lost. Here’s to the sh*t, I quit — can’t recommit. Need to transmit this bit to a different time pit. All I emit — omit, from this orbit can’t recommit — I’m split to a different time pit.” – lyrics

‘Bottomless Pit’ tells an intriguing tale about a woman who admits, “Oblivion is now my home, it is the kingdom where I roam.” Apparently, she blames her current dilemma on luck. Later, she tells all who can hear, “Here’s to me and all my sh*t, let’s have a drink and throw a fit.”

“The inspiration I get from the universe and the astral objects I use both figuratively but also metaphorically. It can be tangible, as when I describe an astral object, but also intangible, as when I describe a feeling or a feeling of feeling small towards infinity. On the visual side, the Universe is an absolutely fantastic playmate, where I can draw on the infinite black but also the glitter-filled and breathtaking – and these are the contrasts that continue to fascinate me.” – Gry Colding explained

MoonBee’s galaxy-infused music and visual identity are centered around celestial bodies and everything they can track down from the contrast-filled outer space. An artistic standpoint that permeates both the music, the lyrics, and the visuality. A place where MoonBee can invest all their creative abilities and ideas.

The fusion of playful ‘60s beats, rocking ‘70s bass, atmospheric ‘80s synth, and omnichord, energetic ‘90s guitar riffs, and futuristic strong vocals make MoonBee + The Astronauts a new and refreshing sound for the international pop scene. Since 2018, MoonBee and her band of Astronauts have played an impressive number of concerts, including SPOT Festival, and Sofar Hamburg. Also, they have supported Pernille Rosendahl, Shy Shy Shy, GRETA, and Fallulah.

In January 2021, MoonBee released the EP, “Come Move In Another Dimension- Part I & Part II.” A 2-sided EP where the six songs can be heard in two different ways. The B-side with the famous Danish string ensemble, Who Killed Bambi. The debut EP received praise both at home and abroad, and several releases got airplay in Denmark on P1, P3, P4, and P6 and on Radio Fritz in Germany. 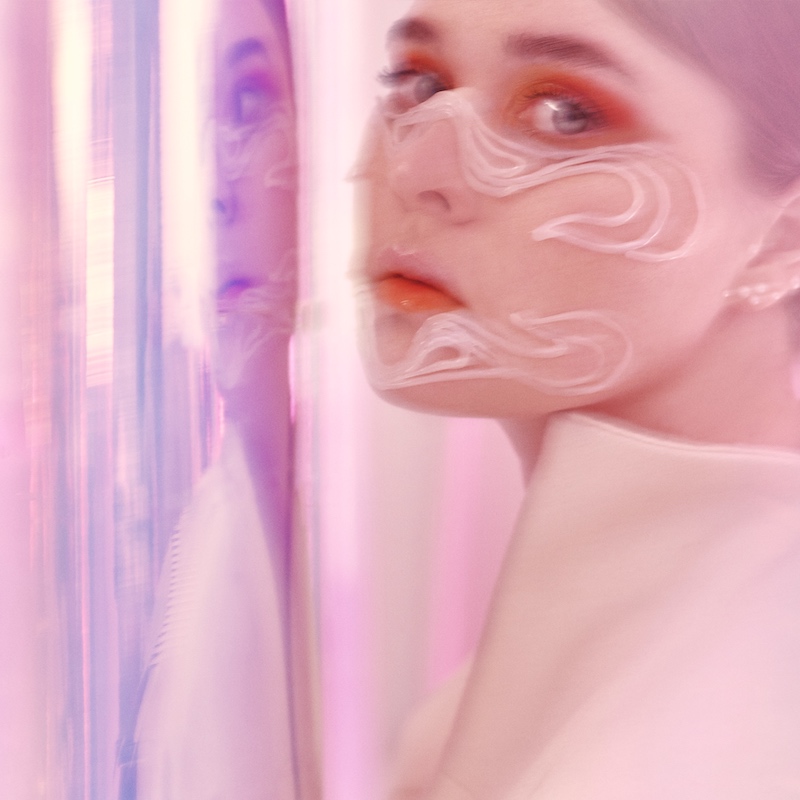 We recommend adding MoonBee’s “Bottomless Pit” single to your favorite electro-pop playlist. Also, let us know how you feel in the comment section below. Mel Blanc’s famous catchphrase, That’s All Folks! Thanks for reading another great article on Bong Mines Entertainment – the hot spot for new music. Always remember that (P) Positive, (E) Energy, (A) Always, (C) Creates, (E) Elevation (P.E.A.C.E). Contact us on social media via Twitter, YouTube, Instagram, or Facebook, and let us know what’s going on. Disclaimer: This post, contains affiliate links, and we may be compensated if you make a purchase through links on our website.