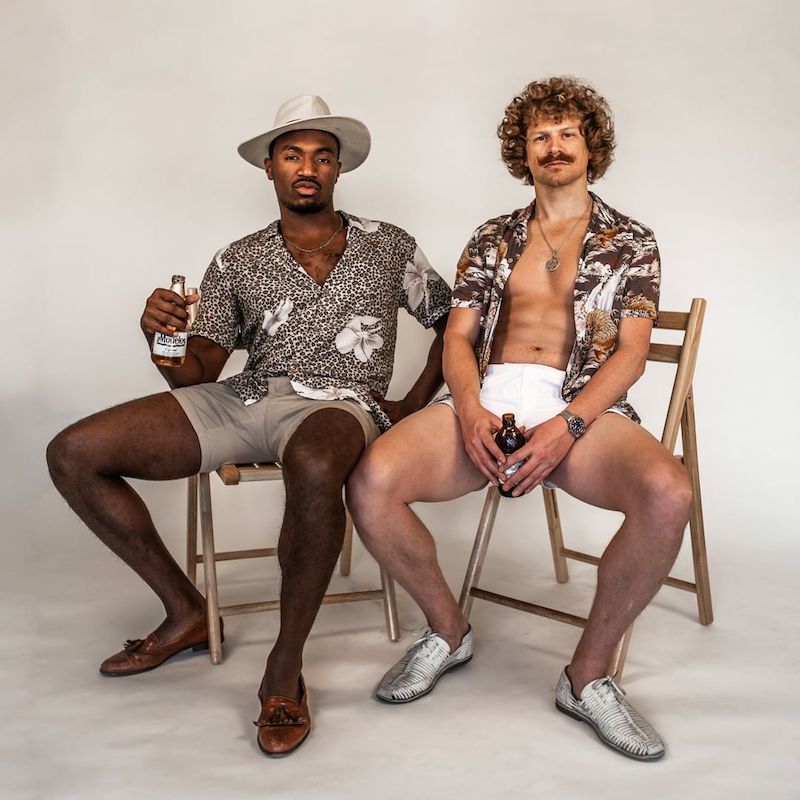 Montgomery is a producer and The Kid Cass is a rapper. Not too long ago, they released a lyric video for their debut single, entitled, “Geronimo”.

“All my maladies come from the heart. So that’s where I’d like you to start. Take a walk with me and let’s see if you vibe. Look, I ain’t really mean to make you mad. But I’m sorta tryna find a way to take you back. You a snack from the shack no paper bag. Baby, relax, not a trap, we a tasteful match. And yeah, I asked in the past if you’d be my wifey. No fear of if it wouldn’t be that likely. So clear that it would end up more than a might be. Have your friends gossiping, no Blake Lively.” – lyrics

Furthermore, “Geronimo” serves as Montgomery & The Kid Cas biggest musical moment yet. The song is a fantastic introduction to what listeners can expect to hear on the charismatic newcomers’ debut album, which will be released once a month as singles over the remaining year, with music videos for each following closely behind.

“This song was created by a car accident. Not kidding.”

A mustached Jewish man listening to loud rap music drives a crummy Prius down La Brea Boulevard. A homeless man suddenly runs out into the road, forcing him to swerve out of the way, clipping a neighboring automobile. The two collided cars pull over, music from both continuing to blare loudly.

After verifying their collective safety, and watching the homeless man urinate on a nearby storefront, they notice something: it sounds pretty damn good. Adam (Montgomery) is testing out a new mix of a beat instrumental, and Brandon (Kid Cas) is listening to a freestyle he performed at a recent cypher. And thus… Montgomery & The Kid Cas was born. That very verse and beat combination would eventually become “Geronimo”. Also, it wasn’t a homeless person, it was just David Spade.

Due to a surprisingly responsive Australian market, Montgomery & The Kid Cas will (hopefully) be performing their first complete tour in Oceania in the Summer of 2021.

Therefore, we recommend adding their “Geronimo” single to your personal playlist. Also, let us know how you feel about it in the comment section below.