Mauwe (Portia & Jay) is a Bristol-based indie-pop duo. Not too long ago, they released their debut EP, entitled, “The Art of Letting Go”.

The 5-track project is a chronicle of love lessons that Mauwe learned in life. Also, hopefulness is the common theme throughout the EP.

That’s All wishes an old flame the best. Nothing more nothing less. The song is sung from a female’s point of view, where the woman in question is thinking about her ex-boyfriend.

She knows their relationship is over. Plus, she’s dealing with the fact that he has moved on with another woman. But that doesn’t stop her from telling him that she’s thinking about him.

“You do what you want to. I always liked that about you. Haven’t heard from you in a while. I guess it means we’re cool. And I don’t need to be checking up. You seem to be doing okay. I just hope that she makes ya’ happy. But in a different way.”

Smoke a Pack is an edgy song about a woman that’s waiting for a phone call from a man she regrets being in a relationship with. While waiting, she realizes she should have never gotten into a relationship with him in the first place.

The woman is thinking about her friends warning her not to get into the relationship and other regretful actions. The situation is nerve-racking so she smokes a pack of cigarettes. She’s trying to release her stress and anger the cheapest way she knows how.

“Smoked a pack, a pack of cigarettes today. I don’t know how we let it get this way. It wasn’t meant to go this far. Last night, we said too much again. Can’t talk, can’t talk to my friends. They said, they knew how this would end.”

Gold is an apprehensive song about falling for someone new. The song places a woman that’s drunk in love with a man that makes her feel like gold.

The woman compares her current state of drunken love to someone who is on drink number three. Depending on what that person is drinking, probably means she’s feeling good inside. 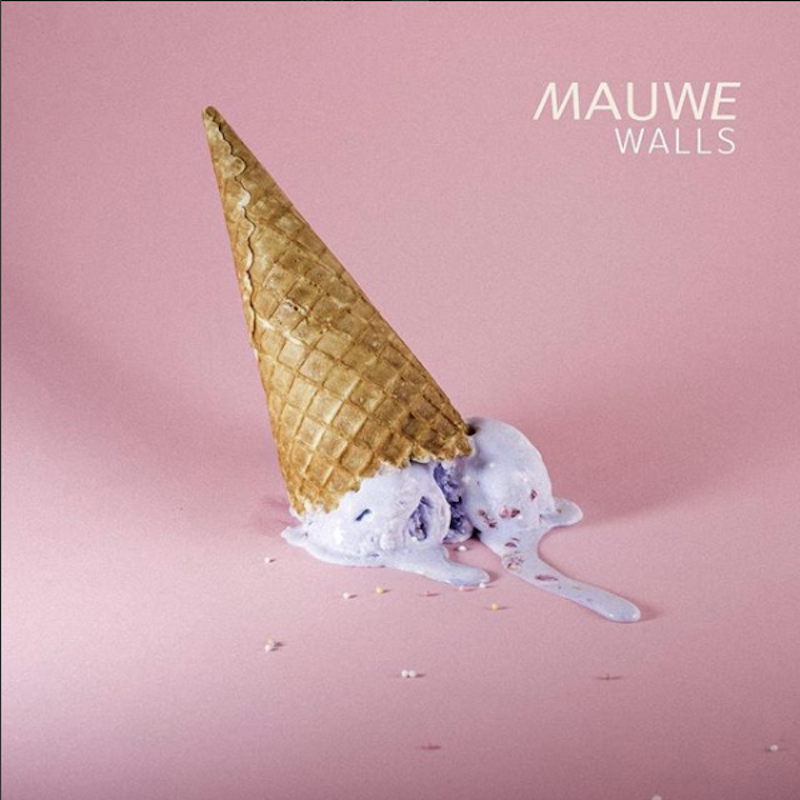 Walls is an emotional R&B/Soul ballad. It’s about a woman who’s losing her mind. Although she’s out of a broken relationship, her heart is still imprisoned there.

Portia sings, “Thought I saw you in a passing car? But I guess I’m losing my mind? And even though I know where you are it feels like you’re nearby.”

The woman is going insane trying to forget her ex’s name. She used to have control, but since he let her go, she writes on the walls to past time. Sometimes, love is a pretty gloomy thing, isn’t it?

If you’ve ever taken the time to look back at some of life’s more challenging moments, accompanied by a tub of Ben & Jerry’s or a bottle of wine, you’ll probably relate to Strangers.

The song is built on the sereneness of solitary thought. On moments that give us the clarity needed to see things how they really were.

“We wrote [Strangers] from the perspective of someone sitting in a plane and being forced to reflect on their current situation. But also experiencing a calmness in knowing they’ve made the right decision and are heading onto better things. Sometimes it’s only hindsight that can afford us this luxury.” 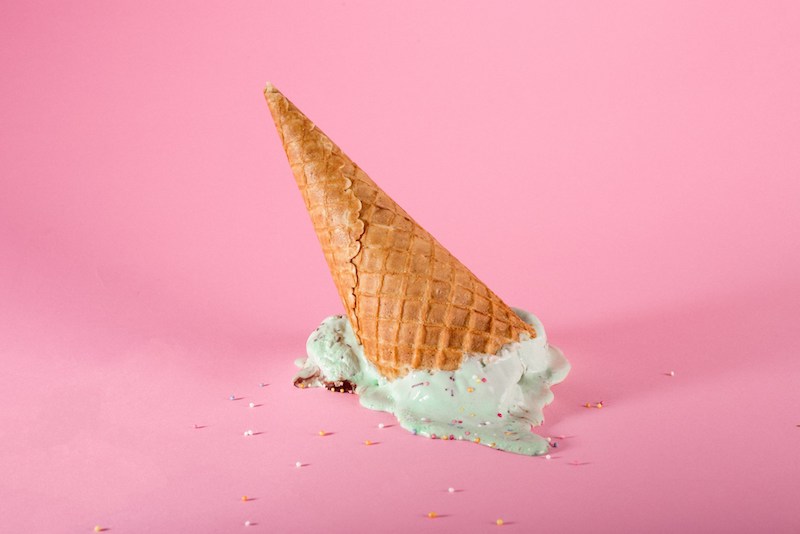 “People have asked us if it’s some kind of positive-reinforcement strategy because it makes them want ice cream every time they see it. But the real reason behind the cover ties in with the EP title. We’ve all dropped our ice cream as a kid and had that sinking sensation of feeling like our little world has ended. It’s a small metaphor, but one that transfers to how we feel about a lot of things as grown-ups. And sometimes we have to accept that something is lost, and accept that we have to let go of it.”

Mauwe’s songwriting directions have a clear lineage to what they were influenced by prior to their formation. 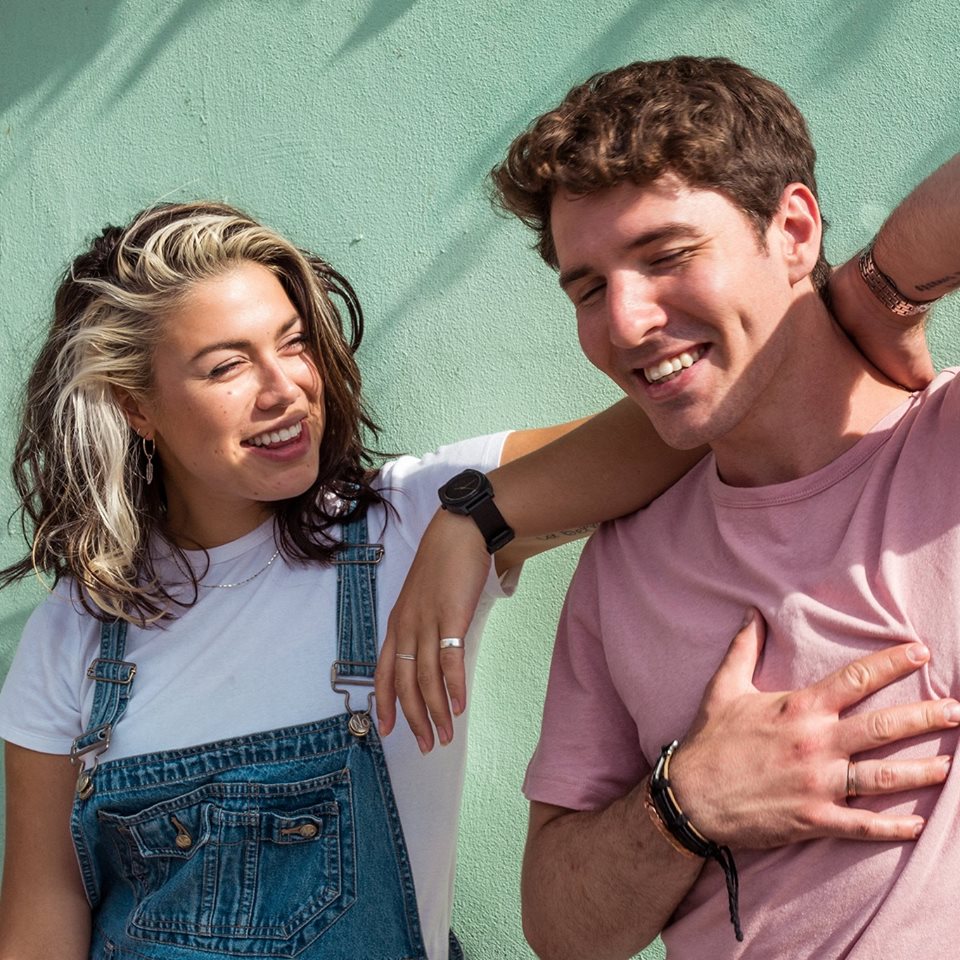 “It started with Abba and then naturally went into a pop-punk phase of Blink 182 and All Time Low. But pop has been my main interest and remained with me throughout the years.” – Portia

Jay outlines contemporary folk and electronica as his staples growing up.

“I love something that has a clear purpose, that tells an interesting story without needing much explanation, or at least lets you write your own story to it easily.” – Jay

In conclusion, we highly recommend that you listen to Mauwe’s debut EP, entitled, “The Art of Letting Go”. Also, check out “Gold” on our Pineapple In da SUN playlist on Spotify.

“The Art of Letting Go”