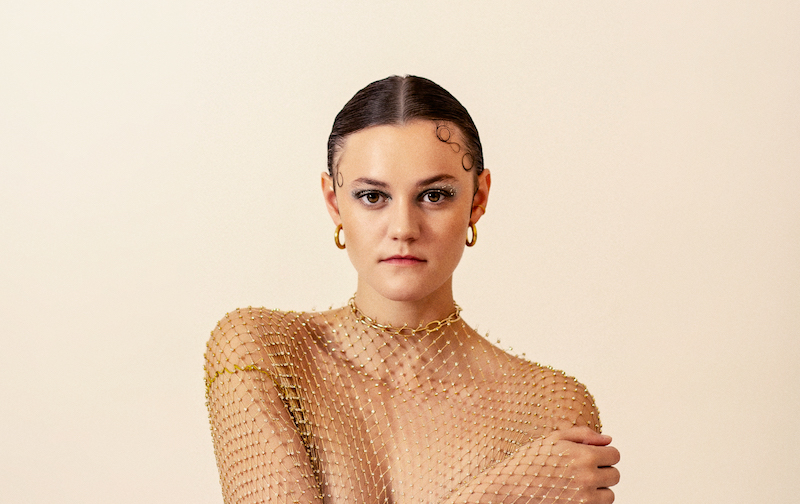 mags unveils an appealing audiovisual for her “your girlfriend’s in the bathroom, i’m trying to kiss you” single

mags is a Danish singer-songwriter and producer. Not too long ago, she released an appealing audiovisual for her “your girlfriend’s in the bathroom, i’m trying to kiss you” single.

mags – “your girlfriend’s in the bathroom, i’m trying to kiss you” music video

‘your girlfriend’s in the bathroom, I’m trying to kiss you’ was written during a period of a lot of back and forth. The song is about the exact moment where this process ended, and it was a very hurtful situation for mags. Her feelings were built up and then smashed at the last minute in a very embarrassing manner.

‘your girlfriend’s in the bathroom, I’m trying to kiss you’ contains a relatable narrative, pleasing vocals, and tuneful melodies. Also, the likable tune possesses vibrant instrumentation flavored with an electro-pop aroma. Furthermore, the song serves as a wonderful presentation to what listeners can expect to hear on mags’s self-titled debut album.

“What is more honest than me? The album is about my side of the story, my feelings, and my experiences. And that exact narrative has been important for me to be able to stand by.” – mags stated

The title ‘mags’ was the most obvious choice as the album feels like a life’s work that – through lyrics and sounds – show who mags is as a songwriter, producer, and singer. Also, the album title underlines the raw and honest vibe mags has as a person. Furthermore, the 10 songs on the album were written over a two year period during, in different countries and with different collaborators.

Besides the personal stories and experiences of the life of mags in the last couple of years, the album also showcases the development of mags and her songwriting. Throughout the process of the album, mags has found her own sound and spent a lot of time learning to produce so she would be able to play a central role in producing her album.

“I feel that the album would be incomplete if I didn’t put the effort into understanding the productions. If I wasn’t able to actively contribute to the creation of the sound image around the lyrics so it would precisely underline the feelings around the songs. To co-produce large parts of the record is a way for me to make sure the album is coherent.” – mags stated

A large part of the album – ‘mags’ – was written in New York in the fall of 2019. It was an introspective journey where mags found herself far away from the usual. Also, she was in brand new settings which forced her to observe herself from the outside. She describes it as standing in front of a mirror, forced to look at oneself all stripped down, and then use what you see to move on. mags has used this very visual feeling about the process of songwriting throughout the entire visual aspect of the album.

“The visuals are pictures of me in mirrors. It is very literal when it is a way to look myself in the eyes and self-reflect. The self-reflection is the overall theme both in the music, visually, and live. Writing a song is for me like looking myself in the mirror in the entirely true, raw, and honest way; without filters.”

We recommend adding mags’s “your girlfriend’s in the bathroom, i’m trying to kiss you” single to your personal playlist. Also, let us know how you feel in the comment section below.