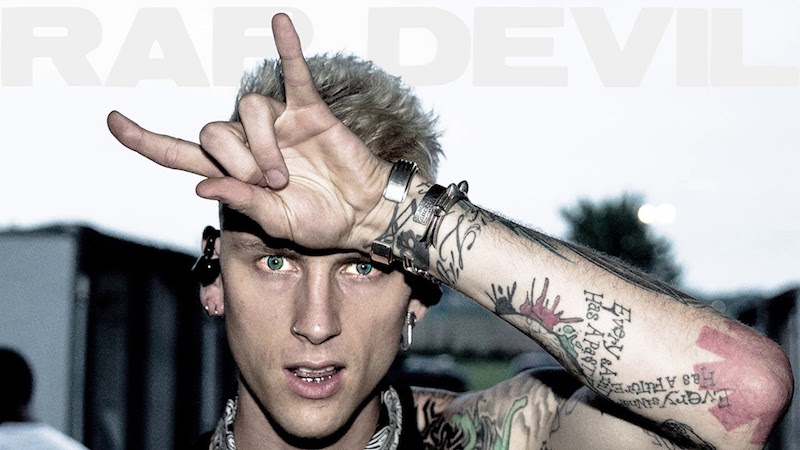 Machine Gun Kelly is a rapper out of Cleveland, Ohio. Not too long ago, he released a music video for “Rap Devil”, a scorching diss track aimed at Eminem’s head.

“Let’s talk about the fact you actually blackballed a rapper that’s twice as young as you. Let’s call Sway, ask why I can’t go on Shade 45 because of you. Let’s ask Interscope how you had Paul Rosenberg trying to shelf me. Still can’t cover up the fact your last four albums is as bad as your selfie. Now tell me, what do you stand for? I know you can’t stand yourself. Trying to be the old you so bad you Stan yourself.” – Machine Gun’s lyrics

“Rap Devil” is a title that rivals Eminem professing he’s the ‘self-proclaimed’ Rap God of hip-hop. Also, the death-defying song highlights when idols become rivals; when a younger emcee stands up to an iconic rapper twice his age.

Not too long ago, Eminem ignited this beef when he dissed Machine Gun on “Not Alike”, a song on Em’s “Kamikaze” album.

“If you wanna come at me with a sub, Machine Gun. And I’m talkin’ to you, but you already know who the f*ck you are, Kelly. I don’t use sublims and sure as f*ck don’t sneak-diss.” – Eminem

“Let me put a f*cking silencer on this little non-threatening blond fairy cornball takin’ shots at me. You’re not ready, fool, break yourself like Rocksteady Crew. Obviously, I’m not gettin’ through.” – Eminem

That was all the ammunition Machine Gun needed. A short while later, he released an Eminem diss song on Labor Day. The record is a great response from Machine Gun, it showcases his lyrical growth. Also, the Ronny J-produced instrumentation is perfumed with the aroma of death.