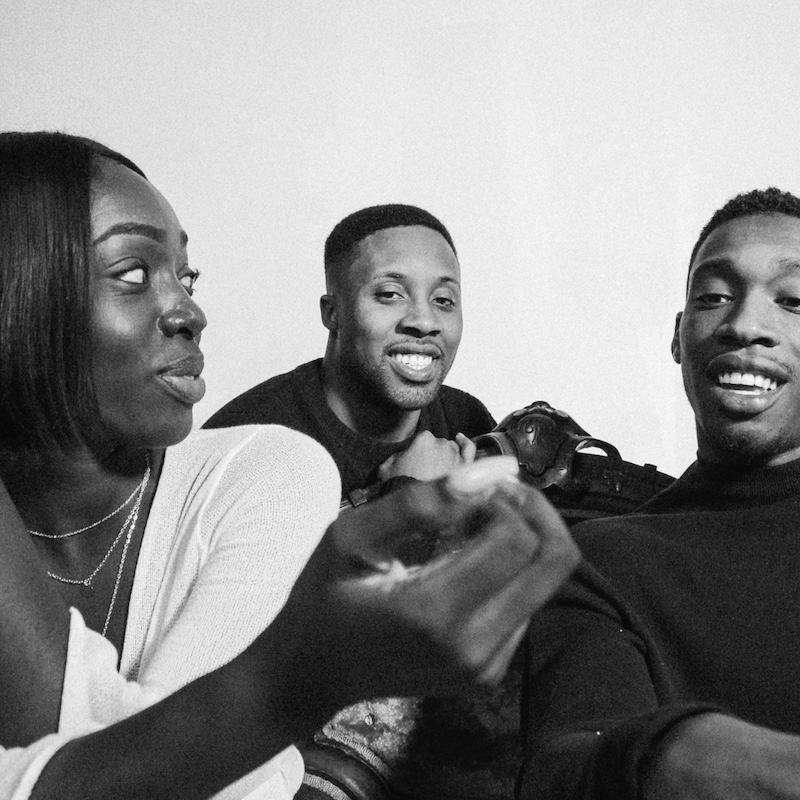 Lo Village releases visuals for their “Clichés” & “Keep Up” singles

Lo Village is a hip-hop/rap trio out of Maryland. Not too long ago, they released a music video for their “Clichés” and “Keep Up” singles.

“The group was going through a lot and there were a couple of the tracks that were created during that time. Also, we wanted to use vibrant colors and classic themes to get our point across in this video and I think that was conveyed clearly.” – Kane

The first half of the video finds AMA wearing a yellow sundress. She’s outside in the sun watering a green lawn embedded with yellow flowers. Also, Kane is dressed in preppy attire. He walks his dog on a block inside a nice suburban neighborhood.

The following scene shows Kane getting a tattoo, while AMA waits outside, in a BMW. After Kane’s tattoo is completed, he pulls a ‘Boonk Gang’ stunt and flees the tattoo parlor without paying the artist. He enters the BMW and AMA drives away from the crime scene.

The second half of the video follows them for the rest of the day. Also, they meet a guy named Boe Janania. Shortly afterward, they perform in front of a select few.

Lo Village consists of Kane, Charles Tyler, and AMA. Their classic blend of nostalgic hip-hop and forward-thinking soul has helped them to gain a strong underground buzz.

We recommend adding Lo Village’s singles to your personal playlist.