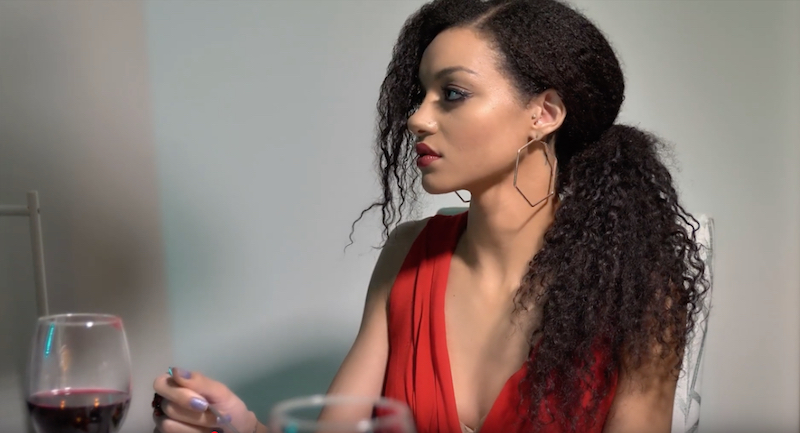 Lil Zee releases a music video for her “Kick It” single

Lil Zee is a Scottish/Zambian singer-songwriter based in Vancouver, Canada. Not too long ago, she released a music video for her “Kick It” single, produced by Kontrabandz.

The AS Visuals-directed video finds Lil Zee seated at a dining table set for two people. Apparently, she has a surprise for the guy she’s head-over-heels in love with. His name is Giovanni Martin.

While awaiting his arrival, Zee sips wine from a glass and barely eats anything on her plate. Her mind is in another place and she looks worried. When Martin finally appears, Zee tries to embrace him, but he isn’t too happy about her preparing an intimate meal for them.

An argument occurs between the couple and Zee departs, leaving Martin by his lonesome. While she’s gone, he sees a wrapped gift on the table and opens it. To his surprise, it’s a pregnancy test, which reveals that Zee is pregnant with his child. But it’s too late. He has pushed her too far away. Also, he doesn’t know that she is walking toward an oncoming train because she feels unwanted.

We recommend adding Lil Zee’s “Kick It” single to your personal playlist. Also, let us know how you feel about it in the comment section below.