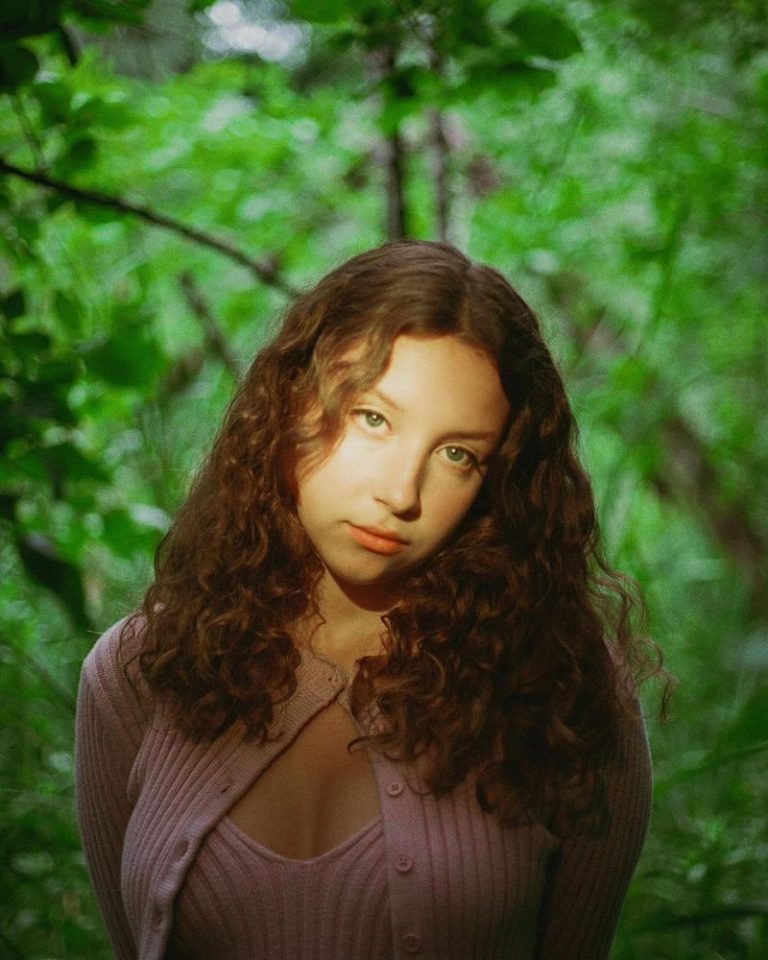 Lia Pappas-Kemps is a 17-year-old singer-songwriter and actress based in Toronto, Canada. Not too long ago, she released a lovely alternative-rock tune, entitled, “Jinx.”

“I wrote ‘Jinx’ because I was coming of age during a pandemic. This is me, watching a bunch of John Hughes movies and wishing for the coming of age story that I don’t think actually exists. It’s obviously about having a crush on someone: the nerves of accidentally brushing someone’s hand, will we won’t we, all of that teenage first love stuff that I know I’m going to look back on and feel nostalgic about. Also, it’s a completely illogical and romanticized version of those things. I actually think that ‘coming of age’ is realizing that these things, teenagers riding around in cars and falling in love, isn’t what being a human being is like at all. But it doesn’t make it any less fun to imagine and fantasize about.” – Lia Pappas-Kemps explained

‘Jinx’ finds Lia Pappas-Kemps embodying the raw angst of Alanis Morissette and lyrical dexterity of Courtney Barnett as she hyper-romanticizes a summer of falling in love. The likable tune, all about realizing the tragedy in coming-of-age clichés, contains a relatable narrative, ear-pleasing vocals, and tuneful melodies. Also, “Jinx” possesses electric guitar-driven instrumentation flavored with an alternative-rock vibration. Furthermore, “Jinx” is the follow-up to “Sad In Toronto,” which touched on Lia’s personal experiences with depression and saw her draw comparisons to Laura Marling, Julien Baker, and Phoebe Bridgers.

“Nothing’s been good for a while but I think you could change my life if you tried it out.”

Lia Pappas-Kemps previewed ‘Jinx’ on Instagram, the day after she wrote it in January. Her Instagram comments have since been flooded with the song’s relatable lyrics and questions about when she’s releasing it. Produced with her cousin, Elias Pappas, during her summer vacation to Austria, the pair turned the stripped-back acoustic demo into a guitar-led anthem as Lia continues to pave her own path in music.

Thanks to her acting, as well as her music, Lia Pappas-Kemps has an impressive 550k followers on Instagram. Her songwriting is inspired by Taylor Swift, Joni Mitchell, Alanis Morissette, and Courtney Barnett. Lia began recording voice memos of early songs on her mother’s phone before trying her hand at acting in the hugely popular CBC/Netflix series, Anne with an E. Now with a guitar firmly in her grip, Lia is fusing her love of storytelling with atmospheric soundscapes.