Leon Bridges is a talented R&B/soul singer outta Fort Worth, Texas. Not too long ago, he released his second studio album, entitled, “Good Thing”.

BET AIN’T WORTH THE HAND

The artist sings a beautiful ballad about leaving a rocky relationship. He doesn’t want to leave because he still sees hope in making it work.

The Natalie Rae-directed video begins with Bridges walking the street. He’s hurt. The following scenes show him relating to other people going through the same emotional pain he’s experiencing. 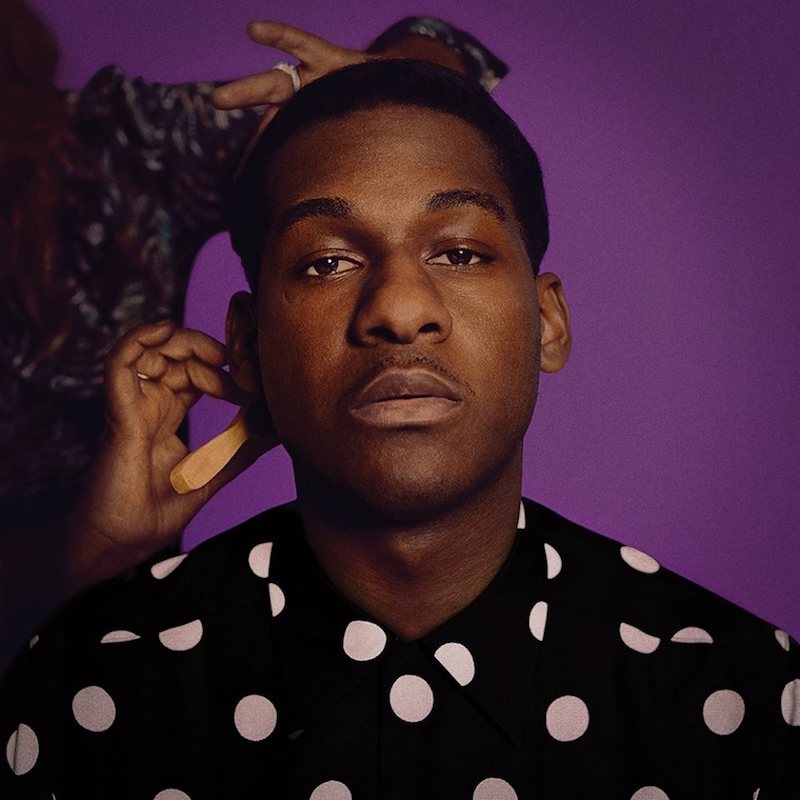 The artist knows that’s a risky move staying in a broken relationship. Also, he looks at the cards he’s dealt with and realizes his best is to move on.

The artist switches speed and takes listeners on a funky ride. It’s disco time and he celebrates on the dancefloor. Also, being there isn’t easy. So, he has to fight his way through the crowd to make it to the front.

The Natalie Rae-directed video begins with a voluptuous woman walking inside a train station. She hears someone whistling so she heads in that direction, following the whistler.

Somehow, Bridges’ music overtakes her soul and she begins to follow its funky rhythm. In the end, it leads her to the guy who was whistling in the beginning.

“Let me come through. I’m tired being in the back. I’m just tryna move up front. A lil more of this, a lil less of that. They tell me I was born to lose. But I made a good good thing out of bad bad news.”

The artist sings a triumphant song. He questions people trying to hold him in the back. But that’s not where he belongs. So, he moves up front and kills them with style and grace.

The artist addresses a shy woman that he’s in love with. Also, he assures her that it doesn’t matter if she’s shy. He doesn’t care about her shyness because he’s into her.

Bridges is deep in love with the shy woman. Everything is moving fast. Also, he wants to slow things down but he can’t. Because of that, he’s scared to death that she might be the one.

The artist sings the blues. He admits he played the fool in the relationship where his girl took advantage of his kindness. But he forgives her even though it’s hard to. Also, his friends warned him not to be so gullible.

The aftermath of experiencing bad love has Bridges feeling like a thirsty lion. But through his trials and tribulations, he remains true to himself. Also, he refuses to conform to who the woman wants him to be.

IF IT FEELS GOOD (THEN IT MUST BE)

The artist removes the bad love aura and freshens the air with truth and honesty. Also, he perfumes the dancefloor with a splash of funkiness and rhythm and blues.

He wants the mysterious lady bad. So, he tells her to let her guards down and enjoy herself. He doesn’t want her to act so seriously.

The artist continues dancing in the name of love. He’s head over heels for the woman in his life and he wants the world to know that. Also, he wants her to stop thinking because their loving might not go down if she continues to do so.

“Stop thinkin’ it over, you might change your mind. Pull you little closer, one step at a time. Hangin’ on your words, I don’t care if they’re lies.”

The artist addresses his love and hate relationship with his girl. When they’re good they’re good, but when they’re bad they’re really bad. Also, whenever she shows him affection, he remembers that she still loves him.

“I remember how it felt the first few times. Skin-to-skin before you knew how to get under mine. If we get it, get it right we’ll be together for life. ‘Cause it only feels good after a good, good fight.”

The artist sings about his mother carrying him in her womb, while his father drove them from Atlanta to Texas. But years later, he admits that adapting to his surrounding wasn’t easy.

“Got my mother’s eyes and my father’s nose. Also, got brother’s hand-me-down clothes. We had no green but the love was strong. It was all we’d need to get us along, get us along.”

Apparently, the 504 black girl is Bridges’ mother, Lisa Sawyer. The number 504 is the area code where she’s from in New Orleans, Lousiana.

Leon Bridges’ “Good Thing” is a classic album perfumed with soul ballads, spicy topics, and danceable tunes. Its soulful sound is the perfect soundtrack for those who have loved and lost, and those who are in love for the very first time.

It’s romantic, celebratory, with lush experiences. Also, it takes listeners on an emotional journey through the hills and valleys where love dwells.