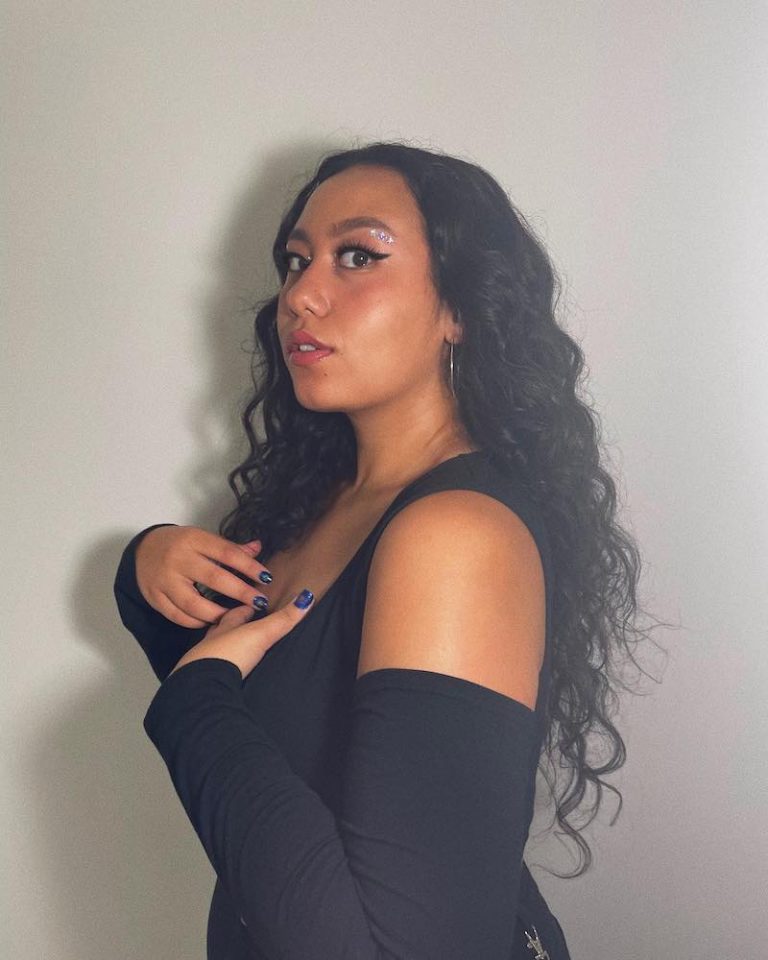 LAILANA is an up-and-coming singer-songwriter based in London, England. Not too long ago, she released an appealing short film for her debut EP, entitled, “Galactic Shores,” a collection of songs documenting every stage of a sad modern-day love story. 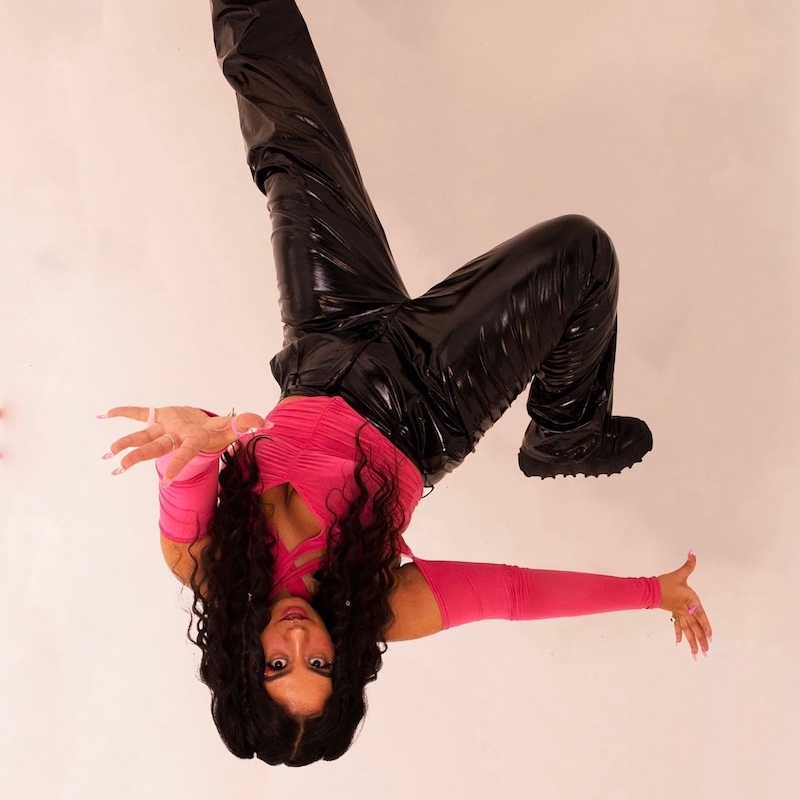 “‘Galactic Shores’ is unique in that the lyrics are written in a poetic style. More like storytelling or a narrative with a heavy spoken-word influence. As an artist, I love to experiment with new sounds and twist and mix genres. The EP is a mix of alternative pop, opera, indie, and R&B. I wanted to have each song follow a different style/genre, with similar components throughout. This is why each song bleeds into the next one, forming one big story.” – LAILANA explained

The EP’s first single, “Galactic Shores,” was the track of the day earlier this year. So far, it has achieved early radio plays on the BBC. 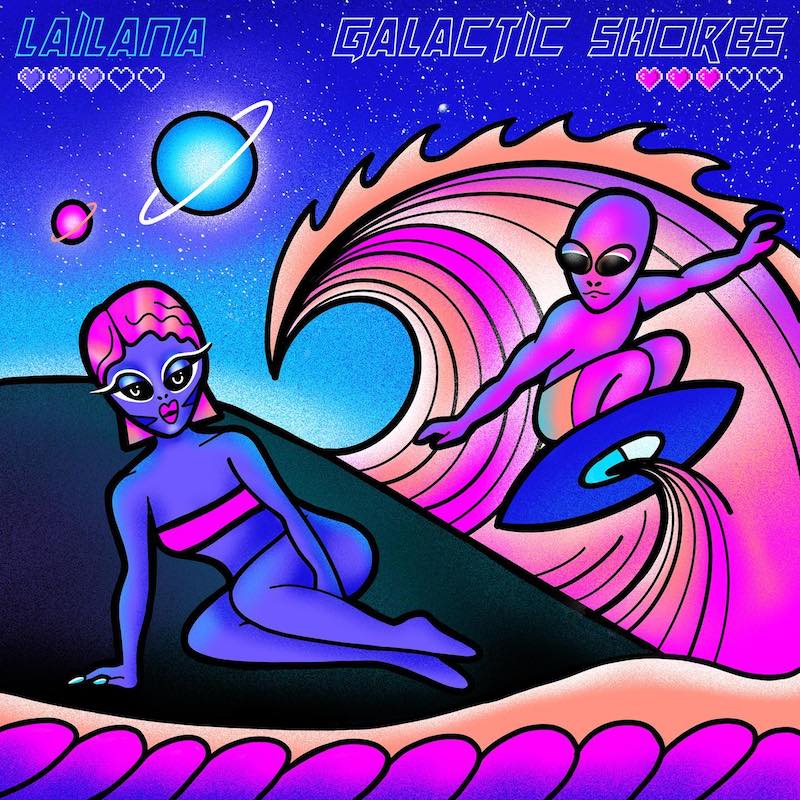 “I wrote this song back in March 2019. It’s about budding love in the early stages of a relationship. Where you’re a little unsure if they’re meant to be. But you’re so damn encapsulated in their affection and excitement that all you can do is focus on the good.” – LAILANA explained

“The short film is full of surprises. From myself being painted gold and submerged in the sand – to a dance crew, multicolored aliens, and a majestic CGI purple spaceship. The video has a strong video game influence, where the audience follows Galactica Shora through every level (song) until the game is won. Also, I wanted to portray the idea that people will play with your heart and emotions, and how love can be just like a game to them.

Examples of these are the three heart-o-meters, belonging to each of the three aliens in the love triangle, fluctuating throughout the film, and a card game in the third song, and a constant theme of magical pills that help Galactica power up throughout the video. These pills are given to her by her love interest, Rev0l 5000, a pink alien who shaped her out of sand and clay to create his dream partner.

It is revealed in the film that he was using half of her heart to make these pills. Micro-dosing her with her own love and masking it as his own. I wanted to create a teaching moment, in that the most important love you need to survive on any planet is your own. Also, when we start to fall in love with someone new, true intentions can be easily masked by heartfelt actions.” – LAILANA explained 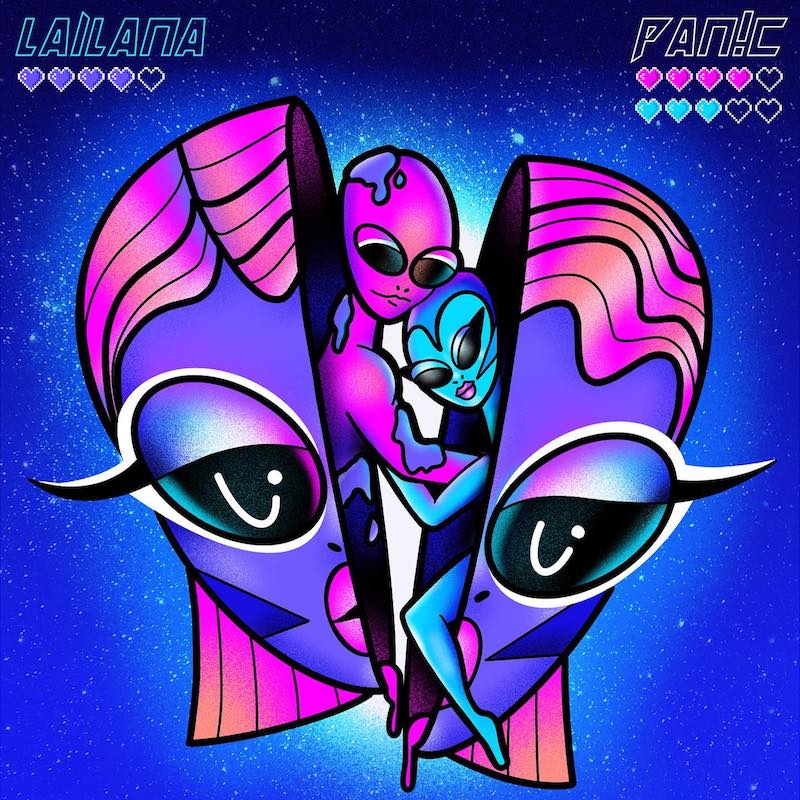 “‘Pan!c (interlude)’ deals with paranoia in a relationship when there is a possible threat of a third party.” – LAILANA explained 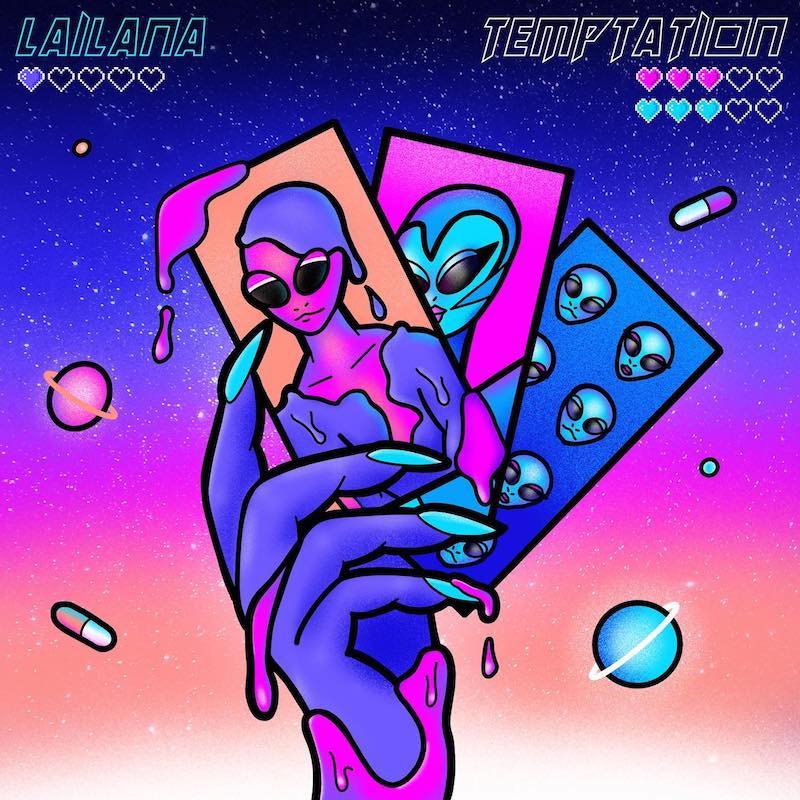 “‘Temptation’ talks about the deception and the grief that comes from the loss of a relationship or friendship. Also, the song deals with confronting the ones who did you extremely dirty.” – LAILANA explained

‘Temptation’ recently made its radio debut on BBC Sussex and BBC Surrey. 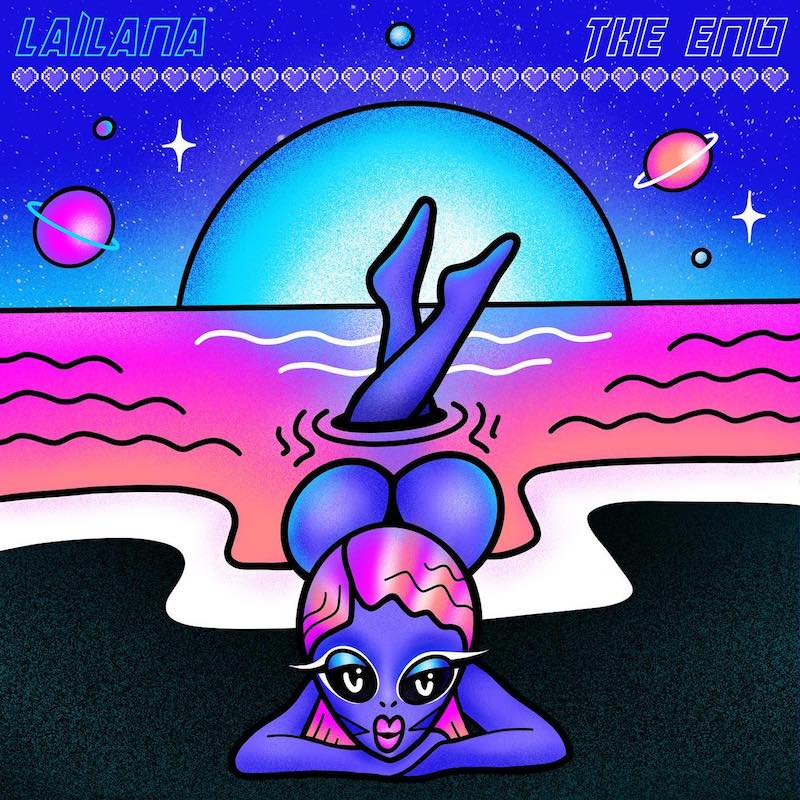 “‘The End,’ talks about picking yourself back up with self-realization and self-love.” – LAILANA explained 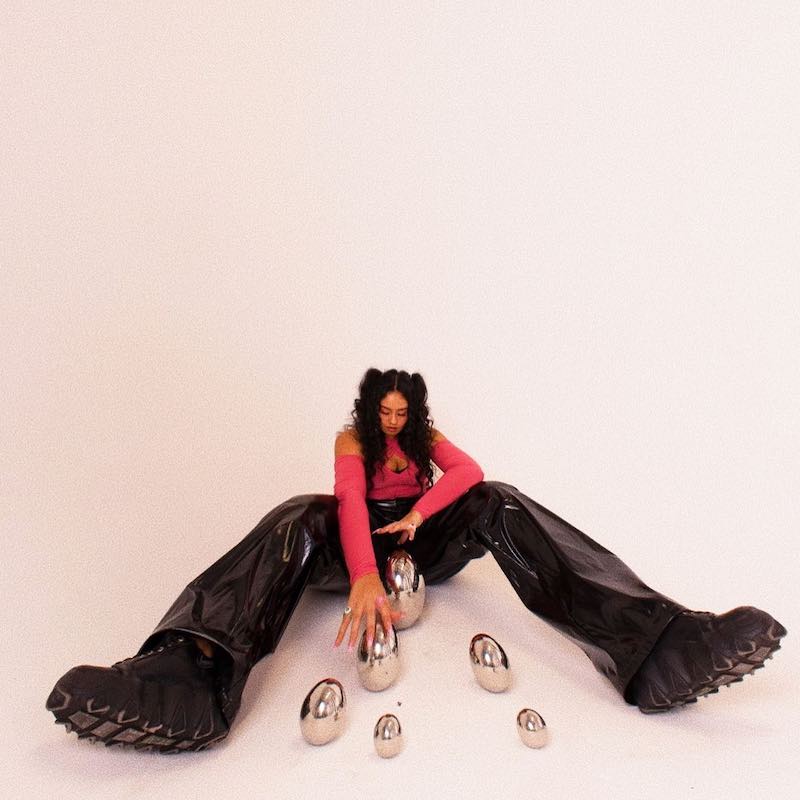 “In my mind, I have created this concept of a place called Galactic Shores. A safe haven for myself in outer space on a foreign planet with myself as the only inhabitant. It is a metaphor for my safe space, a safe mental space (my mind). But I transformed it into a physical location as a beach in outer space – with the heavy influence of my astronomical sign, Pisces. Also, it’s a fantasy world where I want to take the person who is listening on a journey to this place, to this safe haven. I want them to listen to the lyrics and the music and imagine themselves seeing the world through my eyes and the eyes of my alter ego.” – LAILANA explained

LAILANA is of Lebanese/Palestinian and Filipino descent. And she has a background in opera and musical theatre. Also, her curiosity, love, and talent for songwriting led to her mixing genres. After teaching herself to play piano and ukulele, LAILANA started experimenting with unique sounds to back her lyrics about real-life sh*t. So far, she has performed in Dubai, the Philippines, Los Angeles, and Switzerland. Also, she has sung on stages in Italy, Thailand, Amsterdam, Indonesia, Kenya, and the UK. 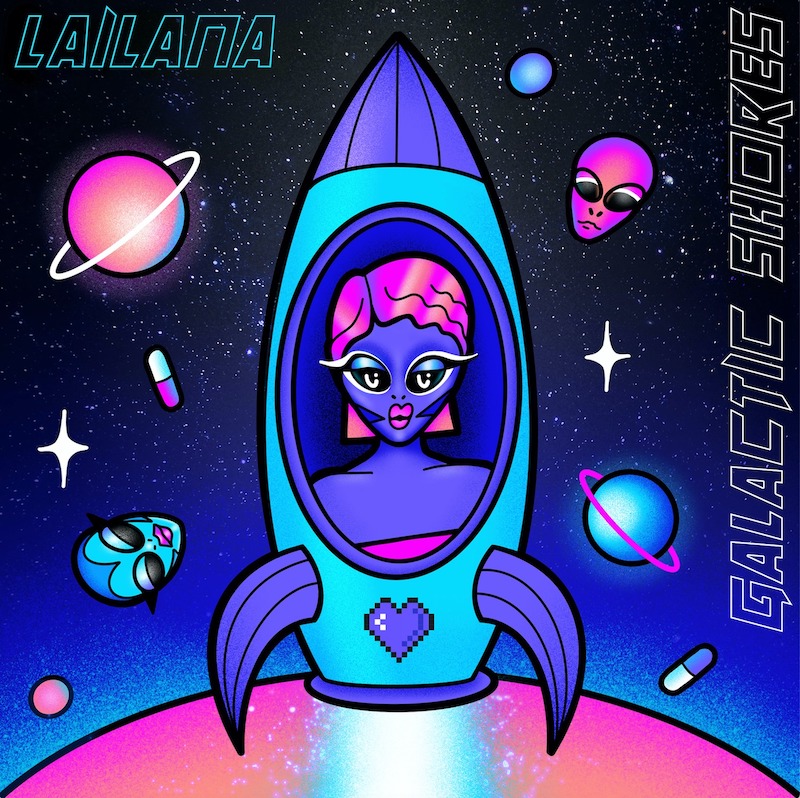 “‘Galactic Shores’ includes four songs that succinctly explore all four stages of a modern-day love tragedy. Seen through the eyes of my alter ego, Galactica Shora, an aquatic alien from an alternate universe. I started working on the EP two years ago. It’s a true-to-life story about the tantalizing uncertainty of budding love, deceit, and broken friendships. Also, the EP is about confrontation, anger, loss, acceptance, and growth.” – LAILANA explained