Lady Tee The Difference is an up-and-coming rapper out of Inglewood, California. Not too long ago, she released a music video for “Match Up”, a rhythmic rap tune featuring Ten. P.

I can’t have nobody slowing down my speed. ‘Cause I’m a go-getter, I know you used to them gold-diggers. With their hands out depending on a ni^^a, nah ni^^a. Go figure, that’s why me and them other girls differ. They about dinner and a movie I’m about the bigger picture.” – lyrics

The King Spencer-directed video finds Lady Tee, Ten. P, and two female ballers sitting on a park bench. A basketball rolls in their direction, and its owner, a male baller, picks it up. Lady Tee asks him if he’s interested in playing a two-on-two game with the female ballers for money. He pulls out his cash and agrees to the “Match Up”.

From that moment on, it’s downhill for the male ballers. The females are just too talented, and their skill level is on another level. It’s no competition at all, easy money for Lady Tee. 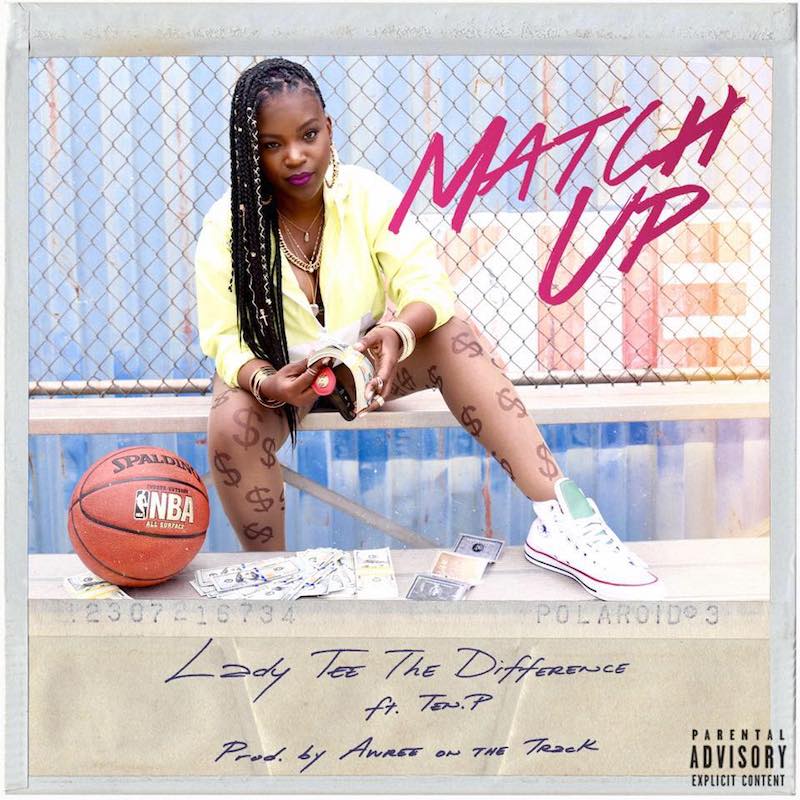 We recommend adding Lady Tee The Difference’s “Match Up” single to your personal playlist.