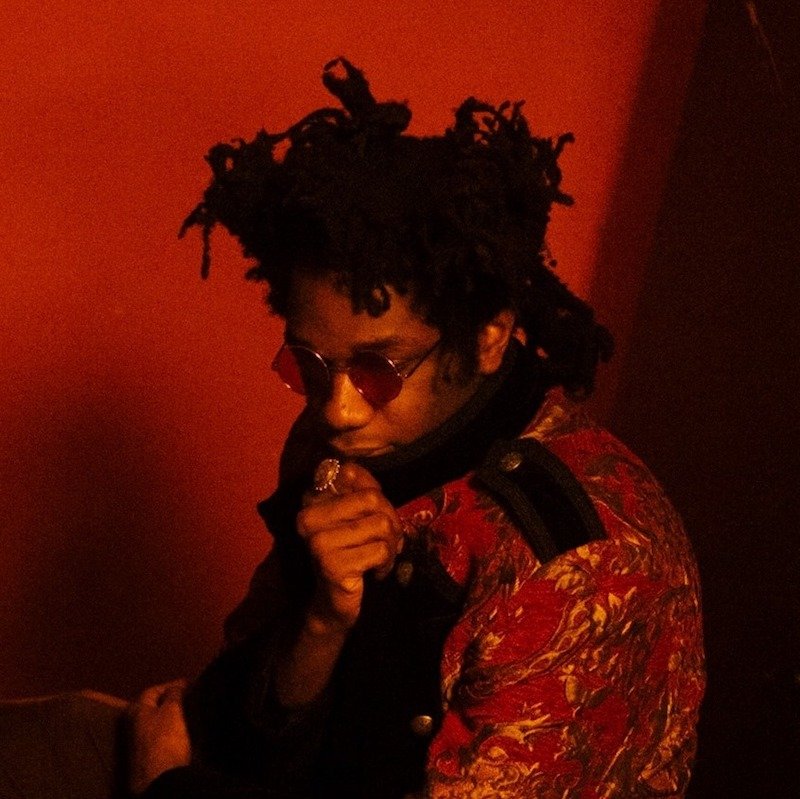 L.A. Salami releases a music video for his “The Talis-Man on the Age of Glass (Redux)” single

L.A. Salami (Lookman Adekunle Salami) is a singer-songwriter/poetic rapper based in London, England. Not too long ago, he released a music video for his “The Talis-Man on the Age of Glass (Redux)” single, via Sunday Best Recordings.

L.A. Salami – “The Talis-Man on the Age of Glass (Redux)” music video

“‘The Age of Glass’ is a song about growing up, taking ownership of your past, and making something better from it. To love, to laugh, to rationalize as well as hope. To think about what you’re seeing and to feel what you are thinking.” – L.A. Salami stated

The music video features L.A. Salami and actor Frank Dilliane (“Fear of the Walking Dead”, Harry Potter) mime acting along to the song. Also, Salami originally put white mime makeup on his face, but it made him feel uncomfortable. So he changed it to black because (in his own words):

“Black makeup doesn’t make me uncomfortable. I love it, as long as the intentions behind it are positive. And it’s quite easy to tell the difference between hate-fueled mimicry and Jimmy Fallon doing a Chris Rock impression. Dark black makeup especially looks good on black people. I, along with many black British people I went to school and grew up with are not offended by Little Britain, League of Gentlemen, Mighty Boosh, Fawlty Towers, etc.” – L.A. Salami

‘The Talis-Man on the Age of Glass (Redux)’ serves as a wonderful presentation to what listeners can expect to hear on L.A. Salami’s latest album, entitled, “The Cause of Doubt & a Reason to Have Faith”. The project finds Salami exploring new experimental ground, touching on a bit of everything from rap, psychedelic folk, and sultry grooves which venture into extended hypnotic jams. This isn’t the music of a virtuoso: it’s explorative, daring, meditative, and wild.

“The Cause of Doubt & a Reason to Have Faith”

“I love the deliberateness, cleanness, and color of modern music. But I also miss the complete chaos of old, like some Captain Beefheart and Velvet Underground records. Or even ‘90s hip-hop records with the peaking 808s and static compressed vocals al la Wu Tang, or blues records like Robert Johnson’s. Somewhere in there is the carnival I’ve been searching for. This entire album could very well be a love letter to Lou Reed and The Velvet Underground.” – L.A. Salami

L.A. Salami began writing poetry and lyrics at a very early age. At 21, he self-taught himself how to play the guitar. Fostered from birth, Salami was periodically reunited with his birth mother from the age of 5, which he describes as being emotionally confusing.

“I find it rears its ugly head consistently in my life, and music became one of the easiest ways to release that pressure valve every so often.”

So far, Salami has released two albums to date, “Dancing With Bad Grammar” (2016) and “The City of Bootmakers” (2018). His evocative, poetic lyrics span everything from grand existential questions to vignettes of everyday life. As well as the affairs and anxieties of modern Britain.

“The Talis-Man on the Age of Glass (Redux)”

We recommend adding L.A. Salami’s “The Talis-Man on the Age of Glass (Redux)” single to your personal playlist. Also, let us know how you feel in the comment section below.