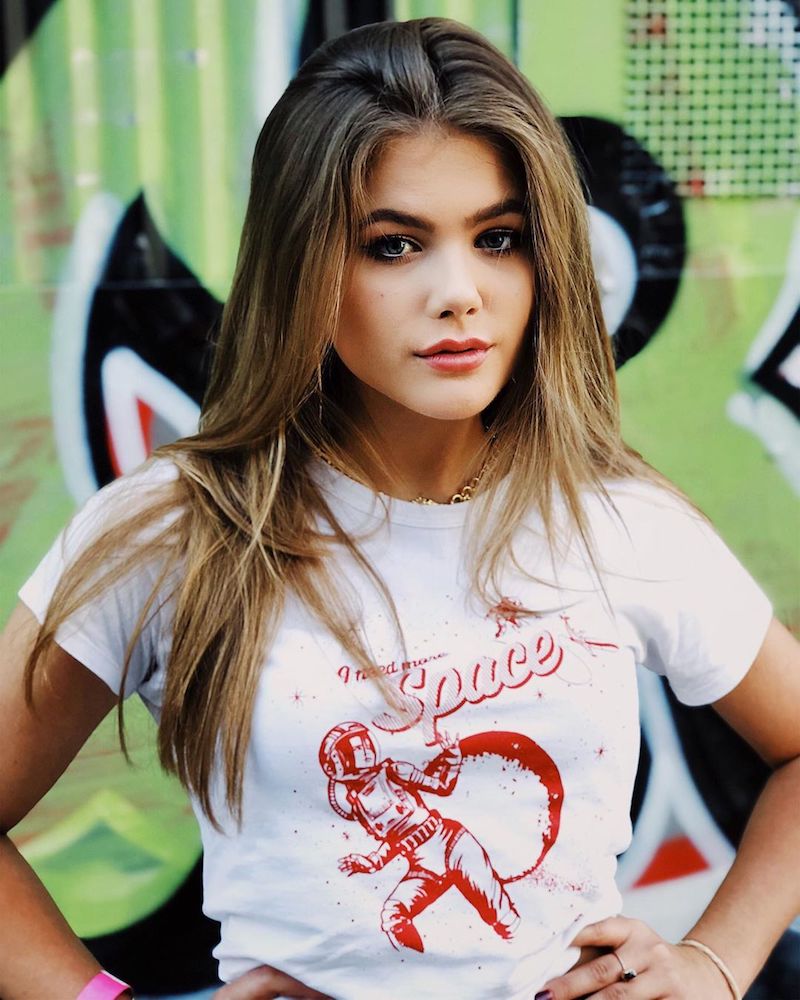 Kerri Medders is a 19-year-old LA-based singer-songwriter and actress from the Lone Star State of Texas. Not too long ago, she released a dreamy alternative tune, entitled, “Nothing to Lose”.

Kerri Medders – “Nothing to Lose” single

“Walking over Melrose, stumbling out Aroma, I’d go anywhere as long as it’s with you. Talking about the bands we love, Rock ‘n’ Roll, Sex, and Drugs, everything about you is new. Baby you redesigned, you redefined love. Changing all the colors I use. We’re just people with nothing to lose.” – lyrics

‘Nothing to Lose’ tells an adorable tale of a young woman who shares a budding new relationship with her significant other.

Apparently, she’s optimistic about her and her blue-eyed lover’s future. Later, she suggests that they should write down their memorable moments and script it like a movie written for the screen.

Kerri Medders – “Nothing to Lose” single

“The inspiration behind ‘Nothing to Lose’ is the development of a new relationship and the stages of starting a new adventure with another person. You want every hour, every minute, and every second to be spent with that person. Even though those new and strong feelings are scary, it still gives you that feeling that there’s absolutely nothing to lose in loving someone.” – Kerri Medders

Also, it launched her on a nationwide tour for High School Nation, where she opened for the Plain White T’s and Drake Bell in front of more than 90,000 people.

Since then, Kerri has performed over 70 shows in venues and festivals around the U.S., capturing the hearts of thousands of fans with her energetic stage presence.

“When you come to my show, I want you to be transported to my world. Just leave your worries at the door and take this moment to be with me.” – Kerri Medders

Also, she has guest-starred on Gamers Guide to Pretty Much Everything on Disney XD, Mystery Girls on Freeform, and Speechless on ABC.

Not too long ago, she wrapped her first feature film as a lead opposite Jackson Rathbone in Do Not Reply, which will be released later this year.

We recommend adding Kerri Medders’ “Nothing to Lose” single to your personal playlist. Also, let us know how you feel about it in the comment section below.