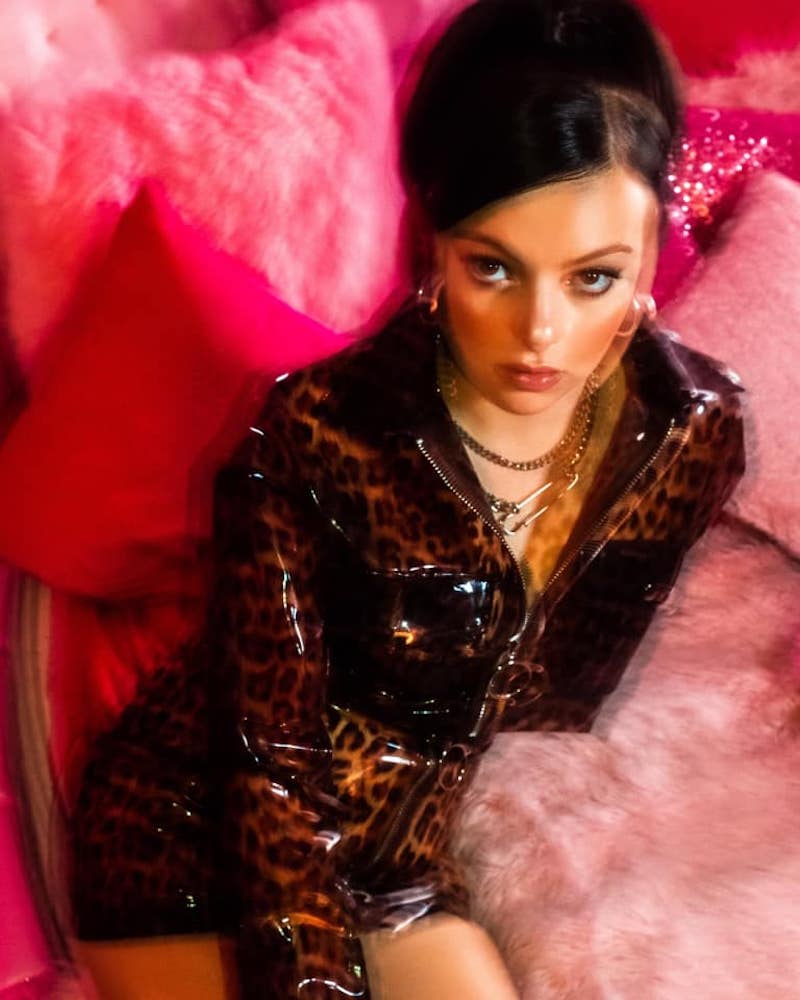 Kaya Stewart releases a lovely indie-pop tune, entitled, “Why I Wake Up”

Kaya Stewart is a rising London-born singer-songwriter raised in Los Angeles, California. Not too long ago, she released a lovely indie-pop tune, entitled, “Why I Wake Up.”

Kaya Stewart – “Why I Wake Up” single

“‘Why I Wake Up’ is about growing out of that high school life and bubble. I decided that I didn’t want to do what everyone around me was going to do with their lives. I wasn’t connected to that anymore. It all started to feel so mundane. I wanted to get out of that as soon as I realized that wasn’t what I wanted for my life.” – Kaya Stewart explained

‘Why I Wake Up’ tells a heartfelt tale about a young woman with big dreams. Apparently, she has so much to live for and doesn’t want anyone telling her otherwise, especially people close to her. What she wants most in life is to move away to a better location, where a new life, apartment, and maybe a boyfriend awaits her arrival.

‘Why I Wake Up’ contains a dreamy narrative, ear-welcoming vocals, and tuneful melodies that will surely resonate with listeners. Also, the likable tune possesses vibrant instrumentation flavored with a pleasant indie-pop aroma. Furthermore, “Why I Wake Up” serves as a wonderful presentation of what listeners can expect to hear on Kaya Stewart’s new EP, entitled, “Miss Kaya,” a stirring and exciting look at a star on the rise.

“Making this EP was a breakthrough moment for me. It’s a perfect image of where my life was at that point. I’m so excited that this is how I get to introduce myself to the world again.” – Kaya Stewart stated

‘Miss Kaya’ offers an unfiltered, unvarnished look at Kaya and her view of the world. With producer Jamie Lidell’s help, the EP is her strongest work to date. The artist-to-watch headed to Nashville, Tennessee, where she linked up with Lidell. Together, they wrote the entire EP, except for “I Hate Falling in Love,” which was written, recorded, and produced in L.A. by Kaya, Sam Stewart, and Miles Jackson.

Lidell’s imprint can be felt on songs like “California.” The track, which features Childish Major, showcases Kaya’s expressive vocal delivery, blended with punchy synths and an unhurried, sunstroke beat. It’s a delightful ode to the Golden State. Furthermore, “I Hate Falling in Love,” the EP’s second single, gives fans another taste of the EP, which is hotly anticipated by fans and critics alike.

Kaya Stewart grew up surrounded by music. In her earlier years, her father, Dave Stewart (a former Eurythmics front-man and producer extraordinaire), was a major influence. Kaya was writing songs by the age of six and had made her impression on Los Angeles’ live music scene by her early teens. Additionally, she became the youngest female artist to perform on the infamous Warped Tour.

Kaya is constantly examining what it means to be a pop artist in today’s world – especially one which is currently filled with so much uncertainty. All she knows is that her songwriting is something to celebrate, and on “Miss Kaya,” this bold assertion is backed by her undeniable vision, which is both unique and immediately approachable.

We highly recommend adding Kaya Stewart’s “Why I Wake Up” single to your favorite playlist. Also, let us know how you feel in the comment section below. Mel Blanc’s famous catchphrase, “That’s All Folks!” Thanks for reading another article on Bong Mines Entertainment, and always remember that (P) Positive, (E) Energy, (A) Always, (C) Creates, (E) Elevation (P.E.A.C.E).