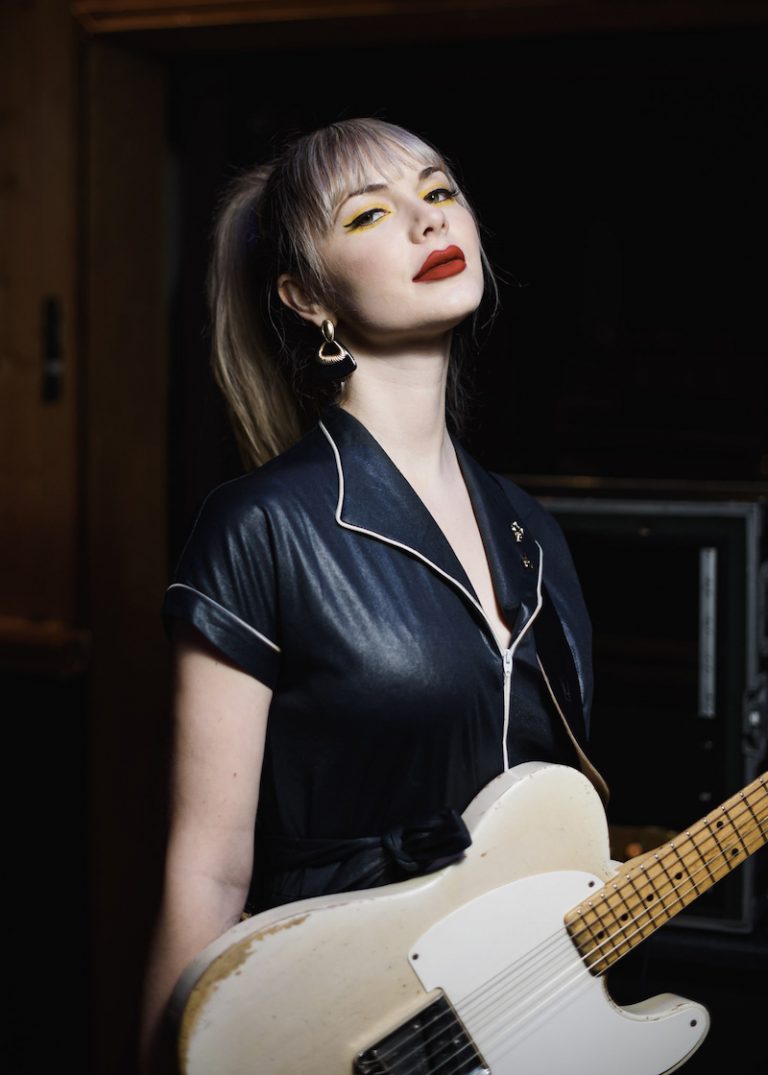 Kandle releases an elegant pop tune, entitled, “When It Hurts”

Kandle is a talented singer-songwriter from Vancouver, British Columbia, Canada. Not too long ago, she released an elegant pop tune, entitled, “When It Hurts.”

Kandle – “When It Hurts” single

‘When It Hurts’ contains a relationship-based narrative, ear-pleasing vocalization, and tuneful melodies. The golden-era-inspired tune possesses lush instrumentation flavored with a warm indie-pop vibration. Furthermore, “When It Hurts” is featured on Kandle’s latest album, entitled, “Set the Fire.” The recording of the project began days before the JUNO Awards in Saskatoon was canceled and the music industry was turned on its head.

“It became very serious very quickly. As the days went by, recording music wasn’t enough to keep the talk of the pandemic from seeping into every conversation, obviously. We definitely had a few moments of panic and fear and trying to figure out safe places to stay, who was willing to let us quarantine on their couch, and where to get food. But the record became our small beacon of light in the chaos of uncertainty. By the second week, there were just four of us left and we just basically self-isolated together. We were referring to ourselves as a quaranteam and we were there every day and night. Eventually, the studio owner called us and told us to stay and said we could bring a mattress in there if we needed to. We didn’t end up doing that, but that’s how into it we got. We’d go into work mode for 14 or 15 hours straight and just sleep and repeat.” – Kandle explained

‘Lock and Load’ was inspired by the desire to write a bond theme. Kandle’s Shirley Bassey-like vocal commands the orchestra with a heart-wrenching vibrato, while the band evokes a timeless feel and touch. The song is unapologetically daring and grandiose, but also beautifully intimate at the same time. A raw sound that people are so desperate for, in a world of perfection.

Kandle grew up in the music industry as the daughter of Neil Osborne. Her music covers themes such as heartbreak, sexual assault, chronic illness, and a loss of power. Her musical influences include Nancy Sinatra, Billie Holiday, and Shirley Bassey.

Kandle brings a seasoned performance to every line and every word. So far, she has toured in France, China, and North America. Also, Kandle has been nominated for a JUNO for Best Music Video and a Prism Prize for her “Not Up to Me” single from 2014’s critically acclaimed album, “In Flames.” Not too long ago, she escaped the shackles of recording contracts and broke free from her label ties.

“Having total creative control and freedom to run my business the way I want to. No more lies, no more corruption, no more sexism. I struggle with the workload for sure, and with finding the money to keep going and do all the things a label would do! Having said that, I feel so much happier and more powerful since I’ve stopped being a puppet and trying to do whatever I’m told I should. I only follow my own instincts now and if I make a mistake, it will be my own and I will learn from it.” – Kandle explained

There are no gimmicks here, no trite attempts at making playlist-friendly and disposable ear-candy. Instead, Kandle is an artist at her most empowered and authentic. An artist who by sharing her own story of healing, can help us all do the same. 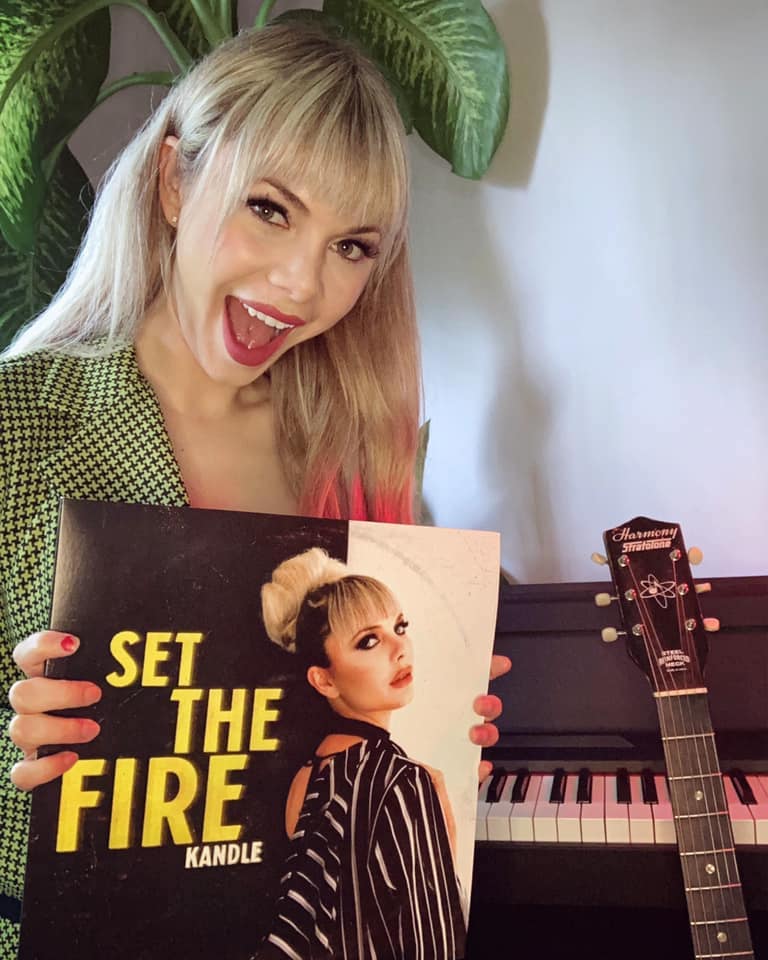 “This is the most empowered state I’ve ever been in. So much of my music has been very victimized—I’ve been through a lot. I was really dark and angry, and my writing reflected that. I’m trying to set the fire myself rather than be burned by it.” – Kandle explained

Every past trauma or unlucky experience is an integral part of Kandle’s story. But so are her triumphs and the dedication she has to her art. “Set the Fire” is a visceral portrait of a journey to reclaim one’s power after being broken, of rediscovering innate strengths, and the confidence that comes with it. The fire is burning and Kandle holds the match. 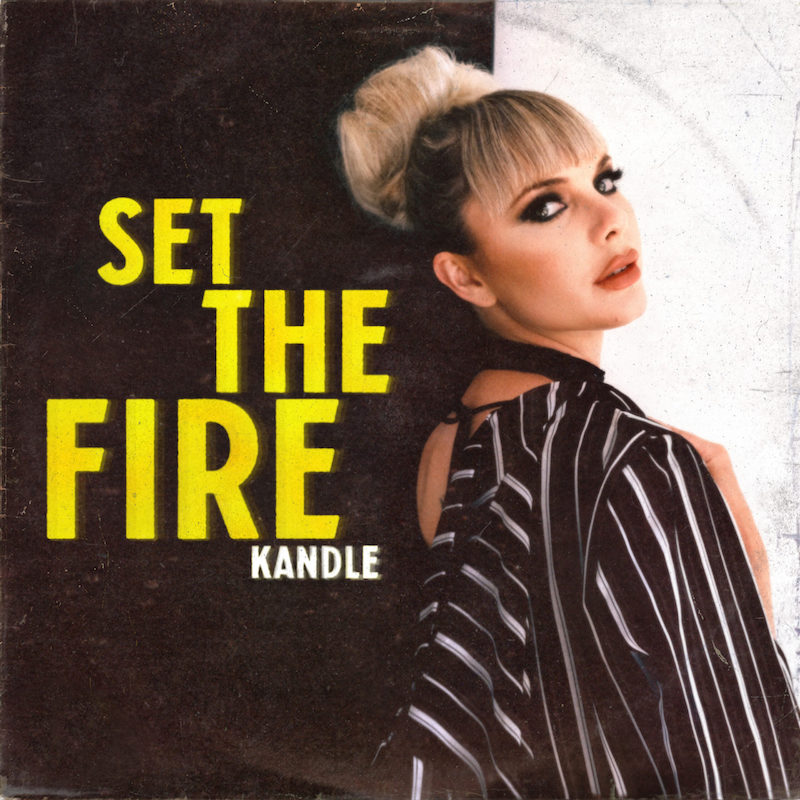 We recommend adding Kandle’s “When It Hurts” single to your favorite indie-pop playlist. Also, let us know how you feel in the comment section below. Mel Blanc’s famous catchphrase, “That’s All Folks!” Thanks for reading another great article on Bong Mines Entertainment. And always remember that (P) Positive, (E) Energy, (A) Always, (C) Creates, (E) Elevation (P.E.A.C.E).