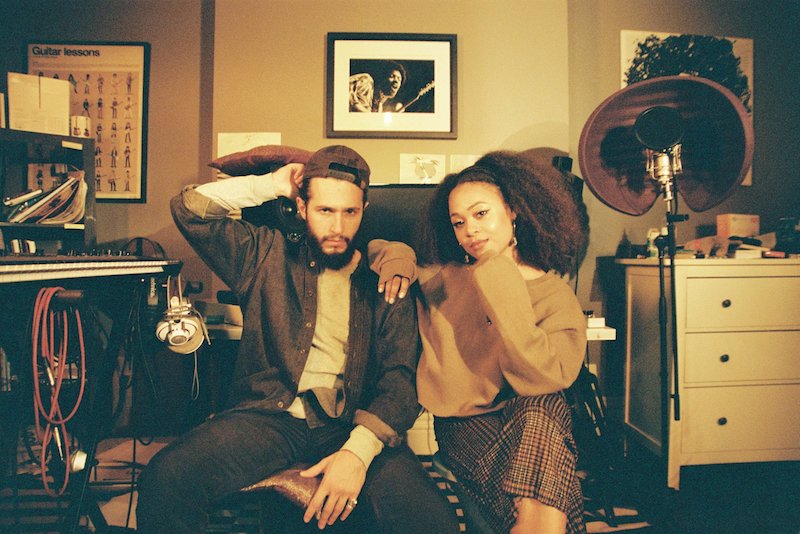 Ka-Li is a musical duo based in London, England. Not too long ago, they released “Halfway”, their debut single from their upcoming EP.

“‘Halfway’ feels like a summertime capsule for me. It was written about a relationship that had found me at a pretty transformative time in my life. I was learning so much about myself and was simultaneously growing in love with another person. It was written from a place of gratitude and genuine contentment.” – Indigo Lily

‘Hallway’ tells a tale of a woman who’s been floating in purgatory, waiting for something bigger than she is. But her temporary misery doesn’t last too long. One day, a man enters her life, and shortly afterward, she sinks deep in love with him. That newfound adoration brings her halfway to happiness.

“Working out how to make music that we love, out of a bedroom in Finchley, has been a trip. It’s funny how it takes the longest journey just to get you to the very beginning of the next one. I’m excited for you to receive our first little offering. —Sam Posener

Ka-Li consists of producer Sam Posener and singer-songwriter Indigo Lily. The pair has, in addition to each making a name for themselves on the London scene, been creating music for 5 years.

We recommend adding Ka-Li’s “Halfway” single to your personal playlist. Also, let us know how you feel about it in the comment section below.