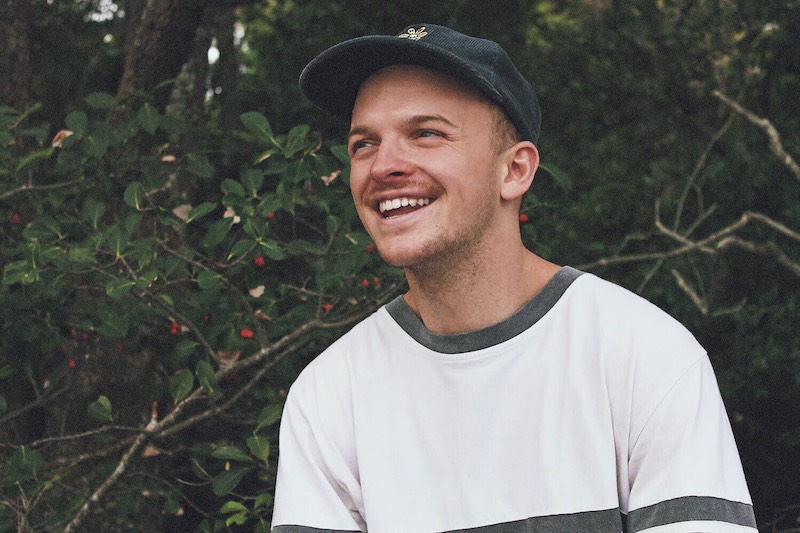 JVLY (Kayle Butler) is an electro-pop producer out of Australia. Not too long ago, he released “Blue Pill”, a cheerful tune featuring Sydney-based singer, SARAI.

“Blue Pill came together really effortlessly. I spent a couple of days putting the instrumental together with help from the old dx7. When I write, a lot of the time it seems to turn out kind of sad. And I really didn’t want this song to be like that. I had an idea for a concept so I asked Sarai to be a part of it (she was a big part of my debut EP ‘Ache’). We always seem to have a synergy when it comes to collaborating, and it was the same with Blue Pill. She brought so much life to it.” –JVLY

The artist spoke about what was going on before the creation of his latest single.

“Last year I was listening to a lot of producers like XXYYXX, Shlohmo & Flying Lotus. And was spending what was probably an unhealthy amount of time in my bedroom writing music. I was reading a lot too. It was such a productive time, but I was kind of distant from everything else without even realizing, it’s all I was doing, and you could probably hear that in the music I was writing. Everything was slow, trippy & moody, almost like it was meant for a film.”

“I love that kind of stuff, and it is still has a big influence on me. But this year I’ve been going to a lot of live music gigs. And between that and playing my own shows as well, it really inspired me to inject more energy into things. I’ve realized the best shows always fluctuate with tempo & feel, and I wanted to make sure I was creating music that does that as well.”