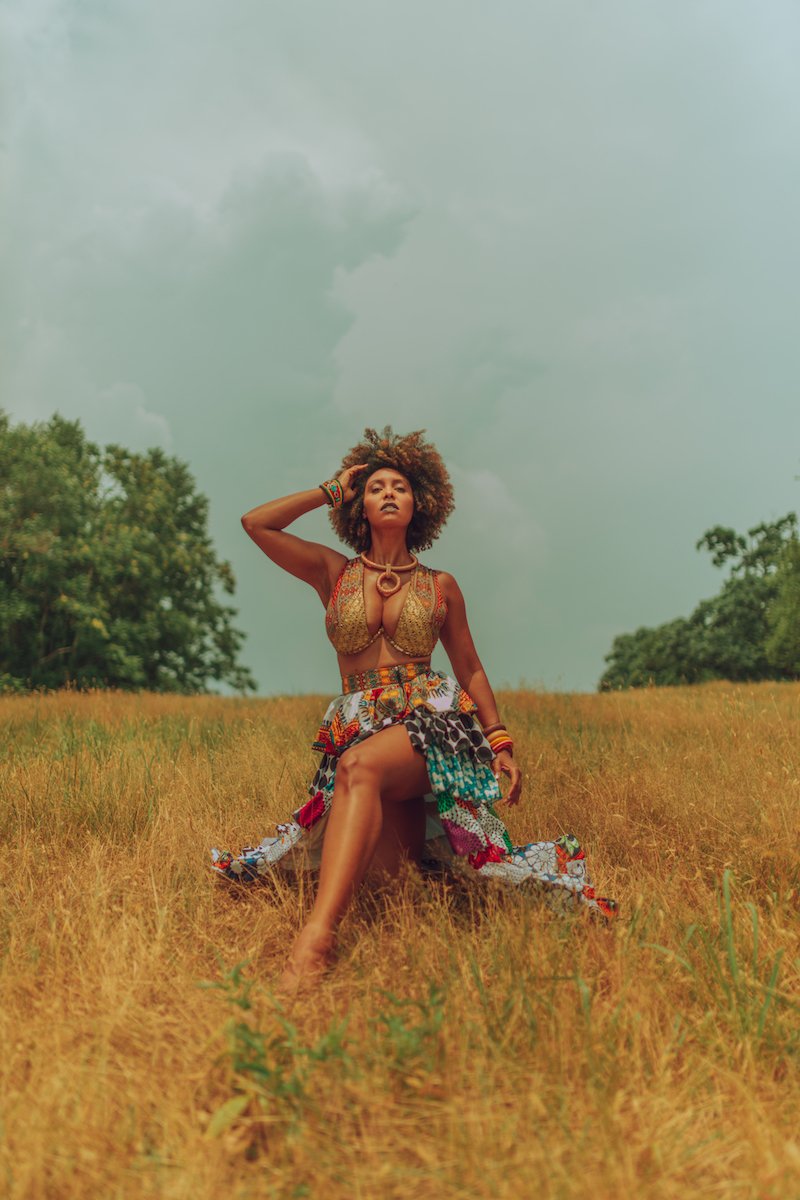 Jessie Wagner is a rising NYC-based singer-songwriter from Norfolk, Virginia. Not too long ago, she released an attractive audiovisual for her “End of Time” single, produced by drummer Dave Diamond (Bob Weir, Derek Trucks) with engineer Chris Laybourne.

“You got me feeling like a schoolgirl waiting for your call. So easy to fall in love with you, can’t wait to say I do (I do). You got me under your spell now I don’t even care as long as you’ll be there by my side. I’m gonna love you for the rest of my life.” – lyrics

‘End of Time’ tells a charming tale of a woman who was searching for the perfect man to spend the rest of her life with. Apparently, she found that person, and now they are deeply in love with talks of marriage in the near future.

‘End of Time’ contains a relatable narrative, seasoned-soul vocals, and tuneful melodies. Also, the likable tune possesses the ’60s and ’70s style instrumentation flavored with a retro-contemporary R&B aroma. Furthermore, “End of Time” serves as a wonderful appetizer to what listeners can expect to hear on Jessie Wagner’s upcoming debut solo album, entitled, “Shoes Droppin”. The personal collection of songs is set to be released on October 9, 2020, via Wicked Cool Records.

“‘Shoes Droppin’ was the song I wrote when I was at my lowest point. My ex went into cardiac arrest and almost died. He spent the next couple of years fighting to regain a semblance of his former existence, and because of that, my life was arrested in a strange way. I thought I’d have to give up my music career. I fought my way back from that. And ‘Shoes Droppin’ is a testament to losing and regaining your faith in what is possible.” – Jessie Wagner stated about the bluesy title track and album opener

“I started the year with a record deal, and then shortly after, the world fell apart in so many ways. I’m happy that I have this album to look forward to. It gives me some purpose and determination. This album really addresses every aspect of me as an artist. I don’t settle well in any box. I’ve hinted at that with my rock band Army of the Underdog. But this really shows my versatility – or my schizophrenia! I like that It’s honest and playful, with touches of hopelessness, but also the idea of redemption and faith.” – Jessie Wagner

Jessie Wagner co-wrote the diverse 11-track album mostly with various musicians. The songs trace times of darkness and redemption. Also, they were recorded during downtime from the Little Steven world tour.

“I’m gonna love you for the rest of my life.”

“It’s exciting to stand alone and see if anyone connects with (it). I’ve had some of these songs with me for years, but I was always waiting for the right time to put them out. It’s scary because this is my voice, my words, just me. It was cathartic to get out some of that anger and sadness, but there’s also the presence of faith that it will all get better.” – Jessie Wagner

It’s been a long journey to center stage for Jessie Wagner. She has gained her greatest exposure to date by singing songs everyone knows the words to, on some of the world’s biggest stages. It’s only now, through sharing her own triumphs and pain, that the spotlight is shining directly on her at last.

Over the years, she has logged thousands of miles as an in-demand vocalist on tour with Lenny Kravitz, Chic, Duran Duran, Kid Rock, Little Steven, and The Disciples Of Soul. Also, she is the frontwoman for NYC rock/soul band, Army of the Underdog.

“This is just pure bubblegum fun! ‘End of Time’ is about finding the perfect person and wanting to just love and be loved by that person for the rest of your life.” – Jessie Wagner

We recommend jumping on the Jessie Wagner bandwagon while there’s still room to board. Also, kindly add her “End of Time” single to your personal playlist and let us know how you feel in the comment section below.