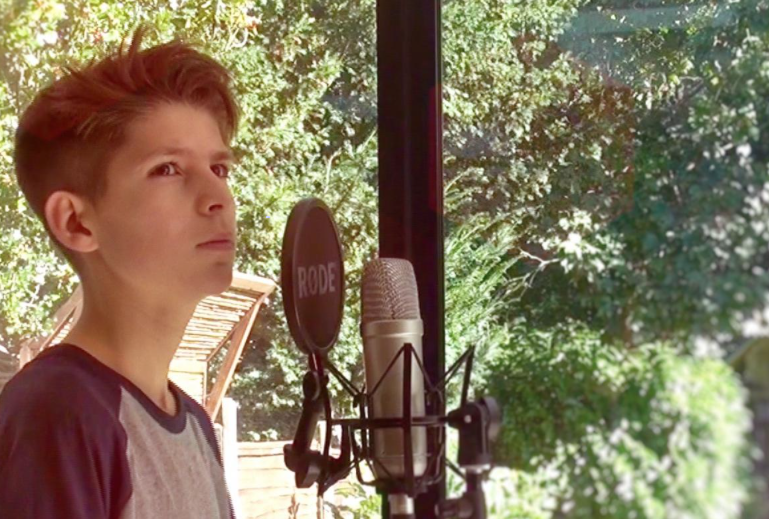 James Bakian, a 13-year-old singer, releases ‘By Your Side’ EP

James Bakian is a 13-year-old singer-songwriter from London, England. Not too long ago, he released a lyric video for “You’re Gone”, an original Pop song off his “By Your Side” EP. The song is about a broken relationship, where a guy loses his girlfriend. He’s hurt about it, and wonders how she’s feeling about the break-up.

“I love everything about music. Listening to it, singing it, writing it, and performing it. I’ve been singing for as long as I can remember. And I wrote my first song, Oh Baby, when I was 6 years old.”

“I write about love and heartbreaks, but I’ve never been in love. Not yet. I’m so excited that two of my songs, You’re Gone and By Your Side, made it to the semifinals of the UK Songwriting Contest in 2016. Who know? Maybe, one day, I’ll go even further.”

In conclusion, James Bakian has a promising future. He is currently in school, and his favorite word is inspiration because it drives originality. His passion is music and he loves writing, singing, and recording original music and singing cover songs of his favorite artists such as Adam Levine, Maroon 5, Charlie Puth, Sam Smith, Ed Sheeran, etc.