Ish Akanour is a 21-year-old rapper from Agadir, Morocco. Not too long ago, he released an introspective rap tune, entitled, “Tangled ( L – I – V – E ),” released in collaboration with Blame The Label.

‘Tangled ( L – I – V – E )’ finds Ish Akanour rapping about his past mistakes and the meaning of his music. The introspective tune contains a relatable narrative and ear-pleasing delivery that will resonate well with fans of ISSAM, 8ird, Nessyou, and Stormy. Also, “Tangled ( L – I – V – E )” possesses booming bass, thumping drums, and moody trap instrumentation flavored with contemporary and alternative rap elements. Furthermore, the song serves as a tasty appetizer to what listeners can expect to hear from Ish Akanour in the near future as he continues to release new music.

Ish Akanour represents Springfield, Western MA. At the age of seven, he moved to the United States. His upbringing in Morocco provided him with a broad cultural perspective and influenced his sound significantly. He often lends a unique vibrato to his voice, reminiscent of the Imams he heard as a child, echoing prayers through the winding streets of his hometown. Old soul and leader of the new school, Ish often weaves inspiring lyrics about self-betterment, crushing goals, and dodging snakes. Recently, he was featured on Gary Vee’s Monday to Monday playlist. Also, he has been featured on Spotify’s official playlists such as Fresh Finds: Hip Hop, Arab X, and New Music North Africa. 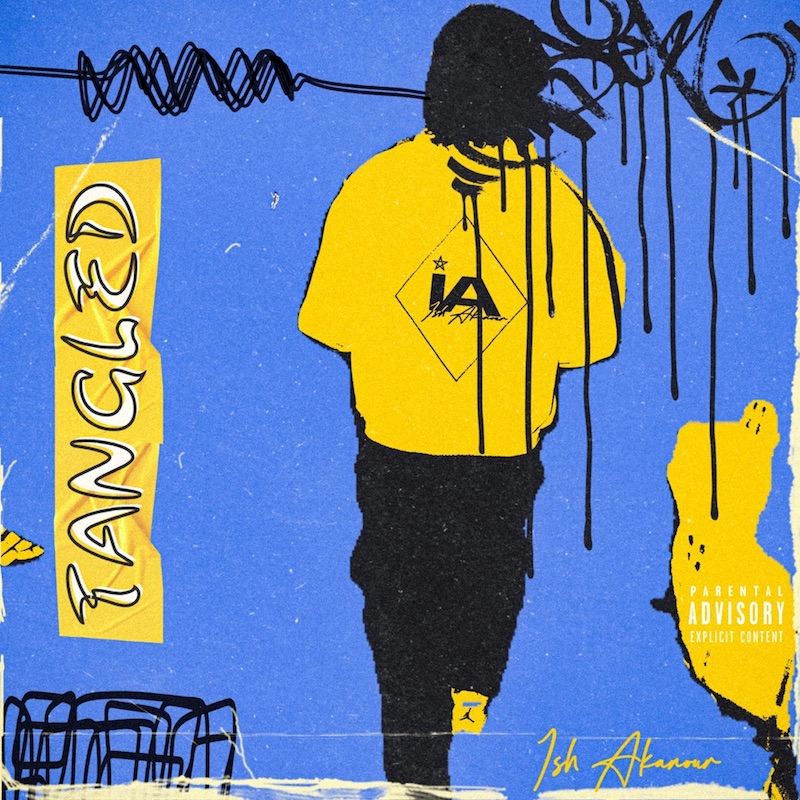 We recommend adding Ish Akanour’s “Tangled ( L – I – V – E )” single to your favorite contemporary rap playlist. Also, let us know how you feel about it in the comment section below. Mel Blanc’s famous catchphrase, “That’s All Folks!” Thanks for reading another great article on Bong Mines Entertainment – the hot spot for new music. Always remember that (P) Positive, (E) Energy, (A) Always, (C) Creates, (E) Elevation (P.E.A.C.E). Contact us on social media via Twitter, YouTube, Instagram, or Facebook, and let us know what’s going on. “Disclaimer: This post contains Apple TV and Apple Music affiliate links. When you buy through links on our site, we may earn an affiliate commission.