Ingrid Andress is an emerging Nashville-based singer-songwriter from Denver, Colorado. Not too long ago, she released a concept video for her “Life of the Party” single.

“I’m laughin’, I’m dancin’ on tables wearin’ sunglasses. Fantastic, yeah, I’m killin’ it, I’m faded, I’m takin’ more shots, tequila and Jameson. I’m famous, yeah, I’m killin’ it. It’s 3 A.M., still goin’ strong. Not goin’ home, no. Look at me, I’m the life of the party. ‘Round here everybody loves me. But they don’t know that I’ve been hurtin’. ‘Cause, baby, ever since you left me, I’ve been the life of the party.” – lyrics

‘Life of the Party’ serves as one of Ingrid Andress’s most powerful and essential statements yet. The heartfelt tune tells an emotional tale of a woman who recently experienced an emotional breakup with her significant other. To soothe her broken heart, she drinks and has fun at parties, where partygoers show her love. Even though (outwardly) she seems happy, deep down her heart is in turmoil. Nevertheless, she admits that she’s happy and could care less if her ex never calls her again. 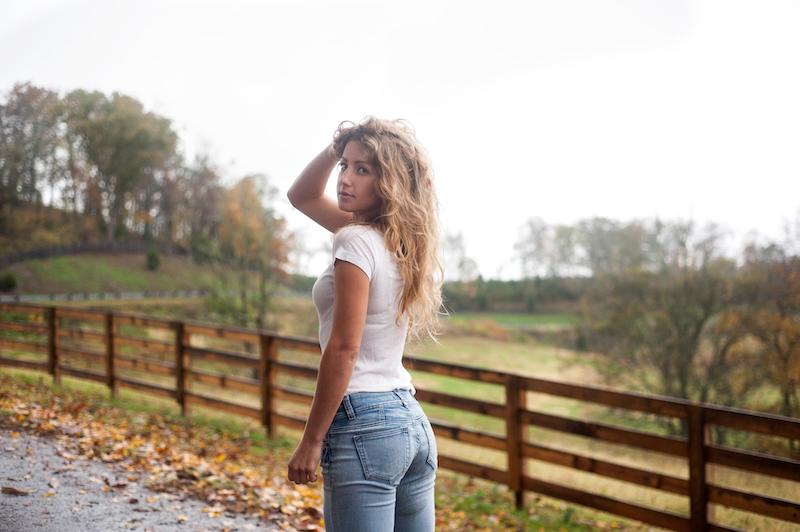 “I wrote this when I was going through a rough breakup. But it didn’t look like I was sad because I was out partying all the time. I think deep down I wanted everyone to know how I really felt, but being the life of the party helped me forget how hurt I was. So I consider this song my ‘sad party girl’ anthem. It was actually written in France, in a castle, on a writing trip with some friends. It was pretty magical—especially while drinking delicious French wine.” – Ingrid Andress via Apple Music

Ingrid Andress is the kind of artist who fits perfectly at the moment but has the staying power and timelessness to last too. So far, she has accumulated over 130 million streams alongside co-writing credits for artists such as Charli XCX (“Boys”), Bebe Rexha, FLETCHER, Dove Cameron, and Alicia Keys.

“It’s important to speak your truth, and music has always been a way where I feel like I connect with people. Now more than ever, we need people to start saying something real.” – Ingrid Andress

Not too long ago, Ingrid Andress played her debut U.K. shows at last year’s Country 2 Country before completing a short headline tour which included a sold-out London show at The Courtyard Theatre. Also, she played Keith Urban’s “All for the Hall” benefit concert in Nashville and has a huge year of touring ahead of her.

We recommend adding Ingrid Andress’s “Life of the Party” single to your personal playlist. Also, let us know how you feel about it in the comment section below.