Hunter is a talented singer-songwriter, acclaimed actress, and model from Montana. Not too long ago, she released a wonderful debut EP, entitled, “Hello: My Name is HUNTER.”

Hunter – “Be Mine” lyric video

There’s a wise and eloquent spirit bouncing between moments of soulful expression, R&B energy, pop bliss, and alternative boundary-breaking, at the heart of HUNTER’s music. A storyteller packed with a soul whose honesty rings out just as powerfully as her vocals do. After generating millions of views with showstopping turns on YouTube’s live performance series, Scary Pockets, and attracting a growing audience, Hunter properly introduces herself on her new EP.

“Hello: My Name is HUNTER” EP

“When I write, I think of how my lyrics could apply to my listeners. I know I was given a voice to sing. I feel like I need to share it. When you play my music, I want you to feel a connection. I want these songs to play into your life, help you escape, or celebrate a memory.” – Hunter explained

Hunter left home at the age of 18 to pursue a college education in Los Angeles at Musician’s Institute. She later graduated with a double major in Vocal Performance and Music Production. By 2016, she was paying the bills by modeling and acting on television. Also, she held down a year-long residency as the house artist at the popular Los Angeles club and celeb hotspot, The Nice Guy.

On one particular modeling trip, Hunter met GRAMMY® Award-winning recording artist, producer, and songwriter, Lukas Nelson, at the gate of the Austin, Texas airport. Striking up an instant friendship, Lukas would enlist her to accompany him during various high-profile gigs such as sold-out shows at The Troubadour and The Fonda, and an appearance on CONAN. His father, Willie, even recruited Hunter to join him during his performances at the Hollywood Bowl and Austin City Limits. 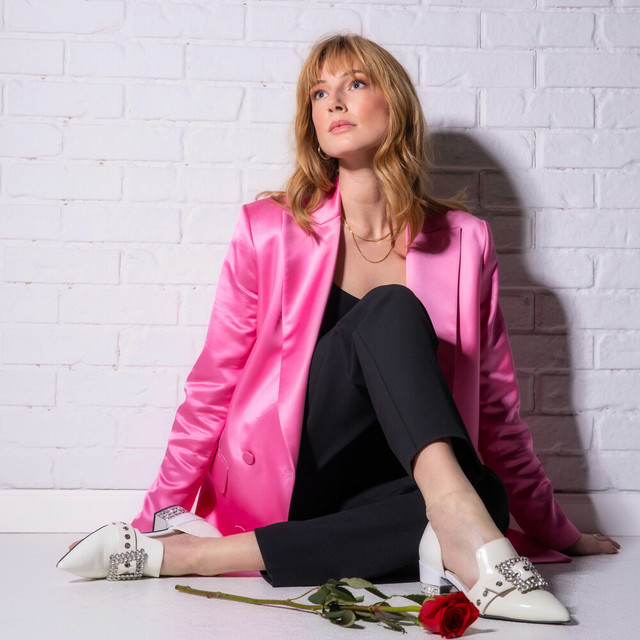 “It was incredible to hear her music for the first time. I was struck by her soul (…) she’s just got so much soul.” – Lukas stated

“I owe my ability to perform on the fly to the Nelsons. Lukas taught me I needed just to get out and say, Yes.” – Hunter added

In between, singer-songwriter, Joshua Radin, invited Hunter to join him for a duet of Sam Cooke’s “Bring it on Home to Me” on Scary Pockets, a YouTube performance series generating over 2.6 million views.

Hunter’s voice powered covers of Bob Dylan, Adele, Marvin Gaye, Al Green, and Vulfpeck, making her one of the go-to voices on the program and entrench her in the community of artists. She luckily met producer, John Alagia, through Lukas and wound up recording her EP with him behind the board alongside her co-producer producer, Jesse Siebenberg, at the Village Studios in Los Angeles.

“We wrote ‘Borrowed Time’ years ago. I was getting over a crush at the time. It’s a beautiful song about having a moment with someone and knowing it can’t go any further. You just have to accept it. Coincidentally, on the day we released the track, I had broken up with my ex and that was the day he left. The song’s meaning became even more personal for me and took on a new story.” – Hunter explained

“‘Closer’ was inspired by the feeling of driving down the road with the windows down on an easy summer afternoon. We’ve been through a lot over the last few years, and I wanted a song that could help my listeners escape what’s around us.” – Hunter proclaimed

Meanwhile, “Closer,” written by Hunter, John Alagia, and guitarist/songwriter phenom, David Ryan Harris, unfolds as an upbeat happy love song meant to remind you of that honeymoon butterfly feeling you get when you’re crushing on someone. That’s still part of the message, but it’s evolved,” Hunter reveals. “COVID is going away, the masks are coming off, and we can get closer to our loved ones. It feels universal.”

“Lots of people have a nine-to-five job and a crush at work. I love the comedy series, The Office. I was watching a slew of episodes late one evening and was inspired to write a song about office love. I pictured myself in a cubicle and what it would be like if I had a crush on somebody at work. It’s a relatable song about catching feelings for that special someone at the office.” – Hunter explained

The soulfully sweet single, “Just Can’t Tell You,” was written by Hunter and famed funk/soul producer, Joe Bagale (a.k.a Otis McDonald). The Motown-style song’s melody and tambourine underline flirty, fun lyrics, and coy delivery. In the end, Hunter’s soul shines through her voice.

“Today, I am the strongest version of myself that I have yet to be in my life. I have put in the work. I have learned so much from everything I’ve gone through in life and music. It has all brought me here, with new insight and confidence, and emotional intelligence that I want to use to help others through my music. I’m an open book, I want to share my heart and experiences, and I finally feel ready to be HUNTER the artist.”

We recommend adding Hunter’s “Be Mine” single to your favorite contemporary pop playlist. Also, let us know how you feel in the comment section below. Mel Blanc’s famous catchphrase, That’s All Folks! Thanks for reading another great article on Bong Mines Entertainment – the hot spot for new music. Always remember that (P) Positive, (E) Energy, (A) Always, (C) Creates, (E) Elevation (P.E.A.C.E). Contact us on social media via Twitter, YouTube, Instagram, or Facebook, and let us know what’s going on. Disclaimer: This post contains affiliate links. If you make a purchase after clicking a link, we’ll collect a share of sales or other compensation.