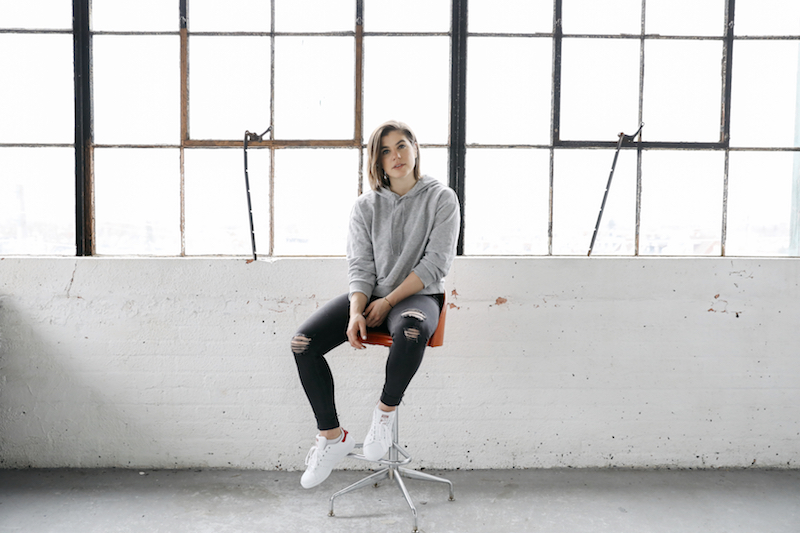 Holly Ouellette is an up-and-coming singer-songwriter from Toronto, Canada. Not too long ago, she released a lovely debut single, entitled, “Little Victories”.

“‘Little Victories’ is a song that I wrote as I was reflecting on a not-so-distant past. At the time, I was living my life in circumstances that, though at one point felt perfect for me, begun to feel like a daily battle. Before coming to the realization that I had to move on, it took many red flags that I attempted to defeat along the way to try to make a relationship work for me in the way that it once had. It took each struggle, hardship, and heartache for me to learn that life and love are about so much more than little victories and fighting my way through each day.” – Holly Ouellette

‘Little Victory’ tells a bittersweet tale of a determined young woman who struggles to get through each day after experiencing the burning effects of love.

Apparently, as she moves forward, she concludes that all the battles fought and won are nothing more than history.

The injury which ended Holly Ouellette’s ice hockey career led her to explore self-discovery through songwriting.

Get acquainted with Holly Ouellette’s music by streaming her EP via Spotify.

We recommend adding Holly Ouellette’s “Little Victories” single to your personal playlist. Also, let us know how you feel about it in the comment section below.