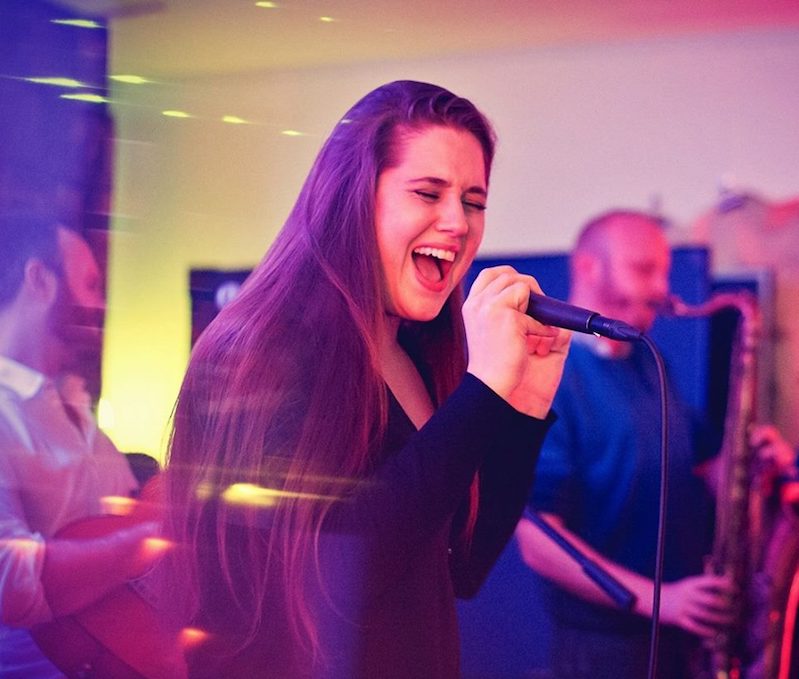 Halfpenny is a London-based hip-hop and jazz collective. Not too long ago, they released a music video for “This Is Just Me”, a groovy funk tune from their upcoming debut album.

Halfpenny – “This Is Just Me”

The David Ledger-directed video finds Rosalind walking up the block at night. Shortly afterward, she enters a suburban home, filled with lounging band members who are in a festive mood.

‘This Is Just Me’ contains a relatable storyline, delicate soul vocals, and a harmonious instrumentation perfumed with a nostalgic soul scent. Also, the song tells the tale of a woman who is transparent, and what you see is what you get.

Halfpenny – “This Is Just Me”

Halfpenny consists of eight members who are close friends or relatives. So far, they have played alongside an impressive roster of artists including Bombay Bicycle Club and Andreya Triana. Not too long ago, BBC Introducing showcased their talent. Also, their high-octane performances have been highlighted across several venues and festivals.

Halfpenny’s sound is created from a mixture of vocals, instruments, and beatboxing. Also, their musical influences include Bonobo, Roots Manuva, Zero 7, Buena Vista Social Club, and The Streets.

We recommend adding Halfpenny’s “This Is Just Me” single to your personal playlist. Also, let us know how you feel about it in the comment section below.