Greta Lovisa is an up-and-coming 20-year-old singer-songwriter based in London, England. Not too long ago, she released a lovely debut single, entitled, “7Am”.

“My body aches from making all the same mistakes. You’re still asleep, I’m at the station. I had to leave, lost all my patients. Make-up from last night throws shadows around my eyes. Drank too much to numb the pain, can still feel it in my veins. Last time I’m leaving, this was our last evening tryna find lost love. ‘Cause I can’t stand this feeling that I kept on believing that it was still us.” – lyrics

‘7Am’ tells a heartfelt tale of a young woman who finds herself crying on an early-morning bus-ride home. Apparently, she just left her significant other who doesn’t know that they just performed their very last kiss together. Later, the woman admits that she held on for too many years, wasting energy, and ignoring the hard facts. 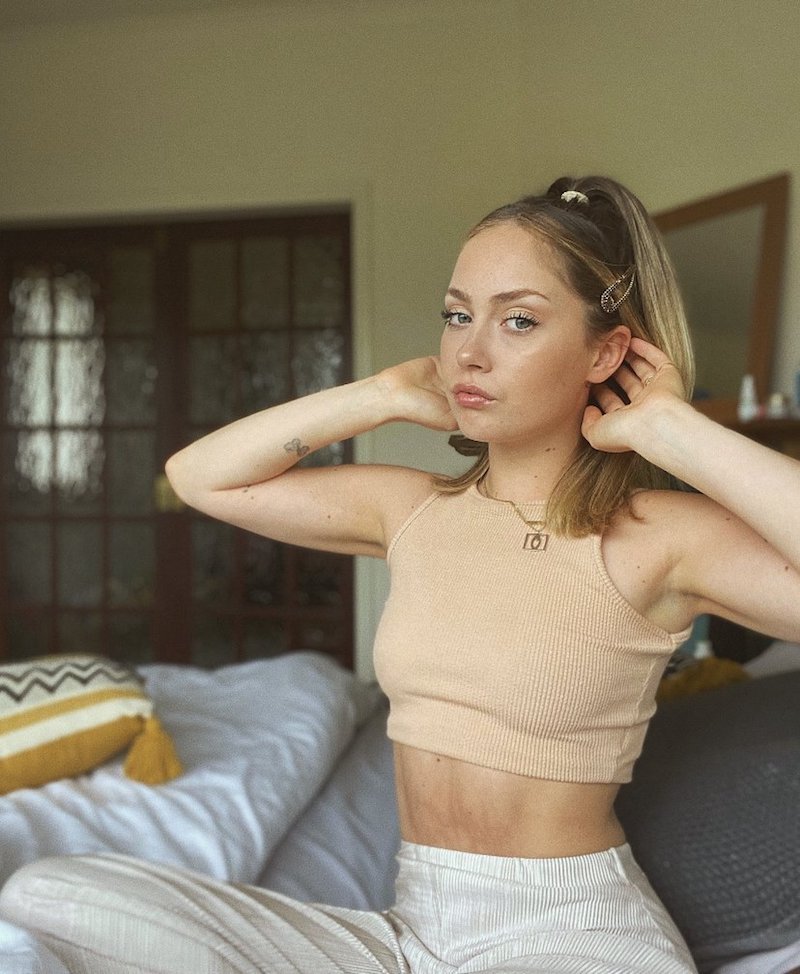 “The song is about someone finally leaving a toxic relationship. Even though the person was trying hard to make the relationship work, he/she now realizes that they have to leave the other person, as it not only hurts themselves but the other person as well. ‘7Am’ talks about the situation where this person is on their way home from his/her ex-partners house after having stayed the night and knowing it will be for the last time. It thematizes, how we go back to someone we once loved, to find what we once had with them, but having to move on in order be happy.” – Greta Lovisa

Greta Lovisa grew up in Germany to a Swedish mother and German father. She moved to London in 2019 to study Professional Vocal Performance at the Institute of Contemporary Music Performance (ICMP). Her biggest musical inspiration is Destiny’s Child.

“I write most of my songs on the bus, on my way to work, way to uni, or somewhere else, which was the reason for the main lyric of the song. As I have been in the situation myself, I wanted to look back on that time and reflect. This inspired me to write ‘7Am’.” – Greta Lovisa

Not too long ago, Greta Lovisa released her follow-up single, entitled, “Expendable”. Also, she has two more singles coming soon. Therefore, keep a sharp eye on Greta as she writes her name in the sand.

We recommend adding Greta Lovisa’s “7Am” single to your personal playlist. Also, let us know how you feel about it in the comment section below.