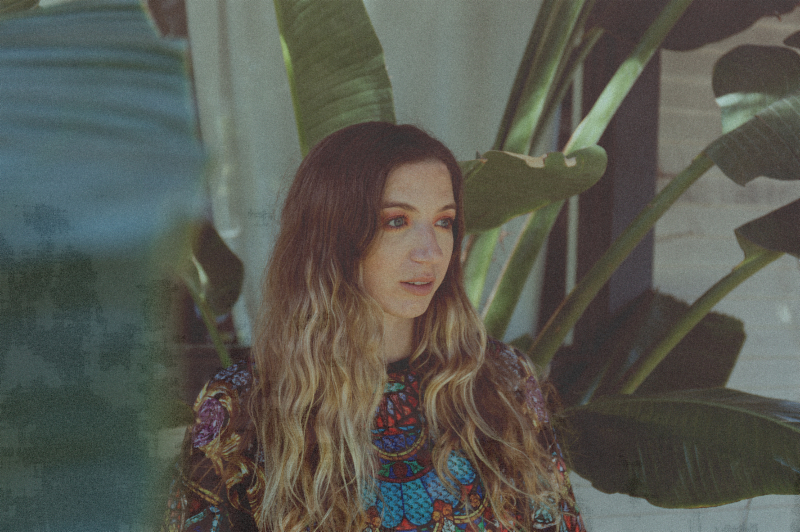 frogi is a singer-songwriter and producer based in Los Angeles, California. Not too long ago, she released a lovely debut single, entitled, “Peace of Mind”.

“How many days can we fade away? All that is left is every mistake. You know sometimes we’re picking it up to let it go. Are we alright? All I want is for you to let me know. All this time we’ve been playing all of the same notes. Can we find some peace of mind?” – lyrics

‘Peace of Mind’ tells an interesting tale of a young woman who invites her significant other to share a moment of clarity with her.

Apparently, she’s concern about their fading relationship and desires for them to be on a more serene plateau.

“I was feeling pretty low about the state of the world and wanted to make a song about meeting someone halfway. I think if we all could just forget our own bullsh*t and break these patterns we trap ourselves in, the world could be a better place. The song is about having love for someone, but also confronting them in a ‘hey, I care about you, I wanna know where you’re at and how we are’ kind of way. Instead of a ‘what’s wrong with you? I don’t understand you’ kind of way.” – frogi

frogi grew up outside of Chicago and moved to L.A. when she was 19-years-old. Not too long after that, she lost someone dear to her. But writing songs and playing with her dog helped her get through that dark moment in time.

Shortly afterward, she started her musical journey in an indie-rock band called ‘After Arrows’.

Since then, she has worked with an old-time songwriter named Ned (The Monkees, The Archies). He taught her about the writing process and gave her access to his studio, where she nurtured her writing and producing skills.

We recommend adding frogi’s “Peace of Mind” single to your personal playlist. Also, let us know how you feel about it in the comment section below.