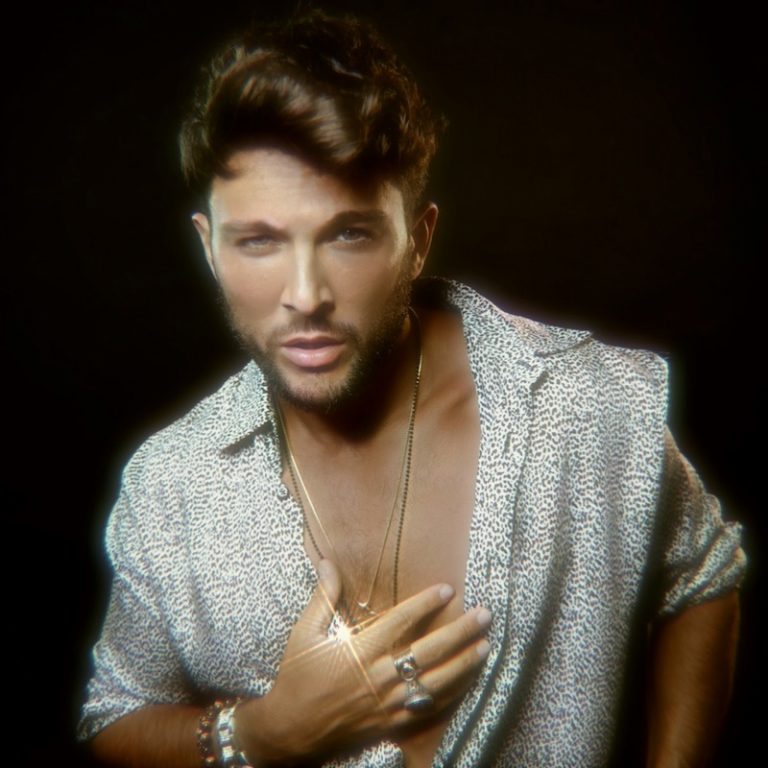 Frankie Zulferino is a singer-songwriter, dancer, choreographer, and TikTok star based in New York City. Melii is a Universal recording artist from Harlem, New York. Not too long ago, they release an appealing music video for their “Hit That” single.

“When I recorded ‘Hit That,’ I had my mindset on bringing on a female artist. I wanted that female energy and power to complete my vision. When I connected with MELii, I instantly knew she was the perfect artist for this. But what really got me was our first conversation. She said she loved the song and saw the vision, that this is something really different for her, and would love to be a part of it. She really is such a humble person with a natural gift and talent and I couldn’t be more excited for our collaboration and for the world to dance this one with us.” – Frankie Zulferino explained

‘Hit That’ contains a relationship-based narrative, ear-pleasing vocalizations, and tuneful melodies that will resonate well with fans of Bruno Mars and Cardi B. The urban tune seeks to bring back the ‘80s, ‘90s, and 2000s nostalgia. Also, the song possesses drum-driven instrumentation flavored with hip-hop, contemporary R&B, and disco-pop elements. Furthermore, Frankie Zulferino hopes “Hit That” can make listeners feel good again, dance again, and forget about their troubles in the midst of these crazy times. 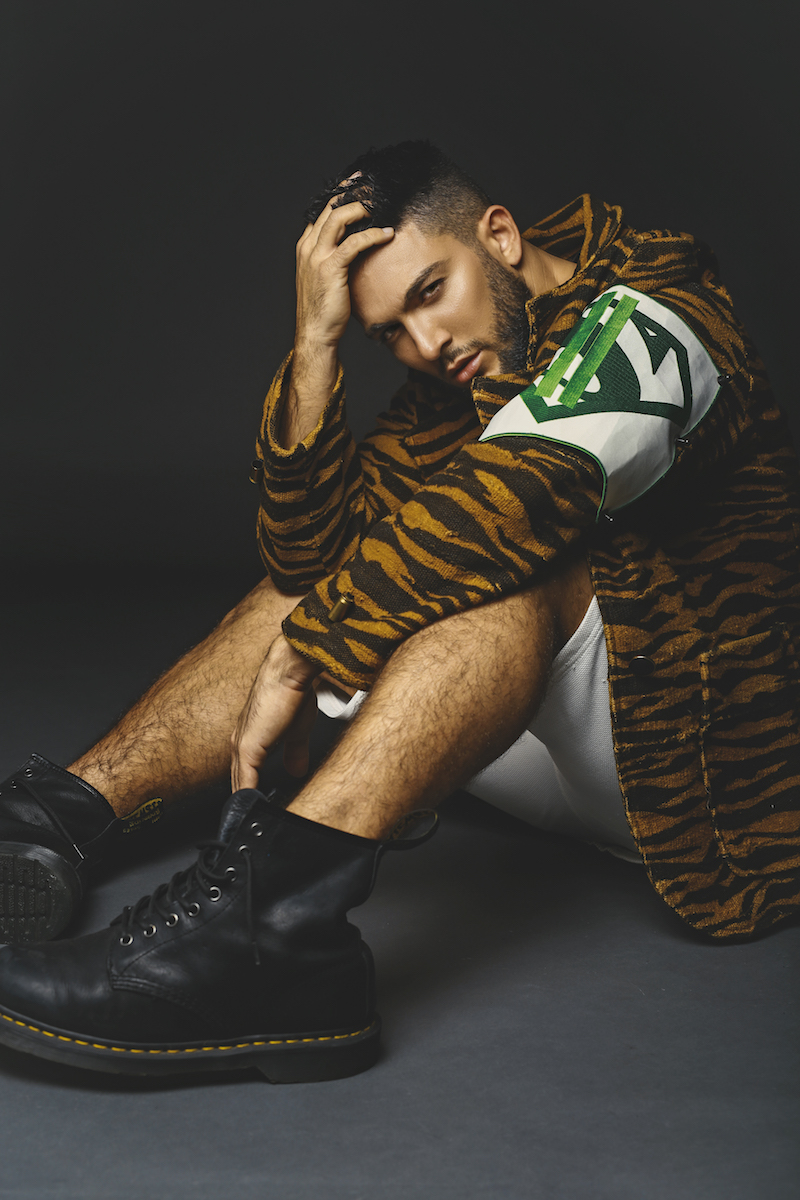 “A lot of my inspiration comes from old school Puff Daddy, Janet Jackson, and Missy Elliot music videos, with a ton of dancers. When I went in to record the single, my goal was to take what I love about the ‘70s, ‘80s, ‘90s and early 2000s and fuse it together. I want to genuinely sell who I am as an artist and as a person; I don’t think you can sell something massively unless you’re being true to yourself.” – Frankie Zulferino explained

Frankie Zulferino’s authenticity has not gone unnoticed by those who have inspired him to be who he is. Icons such as Janet Jackson, Ne-Yo, and Paula Abdul have sent him love by posting about his tribute videos to them. This past year alone, Frankie has accumulated over 700K followers on TikTok. 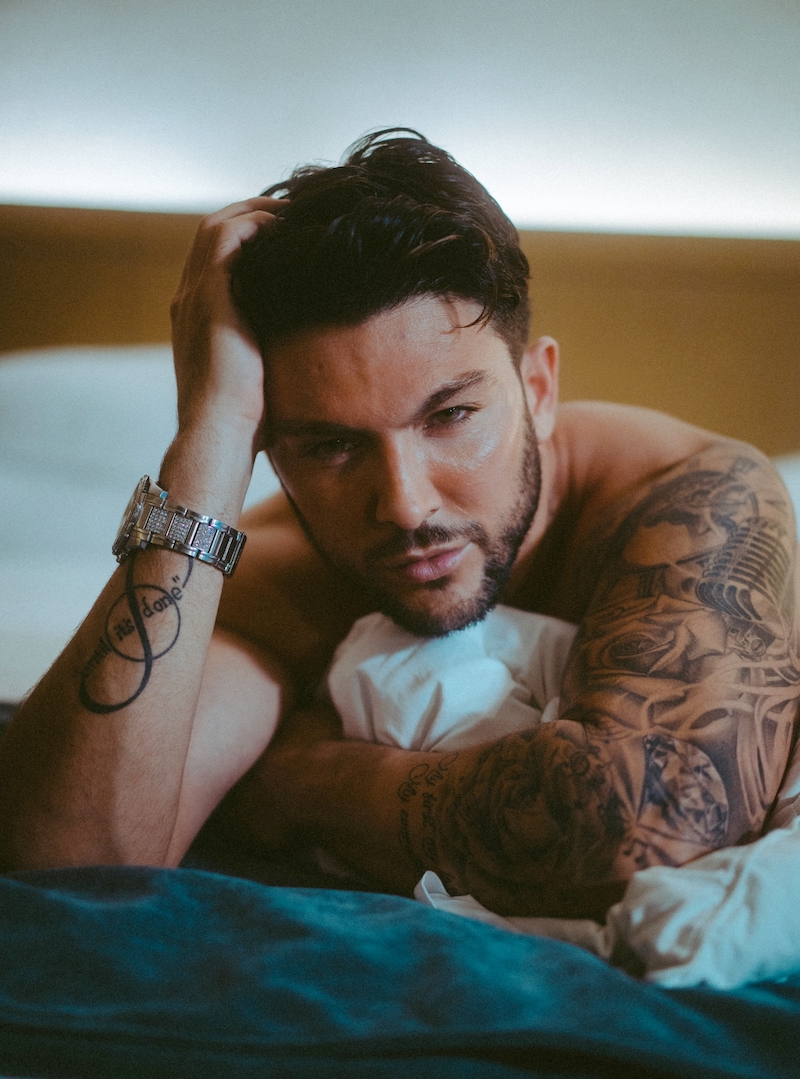 “It’s been the height of my career for sure which is crazy considering it’s in the middle of the worst times of most people’s career. My fans are everything to me; I wanted to really connect with people. Instead of just shutting down, I made sure to get super involved. Performing for my fans, posting every day, and going live. Paying tribute to my inspirations. My fans kept tagging Janet, Ne-Yo, and Paula Abdul on social media until they each reposted. Paula even reached out to collaborate on a video. It was definitely a turning point in my career and I’ll forever be grateful for all these moments.” – Frankie Zulferino stated

Frankie has also been releasing other cover videos such as “Let’s Get It On” by Marvin Gaye and “I Feel For You” by Chaka Khan. Both covers landed a spot within the Top 15 on the iTunes Pop Chart. Prior to his viral TikTok success, Frankie had plans to work in Europe for six months to a year to expand his fanbase. He packed up his bags, got to Europe, and then everything shut down when Covid hit. When he arrived back in New York, Frankie had an important decision to make. 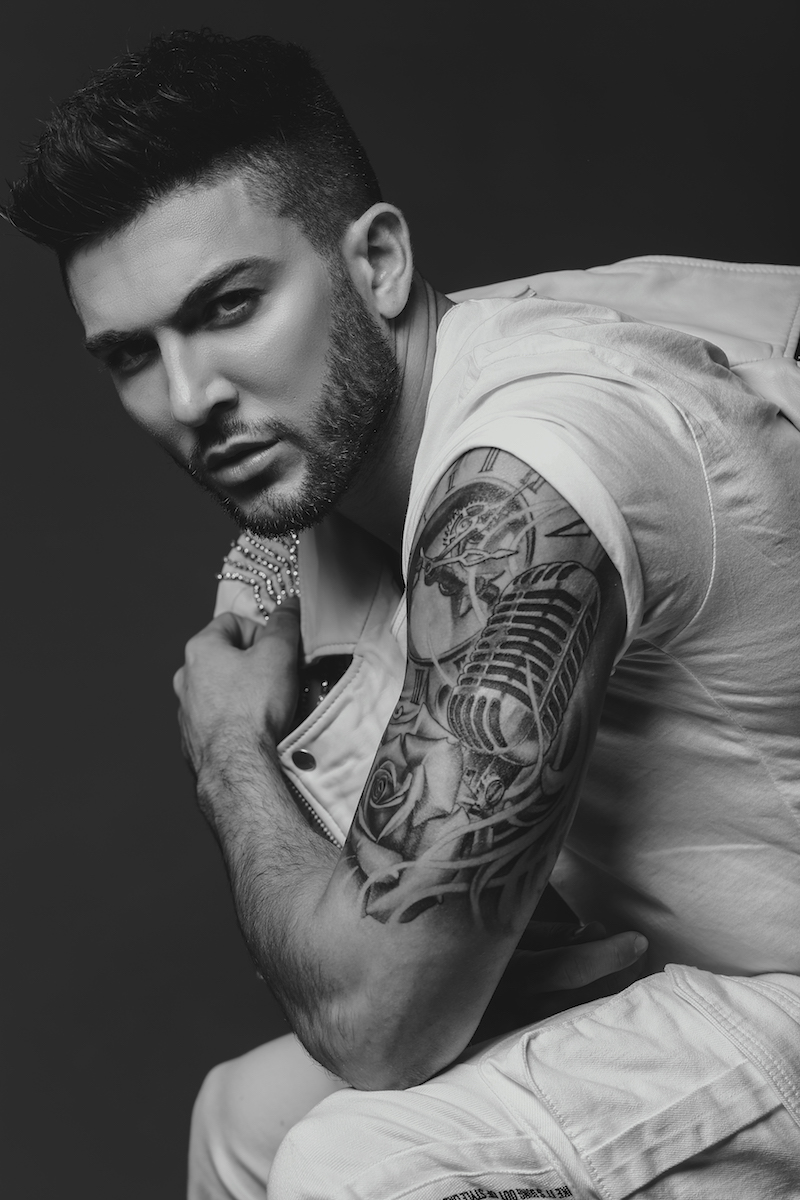 “I have two decisions here; I can crumble and let this ruin me or I can figure this out and take it to the next level. Everything is a mindset, we’re all in this craziness together and we need to deal with it. People had plans to get married, have their Broadway debut, etc. I’m not going to let this year of my life pass me by. I’m going to work just as hard and not make excuses.” – Frankie Zulferino stated

With that mindset, Frankie Zulferino continued on to do over 40 live concerts throughout the pandemic, and push to make the connection with his fans even stronger. In October he successfully threw an hour and a half long Covid-safe virtual outdoor concert, with a full stage, dancers, pyro, and multiple costume changes. Also, he flew 80 fans in who won a contest, sold over 1,500 virtual tickets, and had tremendous merch sales that would always sell out on the first day. 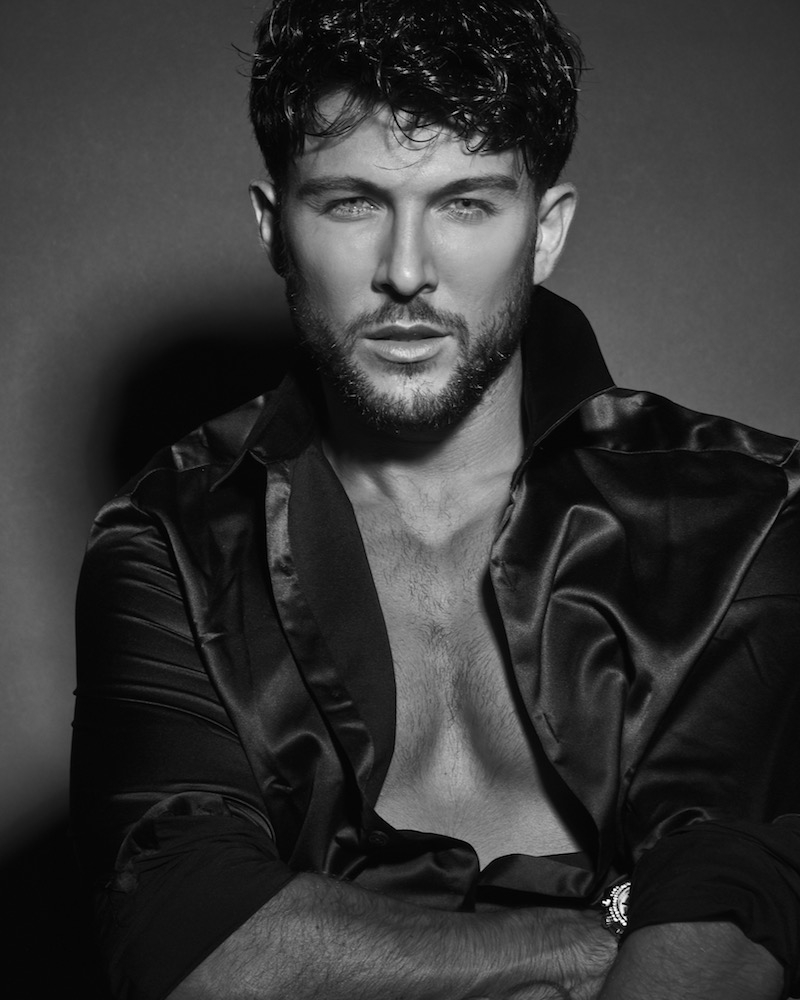 “That was really huge for me, to me that means more than a number. It’s real people who came to watch me and buy t-shirts with my face on it. Of this past year, it was my biggest accomplishment.” – Frankie Zulferino stated

Frankie didn’t gain his 100k plus Instagram fans and five million Spotify streams/YouTube views overnight. He worked hard for it and has been singing and dancing for the majority of his life. He grew up in an old school environment, where boys typically played sports and girls danced. Frankie’s mom saw something special in her son and decided to break the stigma by enrolling him into dance classes around the age of 11. 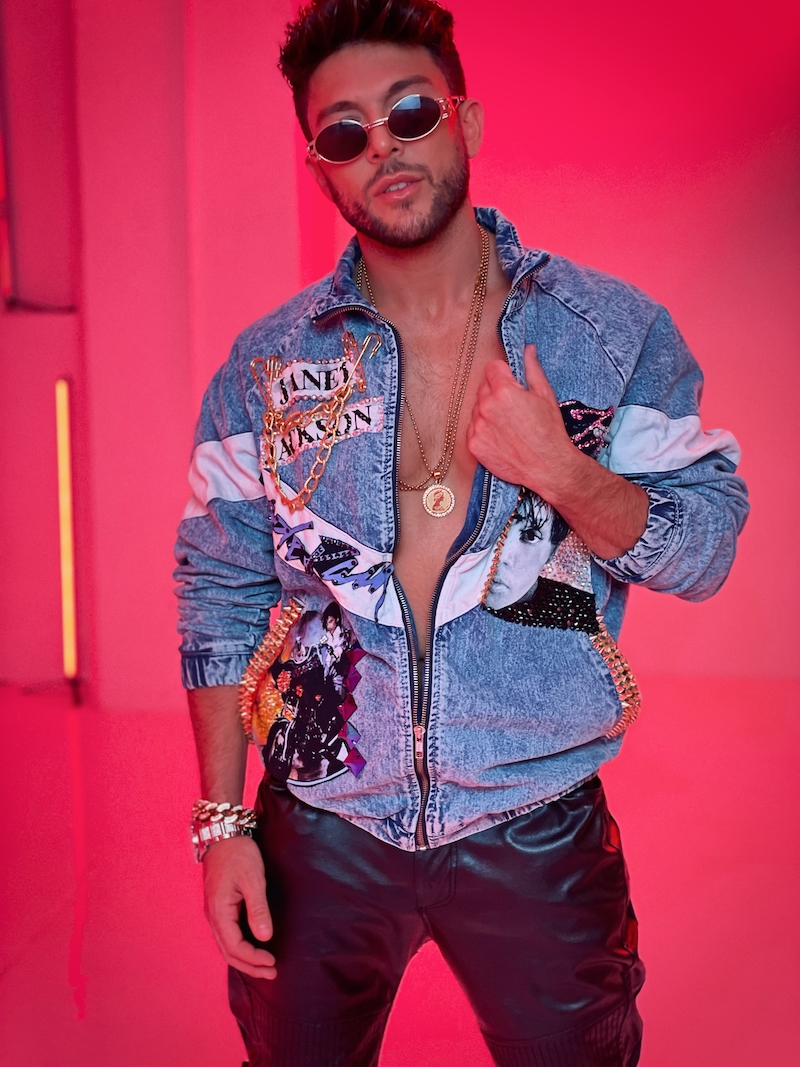 “When people first used to tell me I was a great performer it made me realize just how naturally it came. The ability to dance and perform was always something I just had; the second I went on stage for the first time something came over me. I felt like I was born to do this.” – Frankie Zulferino stated

These dance lessons quickly turned into vocal lessons, musical theater enrollment, local play performances, and theater shows in NYC; all of which led him to leave college at 18 years old and was the first member to join the boy band, WOW, after seeing an ad on Myspace to audition. Despite the success of WOW, with tours all across Europe and Canada, opening for Justin Bieber and Selena Gomez, managed by Paris D’jon (98 Degrees, Jessica Simpson), deals with Livenation and CAA; Frankie eventually decided to pursue his solo career and continue to follow his dreams. 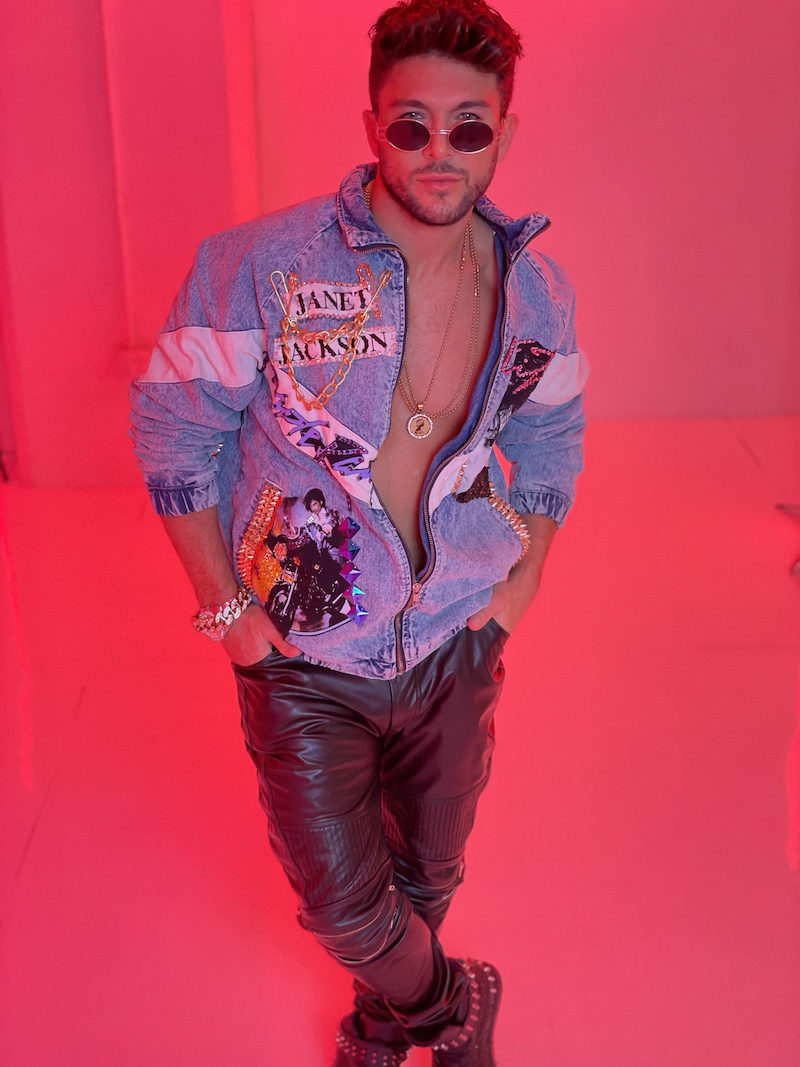 Frankie’s first career move as a solo artist landed him as a Top 4 contestant on The CW’s The Next. As well as signing with Johnny Wright (Justin Timberlake), touring across China and performing at New York Fashion Week. Amongst all of this success, Frankie was constantly being asked, “how are you not famous?” which only pushed him to work even harder than he already had been.

“It’s really because I made a lot of the wrong decisions in terms of social media. I didn’t believe in social media. It’s great to connect with fans but personally for me, I don’t believe that art and music should totally be based upon numbers and popularity. If you’re really talented you should be working on your craft. You should be in the studio recording making music that’ll last.” – Frankie Zulferino stated

‘Hit That’ serves as a tasty appetizer to what listeners can expect to hear from Frankie Zulferino and Melii in the near future. 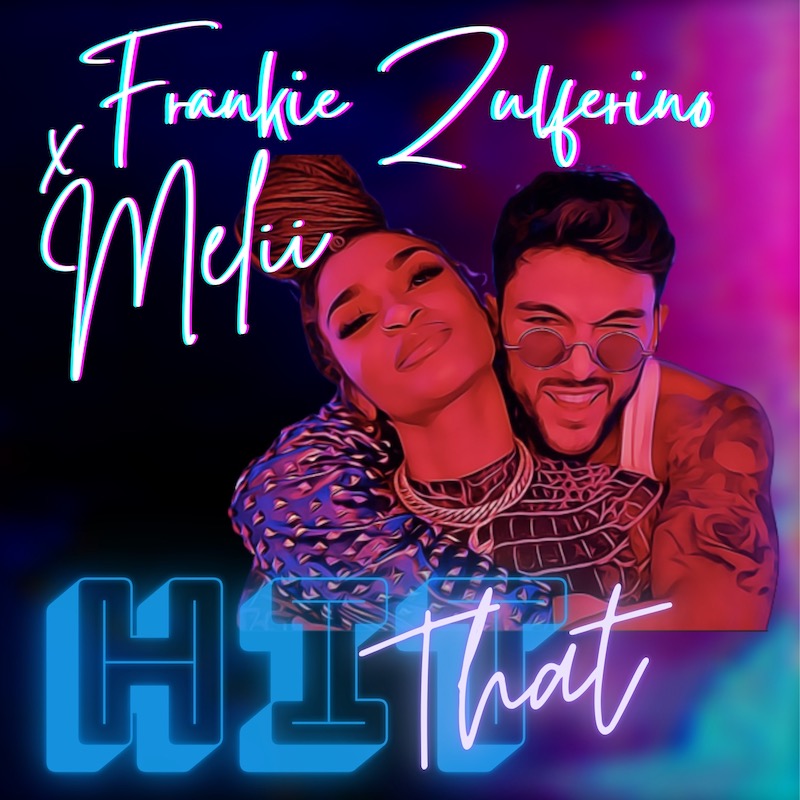 “I want to do great things with my platform and give back and make changes. I’d like to eventually open up dance studios for kids and bring in the best dancers for them to learn from. That’s super important to me. Of course, I have a lot of goals in my career that I always want to elevate. My personality forces me to always want more and to always be bigger and better. Also, I want to hopefully inspire people and make a positive difference in the world.” – Frankie Zulferino stated

We recommend adding Frankie Zulferino’s and Melii’s “Hit That” single to your favorite urban R&B playlist. Also, let us know how you feel in the comment section below. Mel Blanc’s famous catchphrase, “That’s All Folks!” Thanks for reading another great article on Bong Mines Entertainment. And always remember that (P) Positive, (E) Energy, (A) Always, (C) Creates, (E) Elevation (P.E.A.C.E).