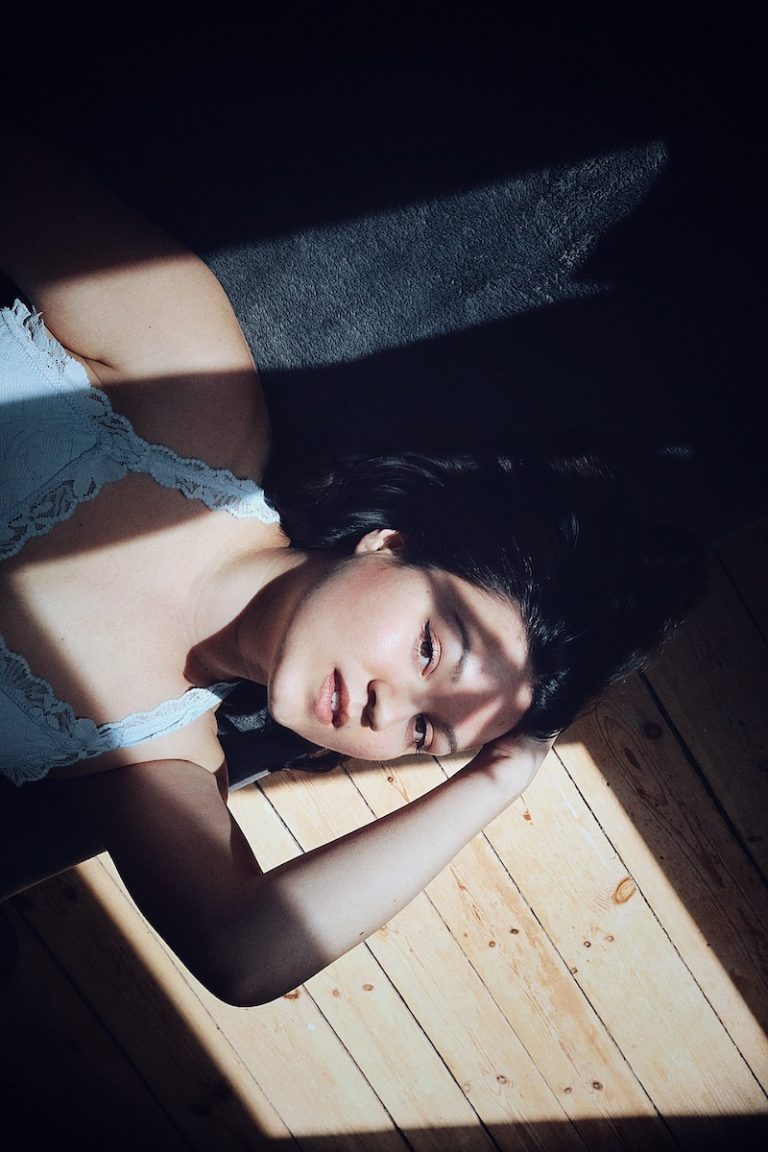 Emina Sonnad is an up-and-coming indie-pop singer-songwriter based in Berlin, Germany. Not too long ago, she released a lovely music video for her “Aperol” single.

“‘Aperol’ is a tribute to being unapologetically yourself even when your world is falling apart. I wrote this song while feeling very abandoned at the beginning of the pandemic. I was going through a rough breakup and had unexpectedly ended up quarantining alone in a foreign country. Which gave me a lot of time to think about what it means to love someone. Also, what it means to stand your ground in the face of heartbreak.” – Emina Sonnad explained

‘Aperol’ tells a heartfelt tale about a young woman who shares a problematic relationship with her significant other. Apparently, her partner always used to tell her she was the best, but now, her companion only mentions how she’s depressive and self-obsessed. Therefore, she walks around with a heavy heart and worries about her companion forgetting her as they grow older. Later, she admits that it won’t be the end of the world if her partner chooses not to be by her side.

“It’s not the end of the world, you just walked out of mine.” 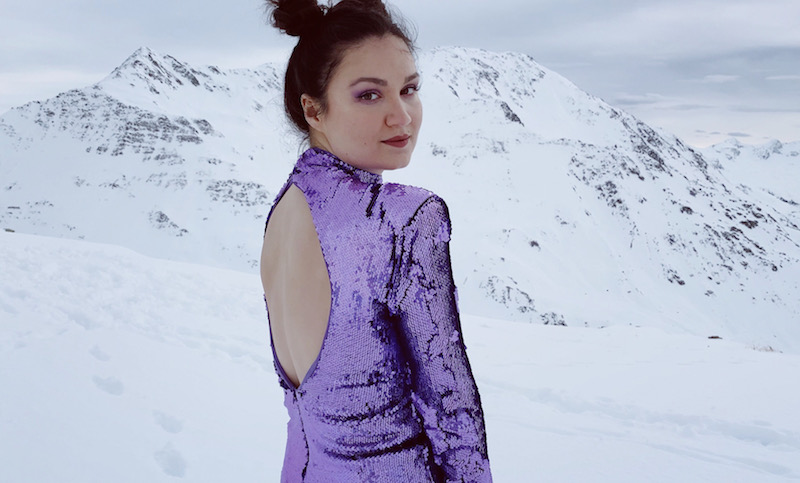 “I remember walking home from the grocery store one night and being stopped by a couple who had spotted a line of strange lights in the sky. It was surreal, just standing there with two strangers and staring up at the sky in silence. Wondering if the world was about to end and realizing it wouldn’t surprise me at all. The guy had his arms wrapped around his girlfriend. As if he wanted to be as close to her as possible, just in case. Turns it was only some satellites. But at that moment it hit me, ‘Yes, I deserve to be with someone who would stay by my side for the end of the world.’” – Emina Sonnad stated

Emina Sonnad stumbled upon her musical identity after unexpectedly losing her job teaching English in Madrid. In an effort to find her place in an unfamiliar city, she attended her first open stage night at Sala Alive. Her soft, melancholic voice cut through the chaos of the bar, captivating the crowd. Quickly, she was swept away by the vibrancy of the Spanish music scene. Mentored by a tight-knit community of indie musicians, Emina spent the year songwriting, performing in small venues, and recording her first single, “Pretending to See Stars,” a dark, introspective ballad, self-released in 2018.

The song’s distinctively wistful vocals caught the attention of Pretty Pink, Germany’s emerging deep house artist. She invited Emina to co-write and feature on her next project. The resulting collaboration, “Overrated,” was released through Found Frequencies and streamed by millions. That success brought Emina to Berlin with a newly acquired taste for electronic music and an unapologetic desire to grow as an artist. 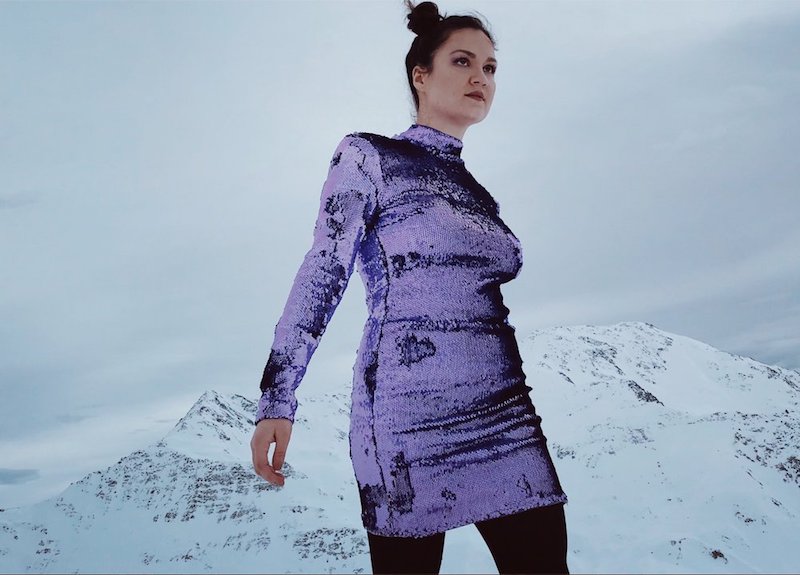 “I think having this sense of self-advocacy makes it easier to embrace the absurdity of your pain when things get bad. It’s kind of like looking in the mirror and saying, ‘I see you, and you are absolutely ridiculous. But I love you anyway.’” – Emina Sonnad stated

Emina Sonnad splits her time writing techno toplines and hosting open-mic nights in Berlin’s trendy Space Meduza Bar. Also, she’s releasing an acoustic EP with the folk-pop project, Half a Disaster. Emina gained a small but dedicated local fanbase, whose support encouraged her to spend the entirety of the 2020 lockdown creating something more personal. Teaming up with Berlin producer, Edgar Möller, she recorded six of her original songs, culminating in a record deal with UK based label, At Swim Music. Emina’s upcoming releases invite listeners to pause and take comfort in the bleakness, the beauty, and the absurdity of everyday life. 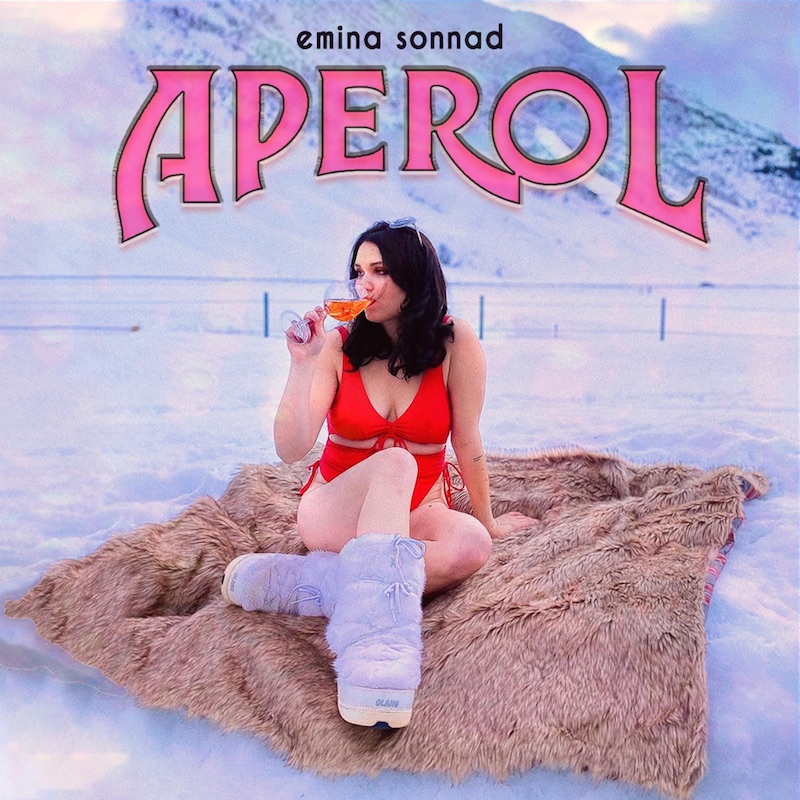 “Summer in the city and the air feels heavy. Got my eyes closed swimming through white wine and Aperol. Bittersweet and pretty my feet unsteady. Kick my shoes off dancing, are you coming back at all? Thought they were pretending when a couple stopped me on the street. Said, ‘Someone playing God has put the stars in a perfect line.’ Thought the world was ending so he wrapped his arms around her. Right then, I saw that love is who you turn to at the end of time.” – lyrics

‘Aperol’ contains a relationship-based narrative, pleasing vocals, and tuneful melodies that will resonate well with fans of Lana Del Rey, K.Flay, Tove Lo, and Phoebe Bridgers. The melancholic tune possesses chill instrumentation flavored with a relaxed indie-pop vibration. Furthermore, “Aperol” serves as a tasty appetizer of what listeners can expect to hear from Emina Sonnad in the near future.

We recommend adding Emina Sonnad’s “Aperol” single to your favorite playlist. Also, let us know how you feel in the comment section below. Mel Blanc’s famous catchphrase, “That’s All Folks!” Thanks for reading another great article on Bong Mines Entertainment, and always remember that (P) Positive, (E) Energy, (A) Always, (C) Creates, (E) Elevation (P.E.A.C.E).