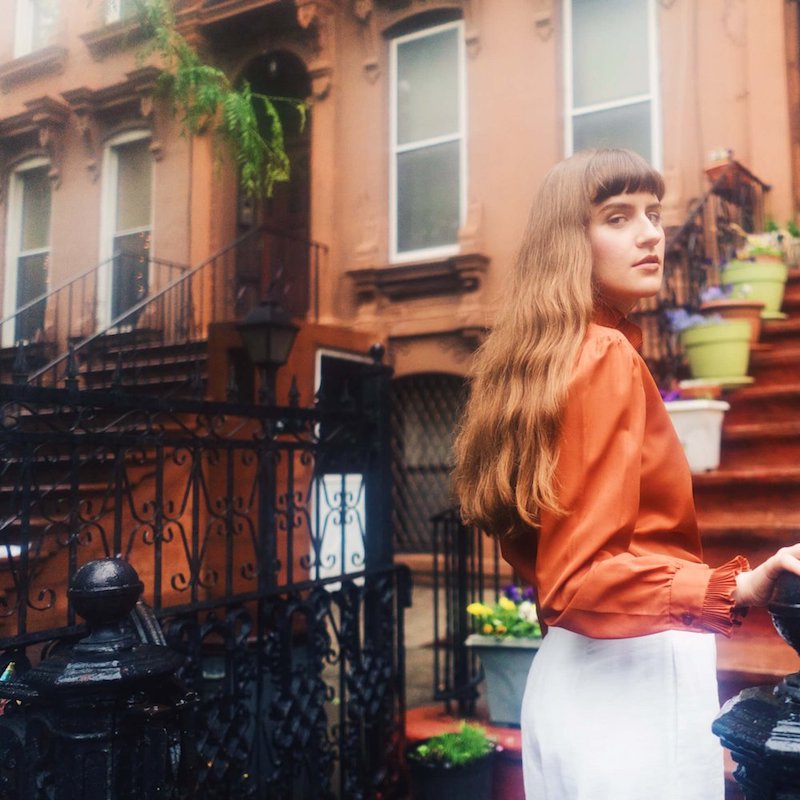 Emilie Kahn releases a music video for her “Island” single

Emilie Kahn (formerly Emilie & Ogden) is a singer-songwriter/harpist based in Montreal, Quebec. Not too long ago, she released a music video for “Island”, a purifying tune from her upcoming sophomore album, entitled, “Outro”.

“I think as women we are often made to feel like we should be in competition with each other, something I’ve always felt in the music industry. I wrote ‘Island’ about that feeling of isolation that comes with worrying that you may never be special enough. Marie-Soleil Denault, the director, and I decided to subvert that narrative and portray a vision of women finding refuge in solidarity instead.” – Emilie Kahn

The Marie-Soleil Denault-directed video finds Emilie Kahn seated at a table inside a café. She’s wearing a red dress with matching gloves. Also, she sugars her tea while two plates of food stare up at her sad face.

Apparently, the person who she was scheduled to dine with hasn’t shown up yet. Therefore, that feeling of not being appreciated by someone you love prompts her to daydream. Now, she imagines herself on a secluded island, far away from the person who has wounded her heart with disappointment.

‘Island’ contains a relatable storyline, soft vocals, and a tender instrumentation embedded with a laid-back vibe.

We recommend adding Emilie Kahn’s “Island” single to your personal playlist. Also, let us know how you feel about it in the comment section below.