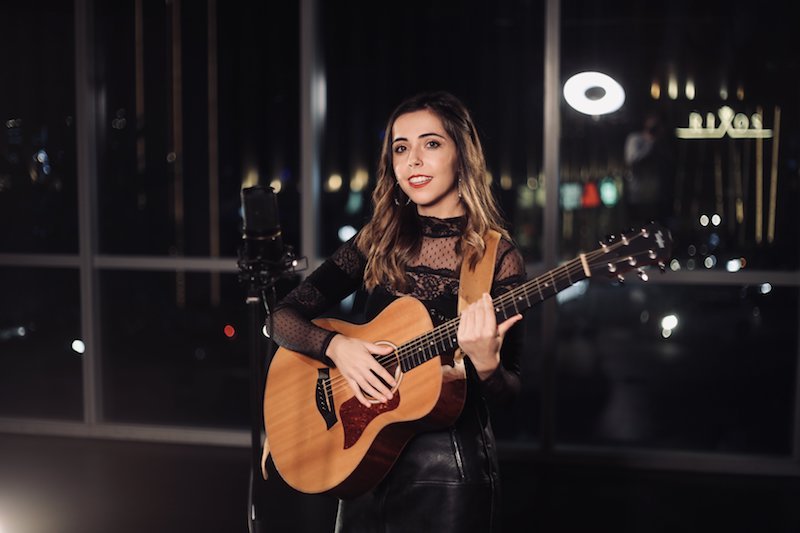 Ellen Louise is an up-and-coming singer-songwriter based in the U.K. Not too long ago, she released a sentimental pop ballad, entitled, “Sandcastles”.

“Seems a million years ago, you would play the piano and I wished that I could play like you. In the kitchen, you’d be singing and I’d be sat there thinking, ‘When I grow up I wanna sing too’. I didn’t tell you I was scared, but we all knew how this would end. I watched you fade away like the sandcastles we made. But now I’ve got to play the game ‘cause you can’t recall my face. I wish that we could build sandcastles today.” – lyrics

‘Sandcastles’ contains a relatable narrative, pleasing vocals, and rich harmonies. Also, the emotive ballad possesses piano-driven instrumentation flavored with a warm indie-pop aroma. Furthermore, “Sandcastles” is Ellen Louise’s debut single and a fantastic introduction to what listeners can expect to hear from the charismatic newcomer in the near future.

“I wrote this song last year when my Grandad passed away. He had been suffering from Alzheimer’s for a while. The song is about the impact this had on those around him and how sad it was to watch him fade away.” – Ellen Louise stated

Ellen Louise has been refining her organic sound ever since she was 14 years old. During that time, she would spend her nights writing songs in her bedroom. Three years later, she was recognized for her talent and invited by BBC introducing to perform a live session. She spent the next few years studying at Leeds College of Music before releasing her debut album, entitled, “Six Feet Under”, in 2018. Since then, Louise has grown her niche fanbase while working on new music, a lot of which was influenced by Joni Mitchell and Fleetwood Mac.

We recommend adding Ellen Louise’s “Sandcastles” single to your personal playlist. Also, let us know how you feel in the comment section below.