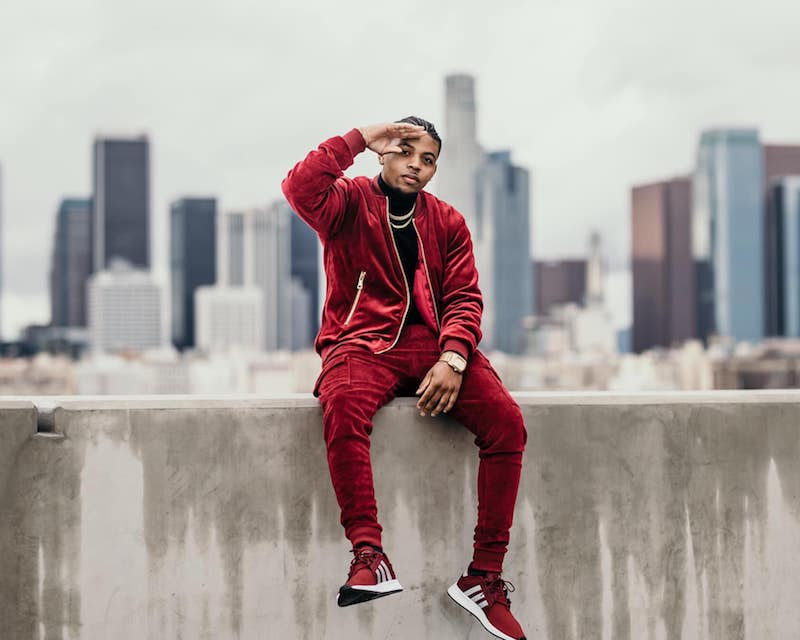 DYFL (Demetrius Lumpkin) is an independent hip-hop artist from Miami, Florida. Not too long ago, he released a melodic hip-hop/rap tune, entitled, “Amen Amen”.

“I was losing my faith. The art was always more important to me but I felt like the artists that cared more about materialism and didn’t deserve the fame and stardom were the people that God was blessing. I was jealous, I was broke, I felt like I was doing something wrong. It affected how I was writing. I was about to make the same music the artists I didn’t like made. I let my struggles make me forget who I was.” – DYFL

“I wanted my faith back, I wanted that same hunger I had before so I went soul searching. I remembered who I was, what the bigger picture was. That’s why in the song I say ‘I use to want a Rolls Royce and Rollie, Jesus piece chain so everybody thinks I’m holy’. Decoded, I’m expressing how wanting fame, money, and success made me lose who I was and what I believed. But with the right people around me, I found my way back and I’m grateful for that every day.” – DYFL

DYFL started recording music under super producers Cool & Dre. Later, he branched out on his own and started releasing mixtapes online.

His third mixtape, entitled, “Rise of A King”, was hosted by DJ Khaled. Since then, DYFL has appeared on the BET series, “One Shot”. Also, he has landed deals with Converse and Journeys shoes for various musical collaborations.

We recommend adding DYFL’s “Amen Amen” single to your personal playlist. Also, let us know how you feel about it in the comment section below.