Diamond White is a talented singer-songwriter from Los Angeles, California. Not too long ago, she released an adorable audiovisual for her “Love Songs 4” single.

“Never needed it, never believed in it. I didn’t think that I would ever know what this feeling is. Been daydreaming it. Never thought that I would know for sure, it’s real, you can’t hide it. It’s something you can feel, so get behind it. Baby, it’s real, you can’t deny it. So don’t try it, baby, you the flyest. And if it all goes down, at least I know I found a boy to break me down and keep me coming back for more.” – lyrics

‘Love Songs 4’ tells the charming tale of a young woman who shares a budding relationship with her significant other. Apparently, she is head-over-heels in love with him, and it appears he feels the same endearing way about her. Later, she admits that she will probably go crazy (out of her mind) if her companion ever decides to leave her side.

‘Love Songs 4’ contains a relatable narrative, ear-welcoming vocals, and tuneful melodies. Also, the likable tune possesses melodic instrumentation scented with a warm contemporary R&B aroma. Furthermore, “Love Songs 4” serves as an appetizing presentation to what listeners can expect to hear from Diamond White in the near future as she continues her claim to fame.

“Money can buy diamond rings, but it don’t get you everything.” 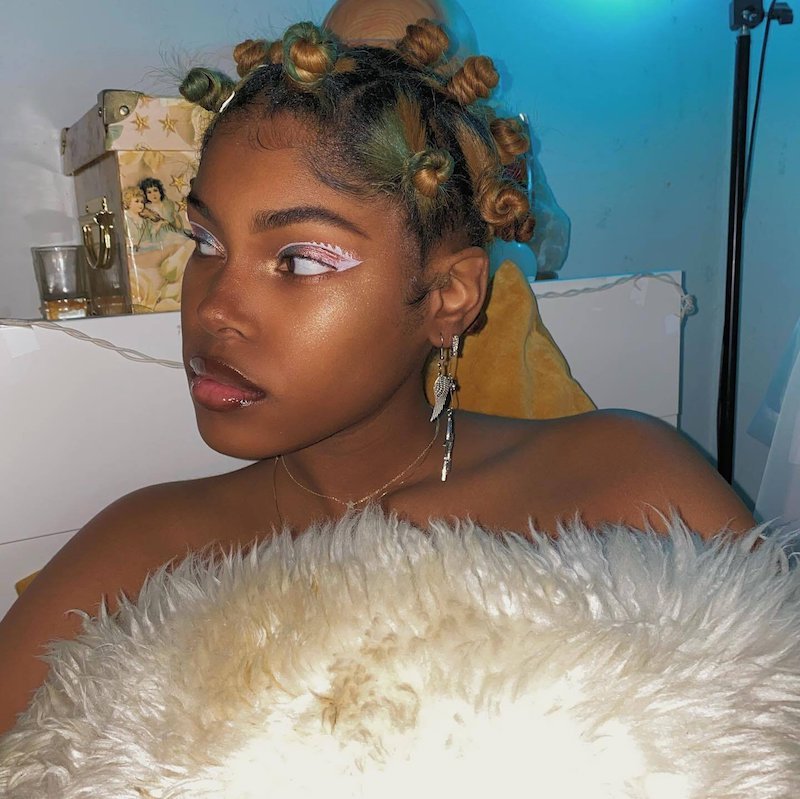 “‘Love Songs 4” was written about what it means to be infatuated with someone so much that you feel like you’re in love. You turn it on and you feel a pink, warm, bubbly love. A champagne sound if you will.” – Diamond White

Every musical era brings forth a new generation of superstars and exceptional talents. Judging from “Love Songs 4”, we conclude that Diamond White is an exceptional young talent with a promising future. When she isn’t creating music, she is following her other passion, which is acting. So far, as an actress, she has starred as Tiffany in Tyler Perry’s #1 worldwide box office horror-comedy, “Boo! A Madea Halloween”. Furthermore, she co-starred in the sequel.

We highly recommend jumping on the Diamond White bandwagon while there’s still room to board. Also, kindly add her “Love Songs 4” single to your personal playlist and let us know how you feel in the comment section below.