Dani Teveluwe (pronounced ‘tee-va-loo’) is an acoustic-pop singer-songwriter based on the Gold Coast (Yugambeh Country, Australia). Not too long ago, she released a lovely indie-folk tune, entitled, “Sweet Summer Nights.”

“‘Sweet Summer Nights’ was written in ten minutes and is a pure stream of consciousness. At the time, I had been playing Lana Del Rey’s Summertime Sadness a lot and had fallen in love with the song all over again. Sitting in the afternoon sunshine, the song came to life effortlessly and soon became one of my favorite tracks from the EP.” – Dani Teveluwe explained

Opening with a meandering acoustic guitar melody and Dani’s arresting vocals, this is an instantly uplifting and sweetly soulful tale of a summer romance. The acoustic guitar is elevated by a feel-good beat and shiny layer of electro-pop shimmer, dreamy oohs, and the celestial infusion of the sah u, a coconut Thai violin played by Peranya Visitchantaragoon. Prettily playing on those summer night feels, “Sweet Summer Nights” carries its intent from lyrics through to instrumentation, transporting listeners to a balmy night, dancing under a moonlit sky, embracing sun-soaked skin, and welcoming the delight of a romantic encounter.

Dani Teveluwe has gone from strength to strength, now stepping into her second year of releasing music. She has been busy of late, playing shows with Jaguar Jonze, Loose Content, Sofia Isella, and Local Safari. As well as touring her last single release, “Waiting Wasting Time,” with WA bands, Death by Denim and Old Mervs. Also, Dani has graced the stage at the council-funded festival, Burleigh bEATS, with local acts such as Chutneyand Charlesworth and opening for the Gary Collocot band at a gig in Lennox Head. Dani’s performances stunned local venues, and had audiences saying, “Female empowerment has a new face.”

Dani was recently successful with two grant applications with the City of Gold Coast, securing funds to create a line of merchandise in collaboration with a local visual artist, and funding through Arts Queensland’s Regional Arts Development Fund to cover recording costs for her debut album. Also, she has been receiving considerable radio support, 4ZZZ via Tone Deaf and The Brag naming her as a local artist to watch. Furthermore, Dani’s songs are getting spins internationally in the US, UK, Namibia, Argentina, Brazil, Italy, Romania, and Canada. 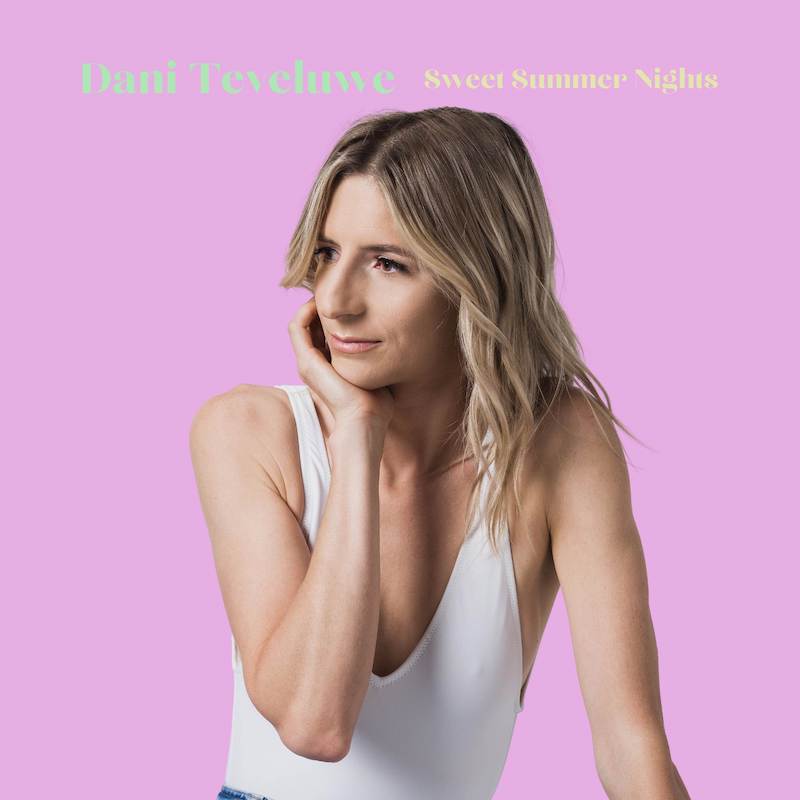 ‘Sweet Summer Nights’ will be warming us up from August 5th, with EP, “Into The Deep,” following on September 2nd. The six-track project was inspired by courage and a David Bowie quote: “If you feel safe working in the area you’re working in, you’re not working in the right area. Always go a little further into the water than you feel you’re capable of being in. Go a little bit out of your depth. And when you don’t feel that your feet are quite touching the bottom, you’re just about in the right place to do something exciting.”

Catch Dani Teveluwe when she supports Andy Martin at two shows on the Gold Coast (Yugambeh Country), at the Burleigh Bazaar on Saturday, August 20th, and again at the Bearded Dragon in Mt Tamborine on Sunday, August 21st.

We recommend adding Dani Teveluwe’s “Sweet Summer Nights” single to your favorite indie-folk playlist. Also, let us know how you feel in the comment section below. Mel Blanc’s famous catchphrase, That’s All Folks! Thanks for reading another great article on Bong Mines Entertainment – the hot spot for new music. Always remember that (P) Positive, (E) Energy, (A) Always, (C) Creates, (E) Elevation (P.E.A.C.E). Contact us on social media via Twitter, YouTube, Instagram, or Facebook, and let us know what’s going on. “Disclaimer: This post contains Apple TV and Apple Music affiliate links. We may earn an affiliate commission when you buy through links on our site.