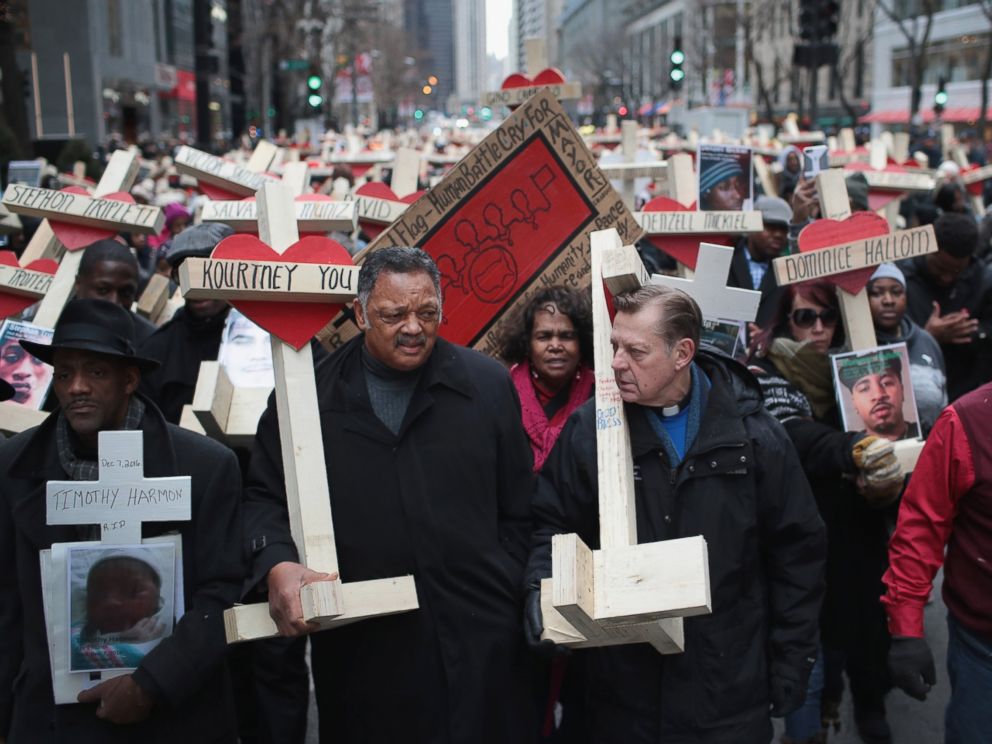 The Rev. Jesse Jackson (L) and Rev. Michael Pfleger carry crosses as they march with other residents, activists, and family members of victims of gun violence down Michigan Avenue, Dec. 31, 2016 in Chicago. (Scott Olson/Getty Images)

Chicago – 762 homicides in 2016 occurred in only five neighborhoods

Chicago – 762 homicides in 2016 occurred in only five neighborhoods on the city’s South and West sides. All poor, and predominantly Black areas where gangs are most active.

People are wondering why the death-rate jumped from 2,426 in 2015 to 3,550 in 2016? Could it be that the police department has failed in its efforts to restore peace in the nation’s third-largest city?

“Officers have become more cautious — in part out of fear of becoming the next ‘viral video’. Criminals watch TV, pay attention to the media, and they see an opportunity to commit nefarious activity.” – Police Superintendent Eddie Johnson

But why is the murder rate still rising, even after police recovered 8,300 illegal guns in 2016? Johnson cited several factors, including a concerted effort not to make minor drug arrests and focus only on gun violence. But many people are wondering why not focus on stopping the forces that are supplying illegal firearms to the gangs?