Cece Vee is a genre-transcending singer-songwriter and multi-instrumentalist based in South Africa. Not too long ago, she released an emotive alternative tune, entitled, “Self-Doubt.”

“I wake at 2 AM to start the day. In the courtrooms of my head asking questions that will sound stupid in the daytime. Deciding on the worst sentence for my crimes and I put the blame on me every time. I cannot shake the feeling that I’m bad to the bone, yeah. My head knows the truth, but my heart is a liar. Nothing hurts like this feeling of self-doubt. I shoulda known by now that all I ever meant was well.”

‘Self-Doubt’ tells an intriguing tale about a young woman’s battle with overthinking and self-doubt. Apparently, she blames herself for everything, and she can’t shake the feeling that she’s bad to the bone. Later, she admits, “Feels like I’m winging it every day and it’s hard to see the right way. But doubt creeps into me every time and tries its best to swallow me.”

“My head knows the truth but my heart is a liar.”

“I often experience self-doubt and I overthink a lot, both in my artistic career and in my personal life. This can look like overthinking decisions, worrying about the future, dealing with imposter syndrome, or lying awake at night, replaying conversations in my head. Today’s society places amazingly high, often unrealistic standards on us all. Not living up to these impossible expectations can often taint our self-image. What I’ve learned so far is that the less you worry about external pressures, the happier you will be. Ultimately, don’t be too hard on yourself. You are probably doing way better than you think.” – Cece Vee explained

Cece Vee realized that her nagging thoughts and feelings can become her biggest obstacle. If she allows it, self-doubt can turn her into her own worst enemy. Her honesty and talent bring toughness to her softest songs, and vulnerability to her loudest ones, and “Self-Doubt” walks the tidy tightrope between those extremes. The song crystalizes Cece’s gifts as an artist. When she sings, it feels as if all the possibilities of the world are opening up. For even just a moment, it seems likely that everything will be okay.

“I put the blame on me every time.”

Cece Vee’s music explores themes such as healing, nostalgia, regret, heartache, and personal growth. Already, she has left an indelible mark on the local and international music scene. Her first few releases have landed Cece a coveted position on the cover of JOOX’s New Pop Hits playlist (“Dysfunctional” and “Wild Hearts”), local and international blog coverage, radio airplay, and chart success. Also, she has achieved on-air interviews on some of South Africa’s biggest radio stations including 5FM and Jacaranda FM among others. A recent career highlight was the use of her single, “Wild Hearts,” in an episode of the US TV series, Good Trouble. 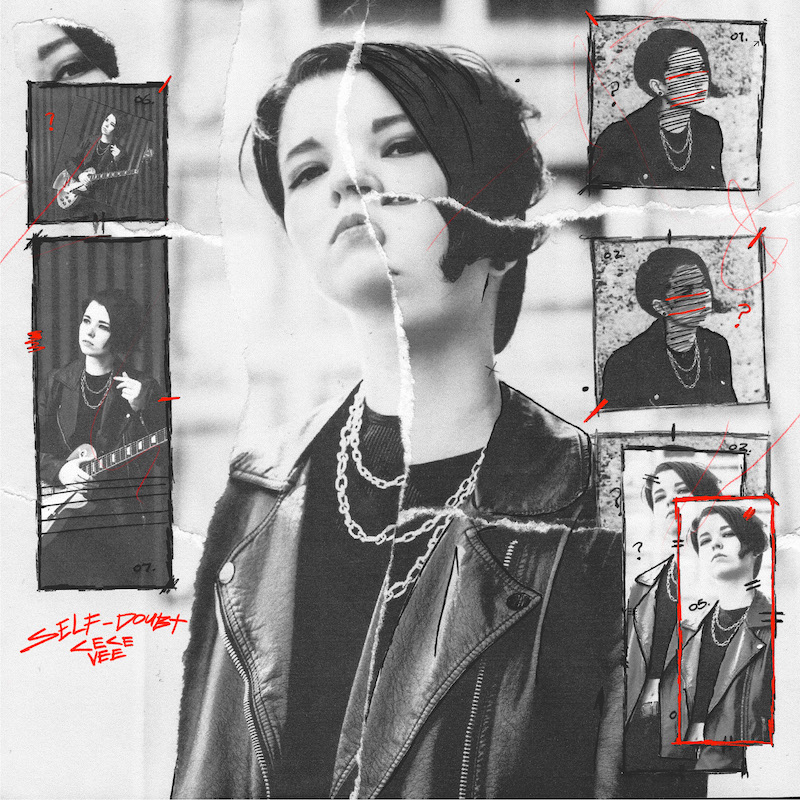 We recommend adding Cece Vee’s “Self-Doubt” single to your favorite alternative pop playlist. Also, let us know how you feel about it in the comment section below. Mel Blanc’s famous catchphrase, “That’s All Folks!” Thanks for reading another great article on Bong Mines Entertainment – the hot spot for new music. Always remember that (P) Positive, (E) Energy, (A) Always, (C) Creates, (E) Elevation (P.E.A.C.E). Contact us on social media via Twitter, YouTube, Instagram, or Facebook, and let us know what’s going on. “Disclaimer: This post contains Apple TV and Apple Music affiliate links. When you buy through links on our site, we may earn an affiliate commission.