Carlos Santana joined forces with The Isley Brothers on “Power of Peace” album. The joint project features two dynamic singles. “Total Destruction to Your Mind” is an upbeat funk record, originated by R&B icon Swamp Dogg. And, “What the World Needs Now is Love”, a classic Bachrach/David ballad. Both songs celebrate the timeless sounds of Funk, Soul, Blues, Rock, Jazz, and Pop while taking us on a mind-bending journey.

“I feel a deep sense of gratitude, appreciation, and thankfulness; there’s a spirit of creativity that came knocking. And presented itself as a golden opportunity to do something with and for a supreme musician. One who I consider to be the best in the world. From God, through us to you, for the world…Mr. Ronnie Isley.” 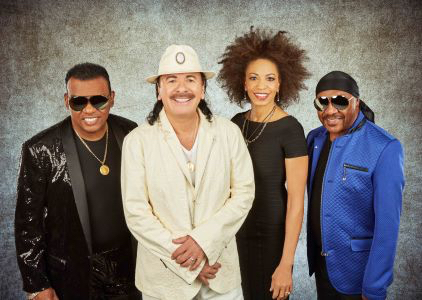 “It was an absolute joy working on this album with Carlos! I hope this record carries the spirit of hope, love and peace to the world that it brought to me, my brother and Carlos!”

“Doing this project with Carlos Santana was fun and illuminating. I hope all music lovers enjoy what we have done.” – Ernie Isley