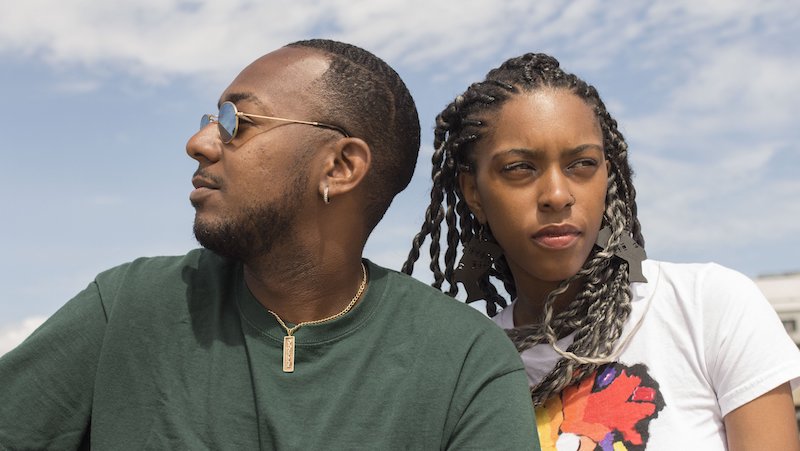 Capital Ode is an up-and-coming NYC-based rapper from Scarborough, Toronto, Canada. Not too long ago, he released an end-of-summer rap tune, entitled, “2:Late”, featuring Jai Emm.

“You don’t ever have to wonder if there is another. Open up my heart and you’ll see you, no matter what we may go through. Yeah, found my ride out the friend zone. I’m zoning while we bone. No, It’s not too late ’cause you were always worth the wait.” – lyrics

‘2:Late’ tells a charming tale of two friends who realize that being romantic with each other could be beneficial to their relationship.

Even though they go from being besties to wettin’ sheets, their relationship also contains a spiritual element to it.

“‘2:Late’ is a song about two people who are friends but never saw a romantic future in their relationship until reuniting after spending some time apart and realizing that they really have a thing for each other now. At which point, they have to wonder if it’s too late to shoot that shot.” – Capital Ode

Capital Ode was born on the East side of the Greater Toronto Area to two immigrant parents.

His father was a dancehall/house DJ from Guyana and his mother is a poet/author from Spanish Town, Jamaica.

His early musical influences include Jodeci, The Temptations, Boyz II Men, and his all‐time favorite—Dru Hill. But a freestyle battle in a middle school lunchroom induced him to fall in love with rapping and Hip Hop culture.

‘2:Late’ follows in the heels of Capital Ode’s “Banner in the Rafters” single. Also, it will be featured on his upcoming album, entitled, “Don’t Come Home Dead”, available on October 15, 2019.

We recommend adding Capital Ode’s “2:Late” single to your personal playlist. Also, let us know how you feel about it in the comment section below.