Cam Anthony releases a heartfelt R&B single, entitled, “Keep It Between Us”

Cam Anthony is a talented singer-songwriter from Philadelphia, PA. Not too long ago, he released a heartfelt R&B single, entitled, “Keep It Between Us,” via Republic Records.

Cam Anthony – “Keep It Between Us” lyric video

“‘Keep It Between Us’ gave me room to really sing. It’s definitely a mix between classic and modern R&B. I want to create staple songs like the ones we grew up with. Lyrically, it’s about the unspoken language you have with someone else. It doesn’t have to be a person you’re in a relationship with; it could be someone you’re pursuing. It’s a mixture of feelings, but the main thing is to keep it between you both. When you listen to me, I hope you can relate the music to your life. I want to give you a full experience and sing the soundtrack to your love story.” – Cam Anthony explained

‘Keep It Between Us’ contains a relatable narrative, ear-pleasing vocals, and soulful melodies that will resonate well with music lovers worldwide. The emotive tune possesses guitar-laden instrumentation flavored with a throwback, contemporary R&B vibration. Furthermore, “Keep It Between Us” paves the way for more music to come from Cam Anthony very soon.

“When I was singing in church as a kid, I noticed how my voice affected people, even though I was young at the time. I noticed it could make them feel better or inspire them to go on another day. Those things changed my perspective on what I can actually do with my voice. It became a tool. Once I realized I was able to help change lives by singing something meaningful, I knew what I wanted to do for the rest of my life.” – Cam Anthony explained

When Cam Anthony recognized the power of his voice, he found his purpose. So far, he has brought The Apollo to its feet, performed at the request of The Obama family multiple times, and earned the respect of legends such as Dr. Dre. As a kid back in North Philly, he began to hone his talents as part of the church choir before eventually uploading covers to YouTube. He gained traction with renditions of Sam Cooke’s “A Change Is Gonna Come,” Bruno Mars’ “When I was Your Man,” and Bill Withers’ “Ain’t No Sunshine.” The latter exploded to the tune of nearly 10 million views.

Cam’s take on Jason Mraz’s “I Won’t Give Up” caught the attention of Ellen DeGeneres who invited him to perform on Ellen at the age of 12. Soon after, he sang at The White House twice during the Obama administration, took the stage at Tom Joyner’s Family Reunion successive years in a row, and uplifted “The Star-Spangled Banner” at various NFL and MLB games. Along the way, Dr. Dre signed him to Aftermath, and he emerged victorious on FOX’s Showtime At The Apollo.

Shining on NBC’s The Voice in 2021, Cam won Season 20 as part of Team Blake Shelton and inked a deal with Republic Records. After quietly grinding for years with his Detroit-based artist management team, Cam has delivered countless show-stopping performances. His manager, Danny Love, discovered Cam’s talent at age 11 and Toya Hankins also represented the successful career trajectory of multi-Grammy nominated artists, KEM and Eric Benet. With this team, he fulfills his purpose at the highest level on his debut for Republic Records and much more to come.

“Keep It Between Us” single 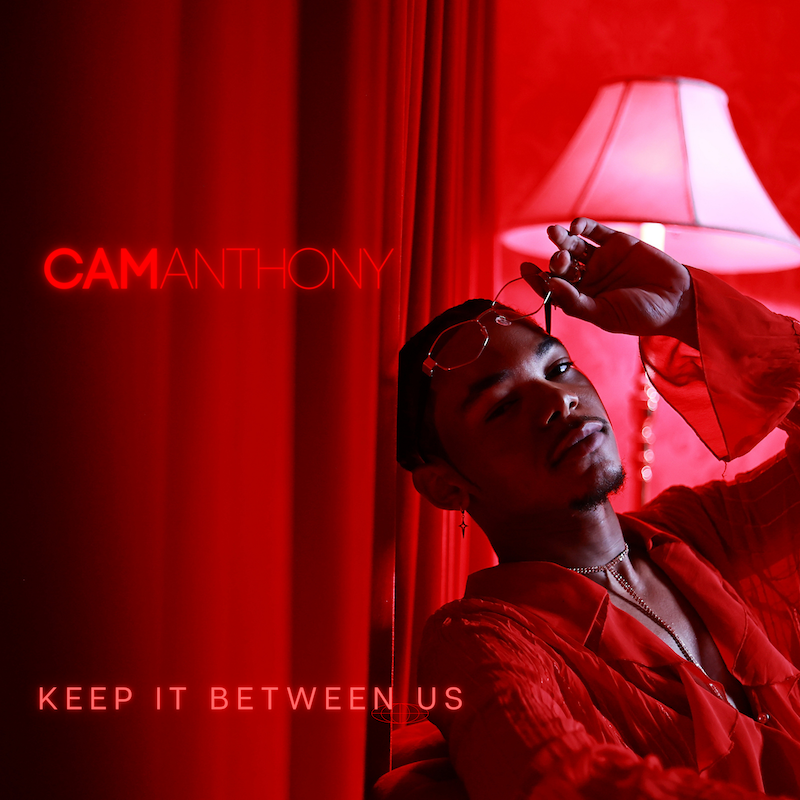 We recommend adding Cam Anthony’s “Keep It Between Us” single to your favorite contemporary R&B playlist. Also, let us know how you feel in the comment section below. Mel Blanc’s famous catchphrase, That’s All Folks! Thanks for reading another great article on Bong Mines Entertainment – the hot spot for new music. Always remember that (P) Positive, (E) Energy, (A) Always, (C) Creates, (E) Elevation (P.E.A.C.E). Contact us on social media via Twitter, YouTube, Instagram, or Facebook, and let us know what’s going on. “Disclaimer: This post contains Apple TV and Apple Music affiliate links. We may earn an affiliate commission when you buy through links on our site.