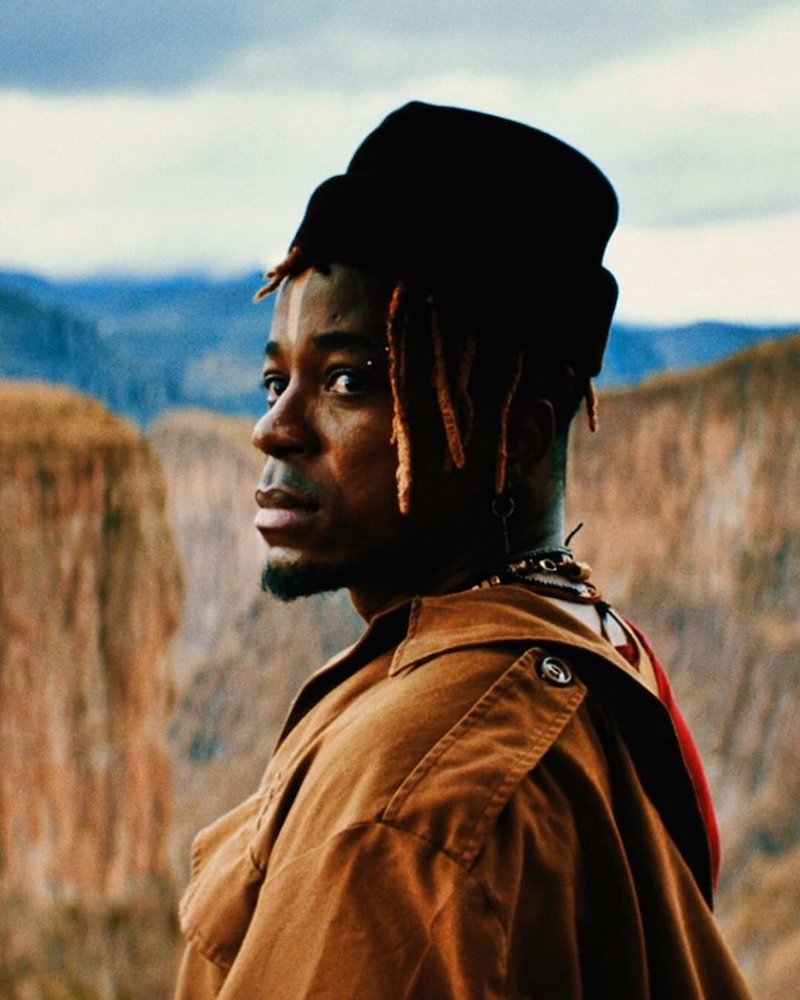 Blick Bassy is a France-based singer-songwriter from Cameroon. Not too long ago, he released a cinematic music video for “Ngwa”, which means ‘my friend’ in English. Also, the song is the lead single from Bassy’s upcoming album, entitled, “1958”.

“The narrative of Ruben Um Nyobé is one that resonates throughout the continent. One that is still grappling with the legacy of colonialism and attempts to redress the consequences thereof. This is echoed in the video’s initial scenes which reference renowned Kenyan author Ngugi Wa Thiongo’s book, ‘Matigari’. Where a freedom fighter lays down his arms for a supposed prosperous future where bloodshed shall be no more. Will he regret the decision? Also, another representation at the video’s end spawns from the images of a lifeless freedom fighter turning into a tree. Reminiscent of South African political icon Solomon Mahlangu, who was killed by the Apartheid government. His last words before his death were, ‘My blood will nourish the tree that will bear the fruits of freedom.’” – Tebogo Malope, director

The video captures Bassy embodying, not only the spirit of Um Nyobé the man, but also the Cameroonian nation, and their intrinsic cultural identity. Also, it meditates on the relationship between present-day Cameroon and its former French colonizers.

“In school, we studied the French version of what happened. The way I learned it in the books was that they were agitators, troublemakers. Which is wrong. Um Nyobé was in this movement hidden in the mountains, organizing the Cameroonian People’s Union. Also, the truth about what happened has never been out.” – Blick Bassy

‘Ngwa’ tells a historical tale about the death of Ruben Um Nyobé, founder of the Union Of Cameroonian Peoples. He was one of the forgotten heroes of Cameroonian’s fight for independence.  Also, he was shot dead by the French army on September 13, 1958. Two years before the country received its independence.

“‘Ngwa’, I wanted to pay tribute to your fight, our fight. But also to your philosophy. Where the values of equality, antiracism, anti-xenophobia, serve emancipation and fulfillment for every human being.” – Blick Bassy

Bassy’s music took shape with the award-winning band, Macase, with whom he released many albums, and ended in the release of “Akö”. The dynamic project included the track, “Kiki”, which was used to launch the iPhone 6 in 2015.

We recommend adding Blick Bassy’s “Ngwa” single to your personal playlist. Also, let us know how you feel about it in the comment section below.